‘Tis almost time for what is arguably the calendar’s best beer-drinking season: autumn. Beers perfect for fall are bracingly warming and richly crafted, concoctions meant for slower sipping — unlike the thinner, juicier thirst-quenchers consumers pound in the spring and summer.

And there’s so many of them! Yet for many beer fans, geeks included, fall is all about pumpkin ale (and the odd pumpkin lager). That’s all well and gourd, but pumpkin beers are not the first and last word for the season.

Branch out beyond the infernal squash. To help, here are four autumnally sound styles to ease into as the weather cools and the leaves turn.

The Marzen style dates from the pre-refrigeration days of brewing, when brewers would make the last batches of the winter in March (or Marzen, in German) and then store them through the warmer spring and summer months for release in the fall.

In the U.S., Marzen is synonymous with Oktoberfest. The two terms are often used interchangeably on packaging and nearly every beer calling itself Oktoberfest traces its stylistic genesis to Marzen. As for the term Oktoberfest, that traces its origins to an 1810 festival in Munich to celebrate the wedding of the Bavarian crown prince.

It’s technically meant to refer solely to that festival and its many imitators, which generally kick off in September and October, but so many brewers have adopted Oktoberfest, or Octoberfest, as a synonym for their fall Marzen releases that resistance is futile. Marzen here is Oktoberfest.

Marzen/Oktoberfest should be lagers made with Munich malt — that Bavaria connection — which produces an orangey-amber color and a sweet finish. They should not be too bitter and should be on the lower end of the alcohol-by-volume spectrum (say, less than 6 percent ABV).

Peak Organic Hop Harvest Oktoberfest
4.9 percent ABV; IBUs n/a, though probably quite high for the style
This offering from one of the more notable names in the nation’s growing ranks of organic brewers is a wonderfully aromatic spin on the style, malty sweet but also refreshingly bitter.

Brown ale was once one of the nation’s most popular craft beer styles — remember Pete’s Wicked Ale? — but the Godzilla that is the super-hoppy American IPA stomped the style into near-oblivion.

It has come quietly back in all its “warm sweetness” (as the late, great critic Michael Jackson once described brown ale), a chewy, chocolaty accoutrement to any cooler, crisper evening. Plus, brown ales tend to be lower in alcohol and not at all that bitter by American standards.

Old Brown Dog
6.5 percent ABV; 29.5 IBUs
This a sweet, slightly bitter brown ale from Smuttynose of New Hampshire — pretty much a perfect example of the style. 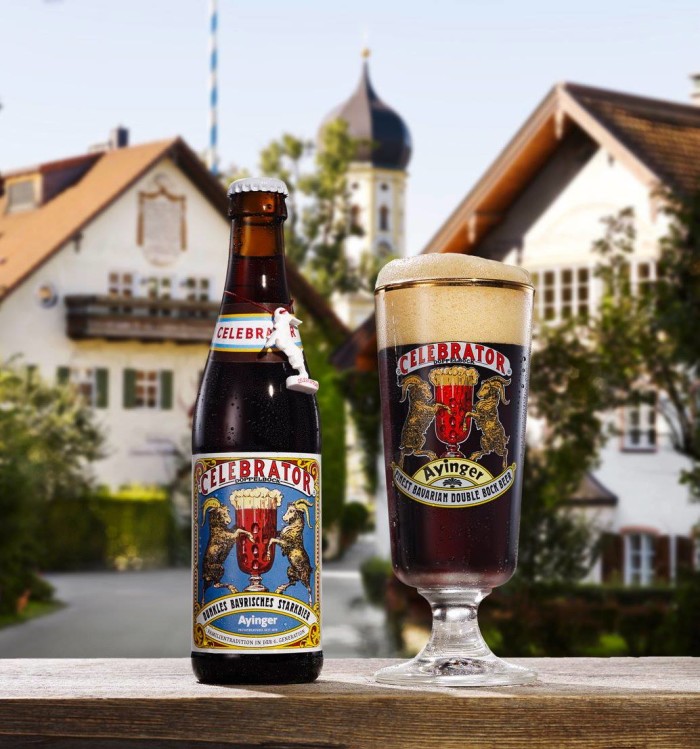 Bock is essentially strong lager. It was likely born in the late Middle Ages in the town of Einbeck in what’s now southwestern Germany. Protestant reformer (or Catholic heretic) Martin Luther was supposedly a big fan, and bock’s reputation as a kind of bracing meal in a glass not unlike that English-born style barleywine ensured its widespread success for centuries.

That success faltered a bit against the 19th-century rise of pilsner, kolsch and other lighter styles. But there are few heavier, stronger types of beer more appropriate for the cooler months than bock. Yes, it’s sweetly rich and unapologetically powerful, but it’s also humble and smooth, a trickily drinkable brew that rewards pensive sipping.

In the U.S., myriad brands are essentially bocks — strong, German-inspired lagers — without actually calling themselves so, making bock one of the more stealthily influential styles ever. Also, most bocks are seasonal releases, though the season varies from brewery to brewery. Some swear by spring for these, others by fall — we’re with the latter. (In the case of spring bocks, they might be the lighter maibocks, as in May bocks.)

As for doppelbock, it’s exactly what it means in German: double bock. Like the double IPA to the IPA, doppelbocks are even stronger versions of a style that already typically clocks in at more than 5 percent alcohol by volume.

Samuel Adams Chocolate Bock
5.8 percent ABV; 11 IBUs
As the name implies, it’s all about the chocolate up front and on the finish. Altogether sweet, but not too sweet.

Tröegs Troegenator Double Bock
8.2 percent ABV; 25 IBUs
This Hershey, Pennsylvania-based brewery already makes one of the best Christmas/holiday/winter ales of all time. No surprise that it does another thick, rich style very well. This doppelbock is, indeed, a meal in a glass, dessert included.

Ayinger Celebrator Doppelbock
6.7 percent ABV; 24 IBUs
Perhaps unsurprisingly given the genesis of the style, this German brewery just outside of Munich produces one of the best bock/doppelbock beers on Earth. Hints of toffee, chocolate and molasses run all the way through, with an inviting drinkability (e.g., tastes great, less filling).

The milk stout style emerged in the late 19th century, very likely first in the U.K. and then in other parts of Europe and the British empire. Simply put, it’s the dark ale style known as stout, but with lactose (a.k.a. milk sugar) added.

Since brewers’ yeast cannot convert milk sugar, the unfermentable material lends heft to what is likely an already thick and hearty stout. It also adds an undeniable sweetness as well as what many invariably describe as a creaminess (hence milk stout’s other name, cream stout). There’s bound to be roasted maltiness, too, and probably some bitterness.

The point is: Milk stout is ultimately a complex style that is difficult to figure out on the first encounter. It demands a second or a third try. In a row. Perfect for longer evenings.

The Duck-Rabbit Milk Stout
5.7 percent ABV; IBU n/a but likely pretty low
This eastern North Carolina brewery specializes in darker beers and produces one of the best milk stouts in America. Full-bodied and only slightly sweet, it’s got a velvety texture and a nice, warming finish.

Left Hand Milk Stout
6 percent ABV; 25 IBUs
The Colorado outfit also makes one of the best milk stouts in the nation. Creamy layers give way to a bone-dry finish. (Left Hand also produces a nitro version of its milk stout; it’s even creamier.)

Stone Coffee Milk Stout
5 percent ABV; 40 IBUs
Leave it to one of the pioneers of extreme beer to produce a truly unique-tasting iteration of the style. The Southern California–based brewery’s concoction is like a double espresso capped with a toasty, smooth finish that packs a nice alcoholic bite.

Tom Acitelli is the author of  The Audacity of Hops: The History of America’s Craft Beer Revolution. His latest, American Wine: A Coming-of-Age Story, was a finalist for the 2016 James Beard Award for best beverage book.