In November 1980, Ken Grossman and Paul Camusi, two Northern California homebrewing enthusiasts who had recently launched a brewery called Sierra Nevada, came out with a pale ale that was unabashedly citrusy and bitter. They called it, simply, Sierra Nevada Pale Ale and released it in the spring of 1981.

It was their Chico-based brewery’s second commercial offering — the first had been a stout — but it ended up becoming first among American-made pale ales, a standard bearer and a bellwether for the English-devised style in the States.

The pale ale still accounts for nearly half of the output of Sierra Nevada, which has grown since its 1980 launch to be the second- or third-biggest craft brewery by volume, depending on whose definition of “craft” you use. The brewery now has a vastly expanded headquarters in Chico and an East Coast brewery in Mills River, North Carolina. Grossman remains in charge — he bought out an increasingly disinterested Camusi nearly 20 years ago — and Steve Dresler has been the head brewer since 1985.

Sierra Nevada’s repertoire has ballooned, of course, well beyond that pale ale and stout. The brewery produced more than 200 different beers in 2015, including eight year-round releases and numerous seasonals. We’ve vetted nine beers to ease you into your own discovery of this multifaceted brewing juggernaut.

Pale Ale
Citrusy sweet and pleasantly bitter, Sierra Nevada Pale is an all-events, all-seasons beer, a true classic. It was also one of the first beers to popularize the Cascade hop, which itself was the first American-grown hop used to provide aroma in commercial beer. Previously only European varieties got the aromatic honor, American ones relegated to the more utilitarian bittering phase of brewing. The Pale Ale is a manageable 5.6 percent alcohol by volume.

Stout
This spin on the classic English style is velvety rich all the way through, with strong hints of coffee and dark chocolate. It also has a nice, dry finish and is pleasantly hoppy (stouts are supposed to be all about the malts). At nearly 6 percent ABV, it’s perfect for warming up during the cooler months.

Porter
A roastier version of the brewery’s stout (in our opinion), it’s a bit lusher and sweeter, too. It’s also got an ABV similar to the stout’s, and the same sort of dry finish. A good introduction to another English-born style and one that’s not too heavy on the palate, nor the stomach.

Nooner Pilsner
Crisp, clear, clean, refreshing in its lack of adornment, the Nooner is the Sierra Nevada selection for people who just want a straight-ahead beer. At 5.2 percent ABV, it’s positively sessionable.

Torpedo Extra IPA
For those who want to graduate from the Pale Ale to something even juicier and hoppier, there’s Sierra Nevada’s ex-officio double India pale ale. The brewery says this offering was the first to feature Sierra Nevada’s “Hop Torpedo,” a device designed to impart plenty of hop aroma without a lot of the bitterness that hops can bring. The result is that rare thing in West Coast IPAs: a well-balanced hop bomb. It’s 7.2 percent ABV, so tread carefully.

Kellerweiss
This cloudy wheat beer is lemony smooth and a perfect accoutrement to the warmer spring days ahead. Sierra Nevada makes it in open fermenters, which are exactly what they sound like and which likely impart a complexity the beer would not otherwise achieve. The Kellerweiss is also unfiltered — hence the cloudiness. And at just under 5 percent ABV, it, too, is sessionable. 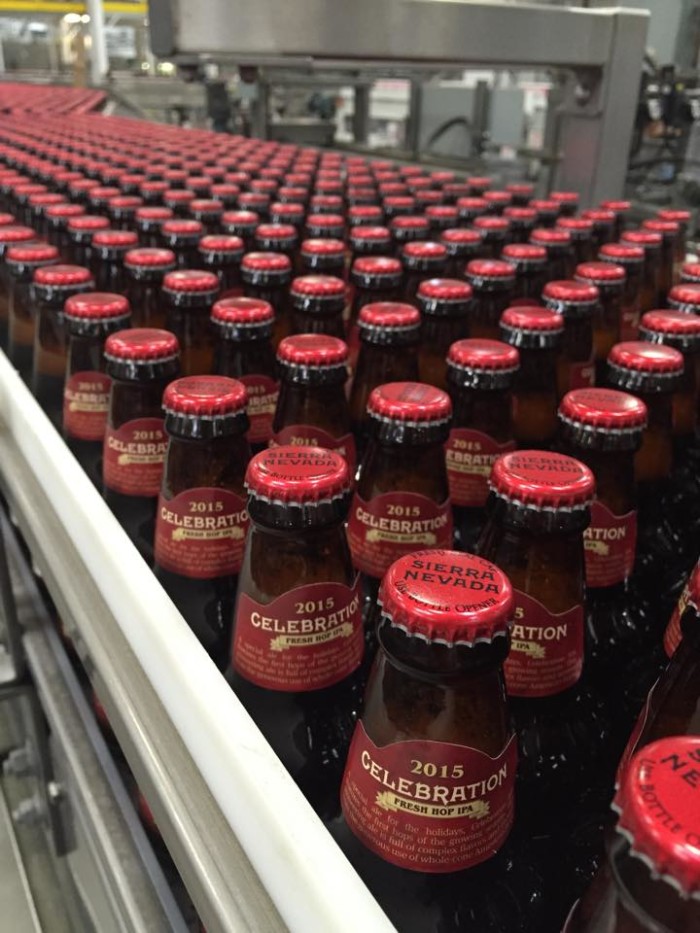 Celebration
You may still be able to find bottles of this winter seasonal on the shelves. If so, buy it and let it age until next winter. The extra time will only bring out more of the textured sweetness that’s offset nicely at the finish with a hoppy crispness. Celebration is always a nice alternative to all those super-spicy, somewhat syrupy holiday beers. Nearly 7 percent ABV.

Bigfoot Barleywine-Style Ale
This is another seasonal you can age. Sierra Nevada’s contribution to perhaps the most stonking strong of all beer styles seems (to us) to vary from year to year. The last one we had was from 2014, and it had a sort of burnt-brown-sugar aroma and a lot of hoppy spiciness up front and on the finish. An eminently sippable beer, even at around 9.5 percent ABV (or maybe because of it).

Summerfest
Like the Nooner, Sierra Nevada’s summer seasonal is a crisp, clean, refreshing pilsner. Summerfest is spicier, though, and has a sweet finish that’s thankfully dry. A lot of summer beers tend to be needlessly busy affairs when simple is what’s wanted amid the heat. An even 5 percent ABV.

Otra Vez
Sierra Nevada’s contribution to the It style of 2015, this gose is dosed with pear cactus and grapefruit, and both help it achieve an unusual balance between sweet and sour. And we tasted only a touch of salt, a hallmark ingredient in the gose style. Finally, the ABV is just 4.5 percent, making Otra Vez (Spanish for “again”) the least alcoholic of the bunch.

Tom Acitelli is the author of  The Audacity of Hops: The History of America’s Craft Beer Revolution and the new fine-wine history American Wine: A Coming-of-Age Story.