Whoever says “Fresh is best” may need a refresher in deliciously crispy and slightly tangy pickles. Or savory miso, spicy kimchi, bubbly kombucha and everyone’s favorite: beer. Fermentation has long been a way to preserve beloved foods, usually altering the taste and texture of the food item, sometimes for the better. Here are 15 fermented foods you should know about and eat.

Tangy and creamy, yogurt isn’t only reserved for breakfast. There’s a huge variety of the stuff that’s incredibly versatile and can be eaten in sweet or savory dishes.

Another fermented dairy product, kefir is a thinner substance than yogurt and can used as a milk substitute in marinating, ranch dressings and baking. It’s also great when drunk on its own.

For those of us who can’t or don’t want to ingest dairy, there’s the miracle of coconut yogurt — that way everyone can have a parfait.

A product of fermenting soybeans with koji fungus and salt, miso is traditionally served as a simple Japanese soup with tofu, seaweed and scallions. It can also be used as a dressing or mixed with butter to create a creamy spread that’s packed with umami flavor.

Often seen as a hippie vegan meat substitute, tempeh is another by-product of fermented soybeans. It has a slightly spongy, absorbent texture and packs in copious amounts of protein. 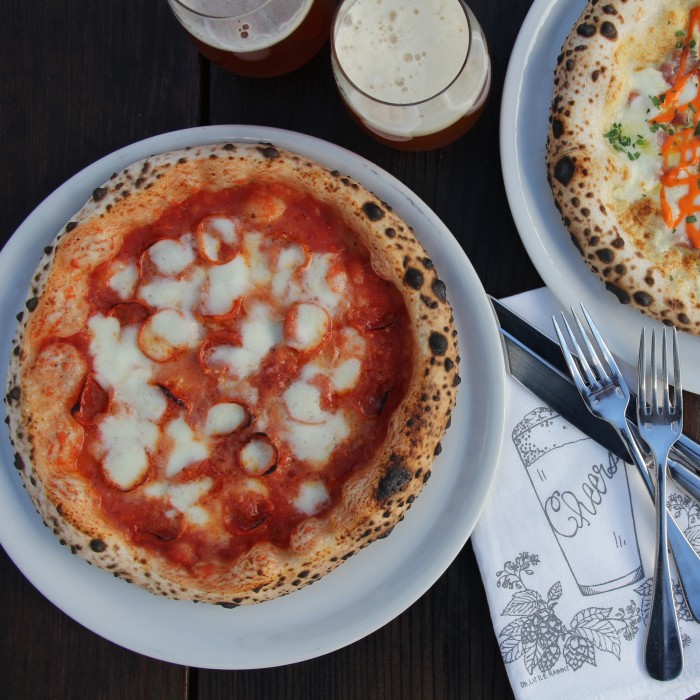 Wild yeast and bacteria give this bread that signature tangy taste. When baking this dough, a “starter” filled with yeast and bacteria is needed to make it sourdough, making this process somewhat unpredictable at times. It makes for great pizza, stuffing or just plain ol’ bread.

This pickled and fermented cabbage is a staple in German cuisine and is traditionally paired with sausages and hot dogs. Here are two recipes for the delicious pickled cabbage.

Salami, coppa, bresaola, bologna, guanciale and many, many more. These meats are pressed, stuffed, dried in special temperature- and humidity-controlled rooms and fermented into the beautiful styles of charcuterie.

Carrots, cucumbers, beets, radishes. You name it, you’re likely able to pickle it. Most veggies are pickled in jars in a salted, sometimes spicy, sweet, garlicky or herb-spiked brine.

This is preservation the Korean way. Cabbage and scallions are fermented in a spicy brine to produce beautifully bright red kimchi.

Fermented soybeans make the list again, but this time in actual soybean form. These sticky beans are fermented with bacteria in a pressure cooker and are commonly eaten as a snack in Japan.

A mix between beer and soft drink, this slightly alcoholic Eastern European beverage (less than 1.2 percent ABV) is made by fermenting bread with sugar and a fruit of choice. Sometimes the bread isn’t needed at all! Here’s a recipe for cucumber fennel kvass.

Need we say more? These bubbly libations become what they are after wheat or rye has fermented with yeast in hot conditions, making the phrase “fresh beer” an oxymoron. Sometimes the fermentation will happen spontaneously.

Tequila’s smoky cousin is made when yeast and bacteria are introduced to crushed agave. Depending on what kind of microbes hang out, the mezcal’s nuanced flavors can be greatly affected.

This fermented tea is brewed from a slimy, alien-like living colony of yeast and bacteria called a SCOBY.