At first glance, this small, lumpy white tuber looks a bit like a fat grub. But fear not: There is nothing insectivorous about the crosne (pronounced “crone”). In fact, it’s a delicious late fall nosh. The flavor resembles that of sunchokes, and you can treat crosnes the same way. Or do as chef Joey Beato of Community Tavern in Chicago does and pickle them. “Crosnes are unique in texture, flavor and appearance,” says the chef. “They add nice texture to any dish you incorporate them into.” Whether you want to play with them raw, roast them or preserve them, crosnes are one ingredient sure to add some tastiness to your dishes this season.

Unlike other tubers, crosnes are — get this — part of the mint family. Originating in Japan, the crosne made its way to China, where it became an important ingredient in Chinese medicine. Today, the whole vegetable is still revered as a cold remedy and symbolizes longevity. It sports a French name it received when it came to Europe in the 1880s. The man behind bringing the tuber to Europe was Monsieur Pailleux, and since cultivation started near the town of Crosne, it was given that name. You’ll also see this vegetable under the monikers Chinese artichoke, Japanese artichoke, chorogi and knot root.

One reason we don’t see crosnes all over the market is because they’re painstaking to harvest — they’re picked by hand. Hours of picking yields only a few pounds of edible product, but the result is well worth the effort, as one can see by the ingredient’s rising cult popularity.

Crosnes are harvested in the mid to late fall and end up in the markets after the first week or two of October. In the United States, this tuber mainly grows in California, though more and more farmers are starting to cultivate them across the country. 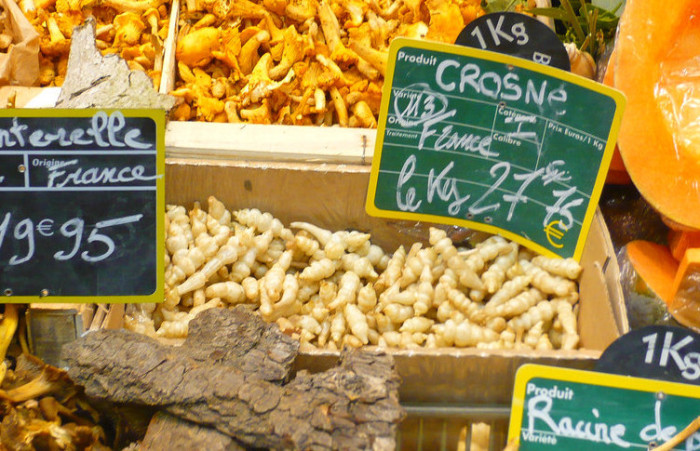 This tiny tuber may resemble a two-inch-long grub, a strand of fat pearls or a knotty witch finger prop from Halloween. The thin skin is pale, ranging from white to very light beige. In the market you will see them in bins or baskets, often without the mint-like leaves attached. You want to choose crosnes that are firm with no blackening or dark spots.

How To Store Them

Raw crosnes need to be stored in the fridge in a bowl or other non-airtight container, and should be used within six days. If you decide to pickle or can them, the vegetable will keep in the fridge for up to three months.

How To Prepare Them

Take joy in the crosne’s nutty, artichoke-like flavor, akin to a fresh sunchoke. They also have a pleasing crunch, which will soften slightly when pickled (recipe below) or cooked. “My favorite way to use them is to pickle them, and a sweet pickling liquid really works well with the flavor of the crosnes,” says Beato, who first came across the ingredient while working at Má Pêche in New York. He likes to cure them with salt and sugar and then throw them in with sautéed vegetables. “Aside from pickling, you can clean them throughly and eat them raw, blanched and you can even lightly roast them.”

At his Windy City restaurant, the chef serves pickled crosnes on his charred Chinese broccoli dish. He says to clean them you need to thoroughly rinse with cold water, scrubbing to remove dirt, but gently — not so hard that you take off the skin. He warns, “Don’t cook them too much, or else you will lose that fantastic texture.”

Another great way to use crosnes for your next dinner is to slightly blanch them, slice and toss into a fall salad, gently roast with an array of winter squash (add to the roasting pan when the squash is halfway done), salt and sauté for a simple side dish or give your next stir fry a nice crunch by slicing raw discs of this tuber right before finishing. Of course, you can always clean and eat them plain as well, as the juicy, crunchiness of the crosne make for a satisfying, healthy snack. 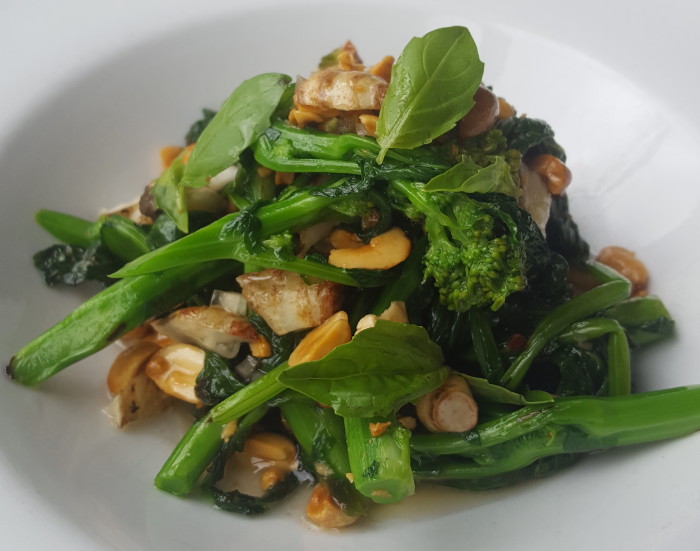