There is nothing like Mexican food, a cuisine that encompasses tacos, burritos, grilled meats, fresh fish, epic braises, quesadillas, salsas and all sorts of spicy, sweet, savory and delicious dishes. You can find all these incarnations and more in Denver — not surprising given the city’s population is 20 percent Latino, with the majority from Mexico or of Mexican descent. Many of city’s fast and cheap joints are found for miles up and down Federal Boulevard, but some of the best have popped up in seemingly random locations throughout the metropolitan area. You can choose from upscale to lowbrow, including green chile–filled New Mexican–style eats, classic Mexico City items and your everyday street tacos. It’s all found in Denver and oh so addictive. Here are seven spots to hit the next time you’re in town and craving something great in a tortilla.

In simple terms, los chingones means “the cool or awesome ones,” and dining in this graffitied, colorful and easygoing spot will definitely make you feel like one of the gang. Though chef and restauranteur Troy Guard may not be Mexican, at his RiNo and Denver Tech Center eateries he certainly makes up for it with his cuisine. No, Guard isn’t trying to make your grandmother’s pozole, but he is dishing out tasty, thoughtful Mexican-themed foods. For example: the tres pigs nachos, a decadent plate that incorporates sriracha-lime aioli, bacon, housemade chorizo and pig’s ear into the usual chips-and-cheese mix. Other treats: taquitos featuring braised goat, an appetizer of guacamole crowned with fried rattlesnake chorizo (you heard that right) and tacos with with lamb neck, duck carnitas or charred onion. For a true taste of Mexico and Colorado cuisines combined, this is a destination. 2461 Larimer St., Denver, CO 80205; 303-295-0686; loschingonesmexican.com

During the 13 years I lived in NYC, every time I visited Denver a stop or two at this laid-back cantina proved necessary. Almost as if I couldn’t leave without at least one injection of their heaping plates of super-gooey cheese enchiladas, flavorful pork tamales smothered in spicy green chile and the unbelievably crispy chile rellenos, which are still my favorite in the whole city. The style runs more toward New Mexican–Mexican fare, with green chile being a large component and cheese topping just about everything. For $1 you can get an endless basket of warm, homemade chips and the perfect restaurant salsa —just be warned that if you eat too many, chances are you won’t finish the real food when it comes. No matter. One great thing about leftovers from this joint is eating more later. It’s not surprising that this South Broadway space has always been on my list; after all, the family-run place has been going strong since the 1960s. Here’s hoping it has another 50 years. 457 South Broadway, Denver, CO 80209; 303-778-0147; bluebonnetrestaurant.com

On any given day, you can expect to see locals, hipsters, Mexicans and businessmen all sitting elbow-to-elbow at the long counter of this divey Mexican joint in Lincoln Park. When it first opened in 1985, it was just another cheap eatery, but over the years more and more people have flocked there for the pork chile verde breakfast burritos, the highly addictive chile relleno burrito and beef cheek tacos. Today the long, small building has a fresh coat of bright yellow paint, and guests can sit out front, at the counter or in one of the booths. Order to go or stay, just don’t try to make anything complicated. When the server asks if you want it “smothered,” say yes and add a pineapple agua fresca to chase it all down. 714 Santa Fe Dr., Denver, CO 80204; 303-623-3926; eltacodemexicodenver.com 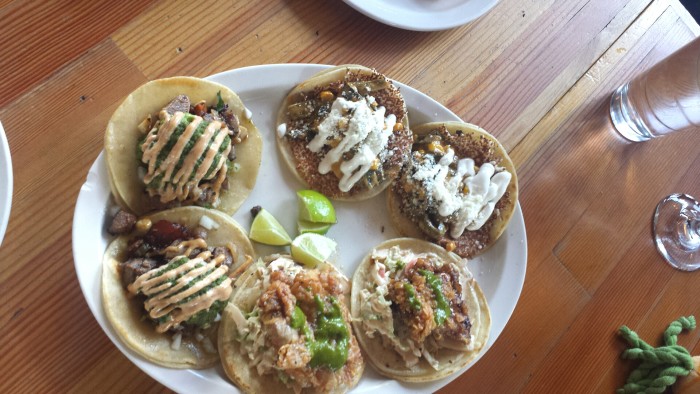 These “fucking tacos” are some of the best you’ll find in the city! True, they prove more elevated than your usual street taco, but with combinations such as pan-roasted shrimp and scallops with Yucatán pico de gallo and avocado crema; griddled cotija cheese with avocado and roasted tomatillo salsa; and agave-dipped fried chicken, coleslaw and Mexican chimichurri, it’s easy to see why people have flocked here. Chef-owner Kevin Morrison started out with humbler roots as a taco truck. Funny enough, there was a lot of controversy about putting the word “pinche” (a dirty word in Spanish) on a sign, so while many people know of the two brick-and-mortar businesses as Pinche Tacos, it’s also called Tacos, Tequila & Whiskey. Order one of the excellent starters, a craft cocktail and one of the best lengua tacos around: a dish made with triple-cooked Colorado beef tongue, guajillo honey mayonnaise, roasted tomatillo salsa, avocado and onion. End your meal with house-made churros served with Mexican hot chocolate dipping sauce, and you won’t even mind it didn’t come from a cart. 1514 York St., Denever, CO 80206; 720-475-1337; tacostequilawhiskey.com

If you’ve never had a fried taco, you’ll need to make a stop at this iconic downtown restaurant. In fact, popular belief has it that the family that owns Mexico City Restaurant & Lounge invented (or at least imported) the fried taco back in the 1960s. What exactly makes up this indulgent item? It’s a white corn tortilla with melted cheese that’s deep-fried and topped with steak, chicken or ground beef. The latter proved to be my favorite, kind of like a Mexican-style cheeseburger. Speaking of burgers, they also make a mean actual Mexican burger, which comes pressed with beans in a tortilla and smothered with pork green chile, tomatoes, lettuce, and cheese. 2115 Larimer St., Denver, CO 80203; 303-296-0563; mexicocitydenver.com

Once again, a story about a taco truck that was so popular it became a permanent spot for fans of wonderful Mexican goodness. Owner Rayme Rossello uses her Southern charm to sell some of the best Mexico City–themed bites around. The menu maintains a street food sensibility, such as the easy-to-eat salty roasted jalapeños, tacos with pork carnitas cooked in Stella Artois, roasted poblano and onion tostadas with crema and Chimayo chile-roasted chicken quesadillas. They’re all whipped up by chef Martin Campos, who handles both the Denver and Longmont locations, as well as the original bright pink food truck. The food here is fresh and vibrant, and not too far off of what you might find in Mexico. 3350 Brighton Blvd., Unit 105, Denver, CO 80216; 303-296-2747; eatcomida.com 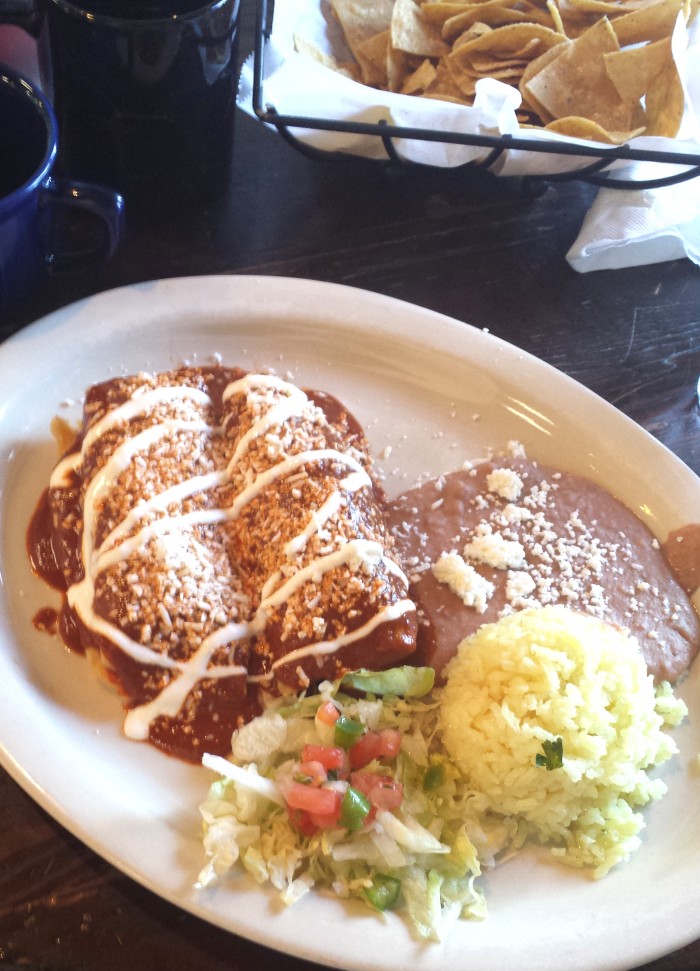 For three years, Brian Rossi’s Adelitas has been rocking the Platt Park neighborhood of Denver, and with good reason. First, the eatery makes all of your favorite Mexican food dishes super-fresh. Second, you’ll find some of the best homemade sauces around, like a hearty mole made with peanuts, chile verde Michoacáno and chile rojo. Finally, though the restaurant boasts a menu featuring crowd favorites like tacos al pastor, fajitas, enchiladas and pozole, the food isn’t everyday Mexican. In fact, most of the fare garners inspiration from Michoacán, a state to the west of Mexico City. The decor is festive and bright, with enough heft to handle large parties, a gaggle of children and the bar crowd. On that note, Adelitas has some of the best margaritas in the city, and that alone is worth a visit. 1294 South Broadway, Denver CO 80210; 303-778-1294; adelitasdenver.com