If you live in a sizable city, chances are you’ve tried Ethiopian food. Even the long-running cartoon sitcom The Simpsons includes an episode where Marge and the kids learn to “rip and dip” into the rich stews you’ll find on an Ethiopian table. The cuisine is one of the world’s healthiest and most flavorful, not to mention most photogenic. Ethiopians are rightly proud of their culture and take pains to preserve traditional foodways.

This is a land where extreme hospitality reigns. In the words of Eliza Richman, cofounder of the excellent Addis Eats walking tours (which I participated in when I visited the Ethiopian capital, Addis Ababa, last year), “You’d better announce you already ate when you arrive at someone’s house. You’re going to eat two plates of food no matter what.” A very nice tradition is a “gursha,” which refers to feeding close friends and family a bite during the meal. Since food is generally eaten with the hands, this is a very intimate and loving gesture. Or, as Marge Simpson put it, “When you stick a pancake into someone’s mouth, it’s a gursha. Everybody gursha!”

One important thing for any visitor to note is the calendar of so-called “fasting days,” which are observed pretty religiously even in Addis Ababa. On Wednesdays and Fridays (Lent is also a fasting time), almost everyone eats a vegan diet, so those aren’t the best days to find great meat, unless the restaurant is frequented by tourists. (But who wants to dine at those places?) Lately, the upper classes have taken to bending the rules and having fish on fasting days, but still no dairy. Ethiopian is one of the best cuisines for vegetarians and vegans, since these traditions mean there’s always a large variety of veggie options on the menu. You can’t go wrong with the bayenetu, a colorful smorgasbord of vegetable dishes arranged on a round of injera. Below are 10 more essential Ethiopian dishes:

“Injera is not a dish itself, but the vehicle for almost every single meal in Ethiopia,” says Richman. She’s not kidding: When I was in Addis (as everyone calls it) last year, even a breakfast of stir-fried injera, known as fir-fir, was served with even more injera on the side.

As mentioned, eating Ethiopian almost always means eating with your hands. In lieu of silverware, injera is used to scoop up whatever is served, from collard greens to lentils to nubs of meat. Emily Post acolytes needn’t freak out, since injera has its own etiquette. As Richman instructed me last year, first you rip off a piece of bread from the communal supply, then you rip off smaller pieces from your portion as you go, using them to scoop up individual bites. All of this should be done with the right hand. (Here’s a video primer courtesy of Addis Eats to help you master your injera game.)

Injera is also a superfood. The flatbread’s main ingredient is teff, “an ancient grain that was first cultivated in Ethiopia,” explains Addis Eats cofounder Xavier Curtis. “It’s incredibly high in protein, calcium, and iron and also naturally gluten-free.” If you’ve ever eaten injera Stateside and found it to be heavy, it’s probably made with cheaper rice flour, which “gives a similar consistency, but it’s heavy,” he says.

The country’s “go-to meat dish,” as Curtis describes it, is usually made from beef cut into small chunks and sautéed in butter or oil with onions, garlic, hot pepper and rosemary. You’ll find this on most general Ethiopian menus, served with injera, naturally.

Says Richman, “This is Ethiopia’s peasant dish, although it’s eaten by all classes and is the most popular dish in the country.” In Addis, Richman and Curtis took my group to a hole-in-the-wall specializing in shiro. (It was Friday, a fasting day, so this was in lieu of visiting a butcher shop with an attached restaurant.) The reddish, saucy dish is made by combining a flour of ground split peas and chickpeas with kibbe, or spiced clarified butter. “It’s an incredibly rich and delicious dish,” Richman says. “This is our favorite thing to eat in Ethiopia.”

“Berbere is the name of the chili pepper and also the name of Ethiopia’s most prominent spice mix,” explains Curtis. “Everyone has a different recipe and these variations are often highly guarded family secrets, containing a minimum of 12 ingredients and a maximum of 25,” commonly including garlic, ginger, cardamom and fenugreek. “Typically, an individual or a restaurant will buy large sacks of berbere peppers once a year and dry them in the hot sun with the other dried spices,” says Richman. “The peppers and all the other spices are then brought to a local mill to be ground into a powder.”

Tartare fans, this might be your favorite new Ethiopian dish. Kitfo is ground raw beef that’s been mixed with kibbe, the spiced clarified butter. It can be accompanied by mitmita, another popular Ethiopian spice blend. The result melts in your mouth and tastes great with the typical accompaniments of gomen (cooked greens) and a soft fresh cheese. A special flatbread called kocho usually accompanies the dish, along with injera. Says Curtis, “It is one of the dishes Ethiopians are most proud of, and it’s always served at parties, holidays, et cetera. We know of people who break the 55-day Easter fast with kitfo.”

Ethiopians are super-proud of their coffee, which they grow domestically. Richman explains, “Ethiopia is the birthplace of coffee and grows hundreds of varieties, and there are still thousands of undiscovered varieties! The majority of coffee in Ethiopia is still wild-grown and harvested on a very small scale.” You can find very good espresso all over Addis Ababa (a legacy of Mussolini’s short-lived, unsuccessful attempt to colonize the country), but the more traditional way to enjoy the beverage is with a coffee ceremony. After a meal at someone’s house, or even at a restaurant, you may be presented with a small cup of strong espresso that’s been brewed over a charcoal brazier in a clay urn. “Incense is burned after a coffee ceremony, but not pure frankincense, because that’s only for the church,” says Richman.

Here in the West, we usually refer to tej as “honey wine.” Well, that’s wrong. “Calling it a wine is a misnomer, as it’s more similar to a boozy, sweet after-dinner drink,” Richman explains, and made from “smoky, earthy unprocessed honey.” Though I failed to get into the drink’s sweet, potent taste, Ethiopians love it so much that tej is considered the national drink. Maybe I just didn’t try the right one. Curtis tells me that “the best tej in the country is found in the areas where the highest-quality honey is produced (usually in the north).” Tej is typically served in glasses resembling a laboratory beaker. Its yellow color comes in part from the addition of powdered gesho, a species of buckthorn that lends a hoppy quality.

Ever had avocado juice? If you hit up a juice house in Ethiopia, it’s likely you’ll try it. Long before the yoga crowd got into juicing, Ethiopians have been drinking fresh fruit juices on the regular, “usually as a snack, maybe between breakfast and lunch,” Richman explains. On the Addis Eats tour, I sampled the tasty tri-colored concoction above made with papaya, pineapple and avocado juices. Since juices are sometimes thinned out with water, make sure the place boils theirs.

The most typical Ethiopian breakfast is fir-fir, shredded leftover injera that’s stir-fried with berbere and kibbe. The spicy, carb-y morning meal might be mixed with leftover shiro or meat stews. And yes, even though the main ingredient in fir-fir is injera, it’ll probably be served with more injera on the side.

On my Addis Eats walking tour, we sampled doro wat, a rich red-colored chicken stew Richman describes as “iconic.” We were lucky to eat it in a restaurant, since the dish is usually “hard to find, because it’s generally made in people’s homes,” she explains. Good doro wat should be prepared with Ethiopian chickens raised free-range on small farms, rather than the larger “farangi” (foreigner) chickens you can also find in the country. The stew gets its deep red hue from berbere, and the richness is often offset with an accompaniment of fresh cheese and gomen (stewed greens). 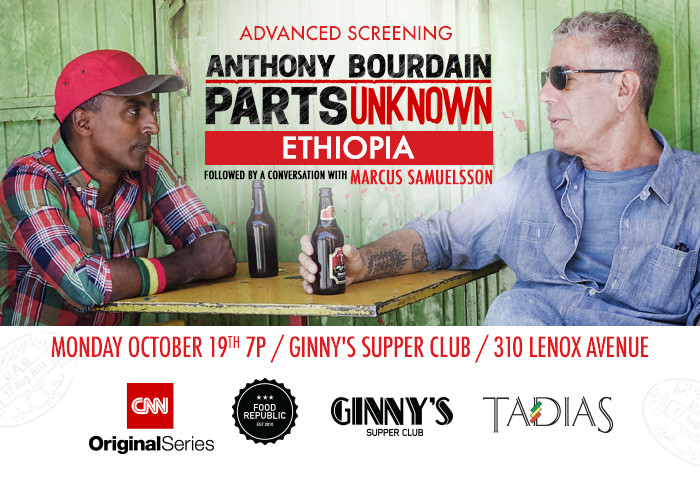