Now that I’ve had my jollies, we can focus on the matter at hand, which of course is butter. I’m sure many of you are like “Yeah, there’s salted and unsalted,” and I’m sure at least one person is reading this right now thinking “OMG THERE’S MORE THAN ONE KIND OF BUTTER?!?” but even I didn’t truly understand the scope of available buttery goodness until I started to look into it. So let’s learn about it!

What is butter exactly? It’s an emulsion of water dispersed in fat. Fresh milk or cream, on a microscopic level, is basically tiny bubbles of fat suspended in liquid. Protein membranes surround each bubble, keeping the fat from sticking together. But when you agitate the liquid (a.k.a. churn butter, old-school style) you break those membranes, and all the little bits of fat break out and stick together. With enough agitation, you’re left with solid butter and some separated buttermilk. Fill a mason jar halfway with cream, screw the lid on and shake it until you have butter. No joke. Give it a try — I did, and I’m never going back.

Here are the different kinds of butter you’ll find at the supermarket and how to use each to its advantage. 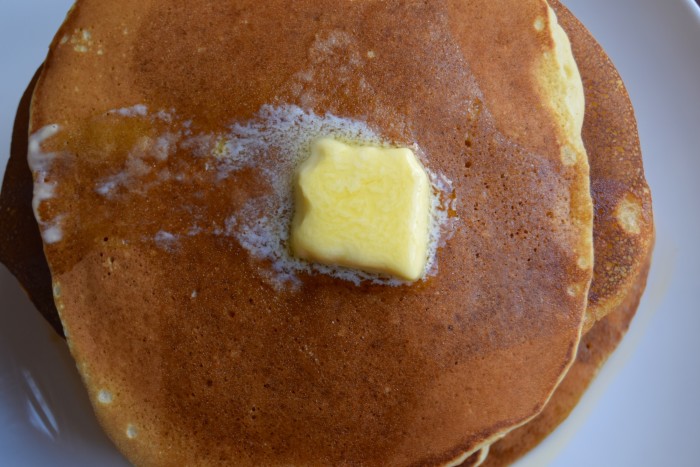 The “normal” stuff, as far as we’re concerned in the States. Great on waffles, pancakes, and toast, salted butter is a versatile finishing butter you most likely know, love and have in your fridge right now. Commercial butter in the U.S. has to contain at least 80 percent butter fat and is considered “sweet cream” butter, meaning it’s made from fresh pasteurized milk versus cultured or fermented milk (more on that later).

Unsalted is the same thing, but no salt. If you’re doing some baking or making a pan sauce, you’ll want to use unsalted butter to make sure your end product isn’t overly salty; it’s hard to control how much salt is in the butter, so using unsalted butter ensures that you can properly control the salt in your dish. Unsalted butter on toast or waffles is bland, though, so if this is all you have for those, make sure you sprinkle a bit of salt on there.

Mmm, this is my favorite. The same as normal butter, but the milk or cream is from grass-fed cows. This gives it a yellower hue and a more vibrant, grassy flavor. Also, word on the street is that grass-fed butter is waaay healthier than regular butter, possibly on par with olive oil in terms of fatty acids and omega-whatevers and blah blah blah, it’s okay, I know I lost you a while back. Bottom line, for me, is I love the way grass-fed butter tastes, and if you test it out you might agree (and also maybe reap some health benefits). You can get salted or unsalted grass-fed butter, and the same basic rules of regular butter apply. I generally don’t keep regular butter around, just salted and unsalted versions of grass-fed. 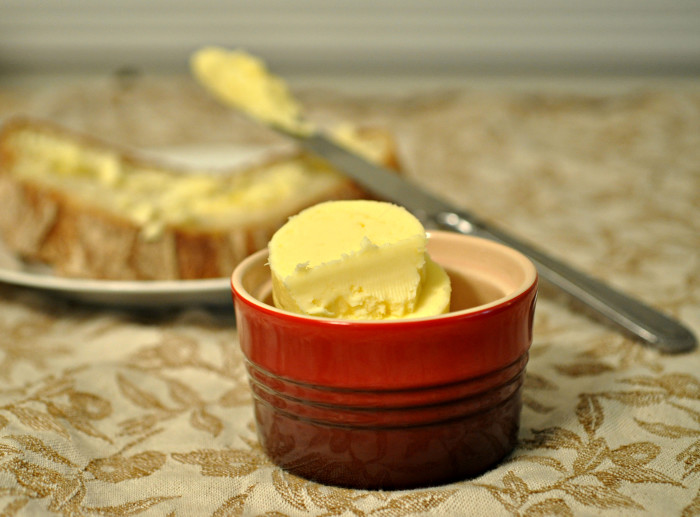 When people originally started making butter, they collected cream that they skimmed off their fresh milk over a few days before they had enough to churn into butter, and that time allowed the cream to start to ferment; that’s cultured butter. Most cultured butter today is made from added bacteria instead of natural fermentation, but the end result is basically the same, with additional aroma compounds from the fermentation and a more “buttery” taste according to many. You can treat cultured butter just like regular butter in terms of use and cooking (again, there are salted and unsalted varieties), but it can definitely add an extra tang to your dish, so make sure that’s what you want. 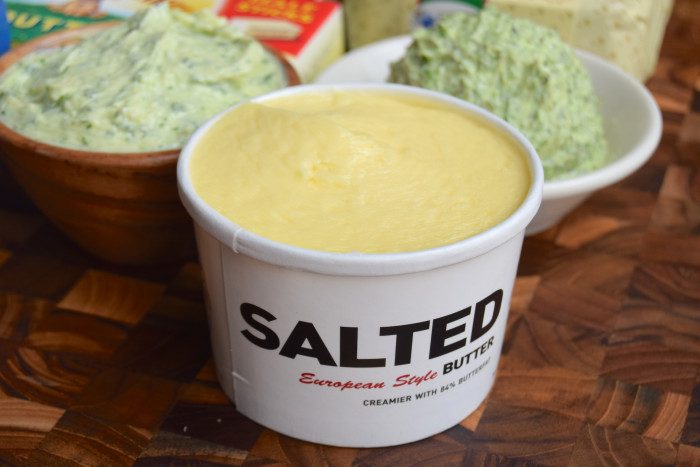 In the U.S., this is often what cultured butter is labeled as, and if you go to Europe you’re likely to find cultured butter. There are a lot of variations of “European butter” though, so check the ingredients to get an idea of what’s going on. A few European butters have special legal geographical designations (like Champagne or Bordeaux), like Beurre d’Isigny from France and Beurre d’Ardenne from Belgium. Since most European butter is cultured, make sure you take that tanginess into account when you cook with it. 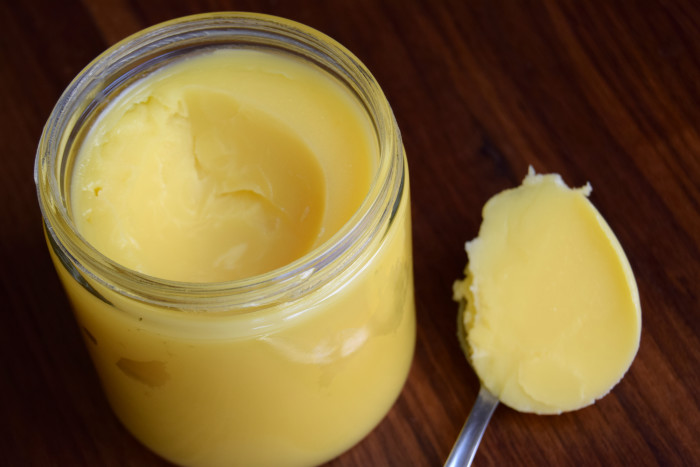 Clarified butter (also known as ghee) is made from rendering butter; the water evaporates, and the milk solids float to the surface and are skimmed off, leaving just the butter fat. Clarified butter has a higher smoke point than regular butter because of the lack of easily burnable milk solids (485° F vs. 325-375° F), so you can use it for higher-heat applications, like frying things. Commonly used in Indian and Southeast Asian cuisines, clarified butter stays fresh longer than regular butter since it has less water (and water encourages spoilage). This is what you’re usually going to have with something like lobster, because seafood + dairy = meh, but seafood + pure fat = YUM. 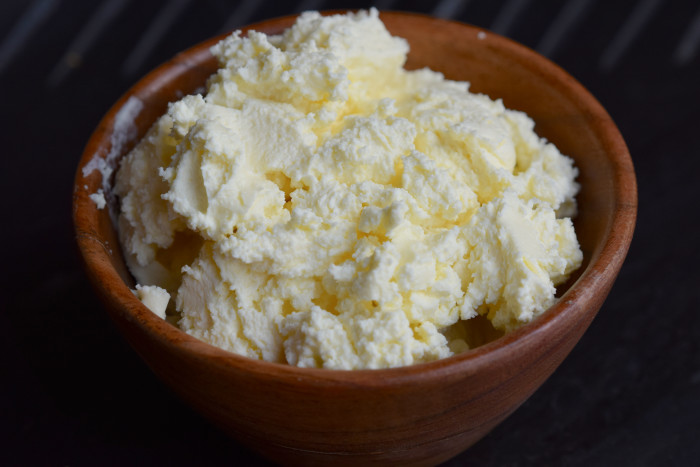 Similar to butter, but made in an entirely different fashion, with milk or cream indirectly heated and then left to cool in shallow pans, where clumps or “clots” of cream rise to the top and are separated. It’s an essential part of cream tea in England (a break for tea and scones with jam and clotted cream). In the U.S., its high fat content means this dairy treat is technically a butter. 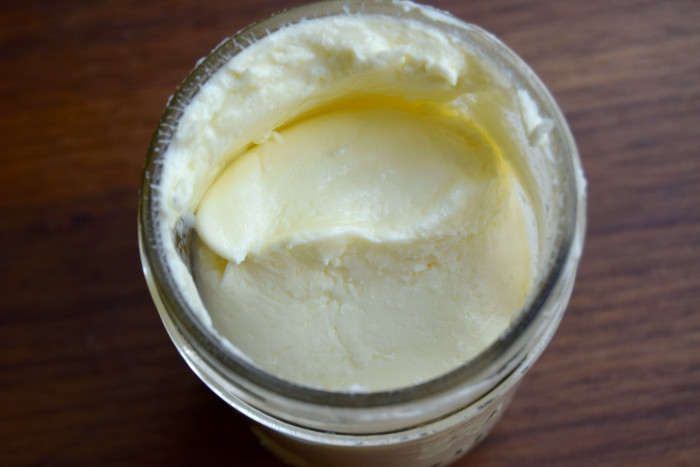 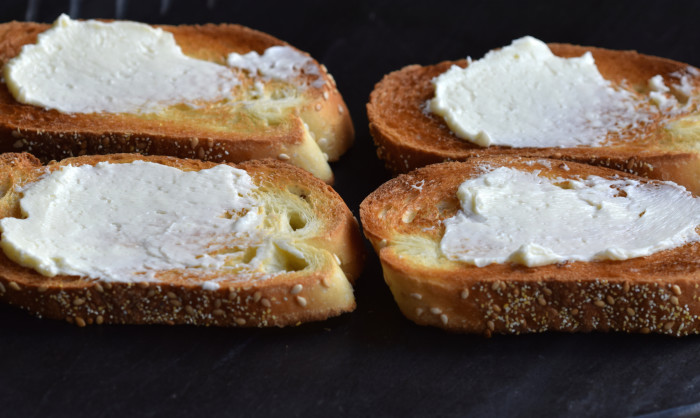 Quite possibly the best butter you’ve ever had. Get some high-quality cream (grass-fed if you can find it), throw it in a food processor or blender or stand mixer, turn on and let run about seven minutes, and BOOM: You have butter. Just pour off the liquid and season with salt to taste. It’s a spreadable, delectable treat that will seriously take your toast to new heights you didn’t even know existed. You can cook with this if you want, but it has such a luscious mouthfeel that it just really wants to be spread on something and eaten straight-up.

I’ll give you a chance to guess. It’s butter made from goat’s or sheep’s milk! It’s thought that the first butters ever made were made from either goat or sheep, since they were both domesticated about 1,000 years before cows. Just make sure you taste these first before you dive right in, as they’re not going to taste like the butter you’re used to. They’ll have a certain farm-y note like you’d taste in goat or sheep cheese.

Roux
Flour and butter, mixed and cooked together. The base for the four original French “mother sauces,” (bechamel, veloute, tomate, espagnol) roux is the perfect thing to thicken any liquid you’re dealing with, from sauce to broth.

Brown Butter
Put butter in a hot pan and brown it with some herbs. You just made sauce. Yup. That’s seriously it. Try it with sage and serve it on top of some cheese-filled ravioli or tortellini.

Natural Emulsifier
Butter itself is technically an emulsification, and that’s part of what makes it such a great emulsifying agent. If you’re making a pan sauce, a little butter goes a long way toward binding your sauce into one silky-smooth consistency. 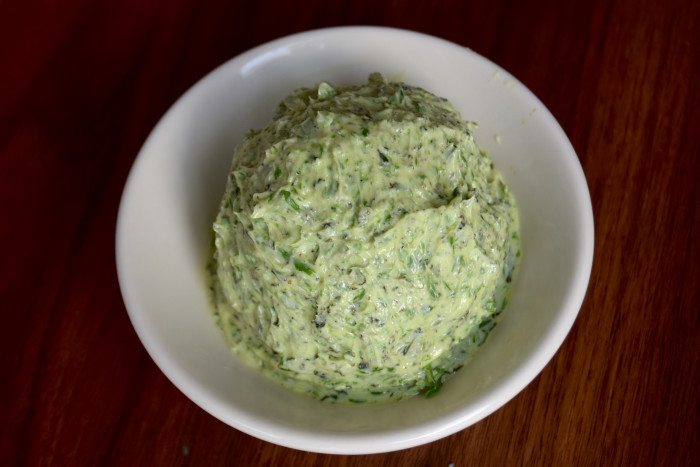 You can mix anything into butter and create a completely new thing. Put minced garlic into butter and spread onto bread for the best garlic toast ever. Or blend some rosemary, basil, thyme, and oregano into butter and put on top of a steak for one of the more deliciously simple takes on a tried-and-true favorite.