Did you know that we have a ton of awesome sushi recipes and stories that need a new home in your kitchen? And we’ve got even more for our maki and nigiri enthusiast friends: handy explainers, crucial techniques and in-depth guides about our favorite masala-infused treats. Take a deep dive into our colorful sushi section for dishes from award-winning chefs and cookbook writers, and freshen up your repertoire from Japan. Here are a few of our recent favorites:

Edomaezushi, or Edomae-style sushi is Saito’s specialty, and an uncommon one to bring to the United States. Born from the necessity to quickly and effectively preserve fresh fish before refrigeration technology, this centuries-old technique of wrapping fish in salty, slightly acidic kelp results in a meltingly tender final product. Its enhanced umami flavors are otherwise impossible to achieve.

Here’s a word that didn’t make it into Merriam-Webster’s latest round of recruits: beefshi. Some call it the new kid on the block; others call it mean names. Nevertheless, the trend of beef-centric sushi presses forward. Will it catch on? An informal office survey suggests that nobody we know seems particularly eager, but Newsday says it’s all over Long Island.

Nigiri-zushi, hand-squeezed sushi is the most difficult to master — it is not just a case of making small rice nuggets and putting slices of raw fish on top. It is an art that takes years of apprenticeship, and out of respect, in Japan people tend not make this type of sushi at home, but go to sushi bars. But do not be disappointed, because there is a quick and easy version of nigiri-zushi called temari-zushi, literally handball-sushi.

VR Sushi Bar Is Our Kind Of Gaming Experience

Sushi-making video games are alive and well, maki fans. What was once a noble trade that required advanced culinary skills and tons of hard work and discipline can now be done with nothing more than a VR headset and a Steam account. VR Sushi Bar lets you control the sushi bar with your own two hands, and feed a steady stream of raw fish-loving cartoon animals hungry for nigiri and gunkan sushi. 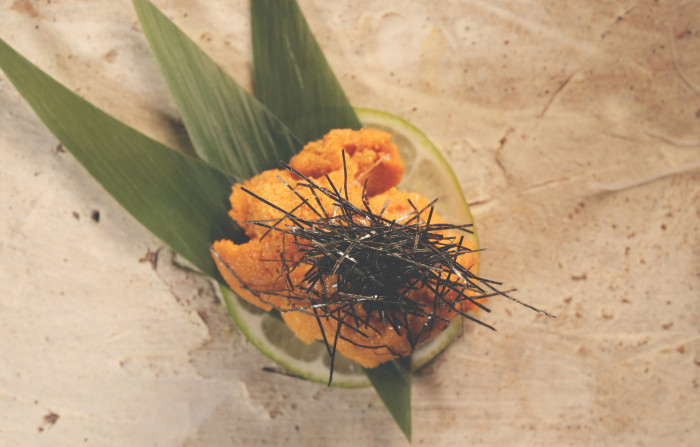 What Are The Different Types Of Sea Urchin?

If you’ve had the good fortune of eating sea urchin (uni), you know that there’s nothing that tastes quite like it. It’s buttery and eggy, and some claim to pick up hints of the ocean between bites. With all that being said, there really isn’t one single item that can be accurately compared to the spiny sea creature. Lobster? Fish roe? Maybe. But there’s still something about the creamy orange-yellow delicacy that separates it from the rest.