When I first started researching the much-hyped Magical Butter maker, I was a little skeptical. This device is a kind of specialized slow cooker with a tiny propeller that protrudes into the center of the cooking chamber. The idea is that the machine is able to extract nutrients and essential oils from aromatics and infuse them into fats better than traditional stovetop methods because of its unique design and precise temperature control settings. It promises to deliver more flavorful infused butters and oils with higher potency and less waste.

Now, infusions can be made in a standard Crock-Pot or even in a sauté pan over low, even heat. Some methods don’t involve heating the mixtures at all; a slower, organic infusion process is especially good for alcohol applications (see: the porthole infuser from the Aviary in Chicago). Was the Magical Butter really solving a problem or just fabricating one?

Nevertheless, the gadget arrived and I set out to make rosemary olive oil. This seemed like a humble starting point and an easy, novice task for the machine to execute perfectly. The instructions warn against using extra-virgin oils of any kind and strongly encourage adding some form of lecithin, such as soy or sunflower. Lecithin promotes emulsification, ensuring that normally adversarial fats and moisture bind together to create smooth, fully incorporated mixtures. 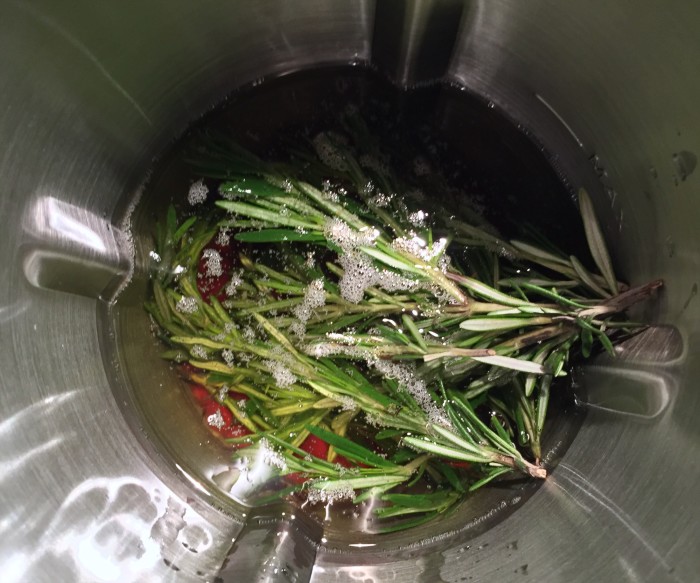 After procuring the recommended oil and a $12 bottle of liquid sunflower lecithin, I combined all the ingredients along with several sprigs of rosemary and started the machine. The rainbow LED show commenced and the machine quickly began heating, occasionally sputtering spinning sounds and ultimately producing my potent, herbaceous blend. The mixture was ready exactly two hours later, as promised, which was surprisingly fast. I emptied the container through the provided sieve, being careful to use the provided neon green silicone glove (of course it’s neon green) to squeeze out any last droplets. Are we completely sure this thing is for infusing “rosemary” into “oil”? 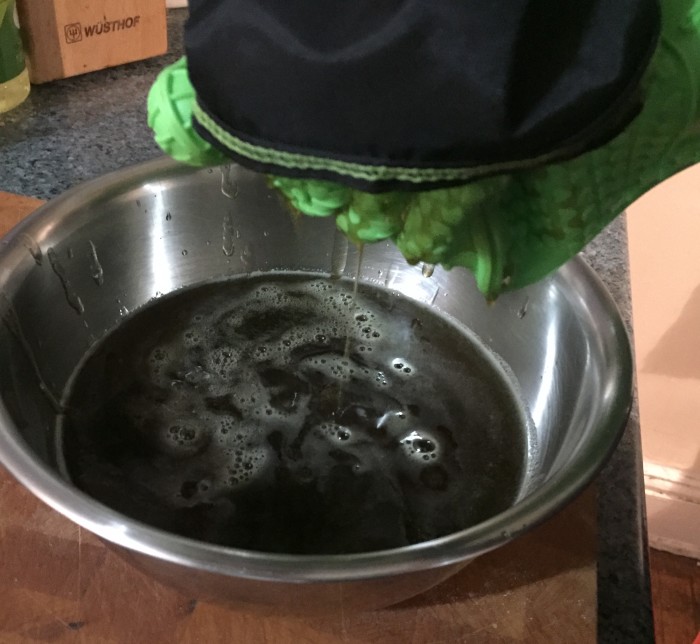 The result was a muddy, brownish-black oil. The mixture began to cool, and within an hour it had started to separate. The heavier sediment settled on the bottom, and the top layer started to resemble the yellow and greenish hues you expect from young olive oil, but there was a lingering odor of burned wood, I assume from the overcooked rosemary stems. 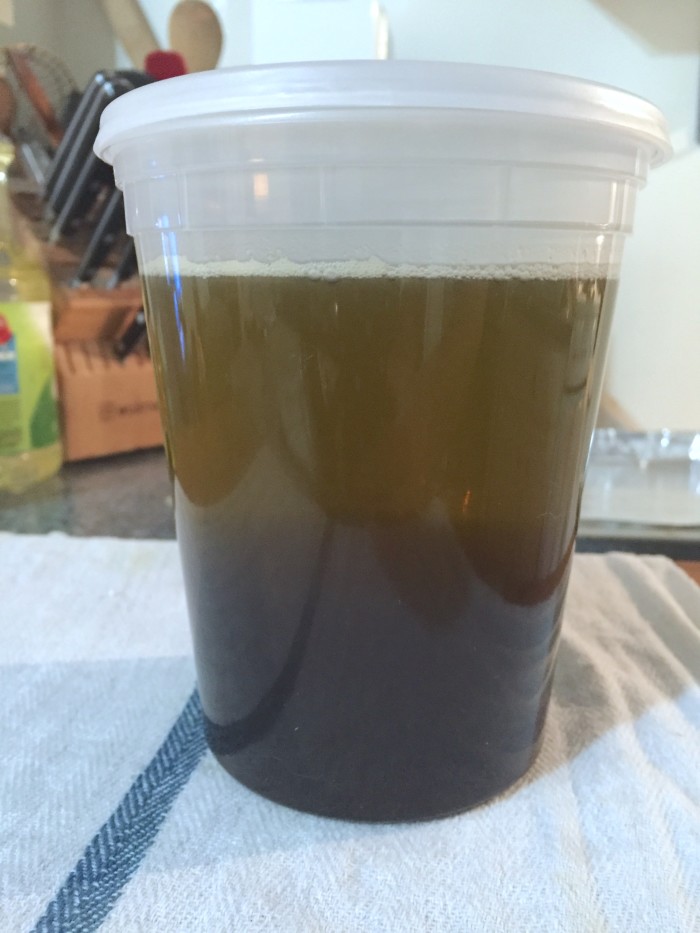 It turned out, my lecithin choice was to blame for the discoloration — the kind of mistake you learn from experience. The liquid sunflower version I used was tar black in the bottle, but different options, like soy lecithin powder (which is beige), would probably work much better. I didn’t find out until after the second attempt, when I tried butter. The instructions make very strong recommendations about using only clarified butter for the best results. I didn’t have time to clarify two pounds of butter, so I simply dropped two pounds of softened, unsalted butter into the machine, threw the lecithin into the garbage and doubled the rosemary ratio.

Are we completely sure this thing is for infusing “rosemary” into “oil”?

The results were far better. The butter was fragrant and tasty, and although it was an unpleasant off-green color, I was much more reassured of the machine’s capabilities with the butter than the oil. Subsequent testing proved the same. I started using herbs with milder stems, like thyme and sage instead of rosemary, which significantly reduced the woody, burnt smell. I’m not convinced any of the infused butters were preferable to a creamy, salty, well-executed compound butter, though. The machine worked well but seems unnecessary when compared to other, more accessible techniques, like simple compound butter or quick garlic oil made on the stovetop, and with these options, there isn’t a bulky machine to clean and store afterward.

The Magical Butter is a bit confusing. For example, the instructions also say it’s “great for lotions!” So is the machine a specialized tool for savvy home cooks, a DIY device for ladies who craft, or, as I began to suspect with increasing likelihood, a pseudomedical device for consumers of marijuana?

In a past life (read: college), I had some experience with the product’s namesake recipe, “magic butter.” It’s a recipe that is easy to fumble, mainly because excessive heat will fry the active compounds, but too little heat won’t extract them. A few clever hacks with a Crock-Pot usually suffice, but when using expensive ingredients like cannabis, for example, mistakes are pretty costly. If I botch a serving of thyme butter, it might taste a little funky and I’ve lost a few dollars. Thyme butter doesn’t really do anything; it just tastes like thyme. Cannabis butter performs a function with measurable effects, and if you’re using cannabis for medical reasons, preserving its potency is a top priority.

In short, the Magical Butter is not exactly a culinary tool but is instead a perfect device for one nuanced application. I’m normally vehemently opposed to unitaskers, but in this instance I sincerely appreciate the value it brings to the cooking process. The small propeller ensures the mixture is thoroughly incorporated. The temperature controls remove risk of overcooking. And while I hate myself for saying it, after eating a baked treat made with homemade magic butter, the rainbow lights on the top of the lid are probably solid entertainment.