A 2012 Cabernet Sauvignon from Napa Valley has been named Wine Spectator‘s Wine of the Year. While maybe not as shocking as last year’s pick — a port, of all things! — this wine, by producer Peter Michael from Oakville’s Au Paradis vineyard, scored a 96-point rating and is described as “deliciously pure and supple, with explosive dark berry and red berry flavors,” with a “gravelly crushed rock profile.” 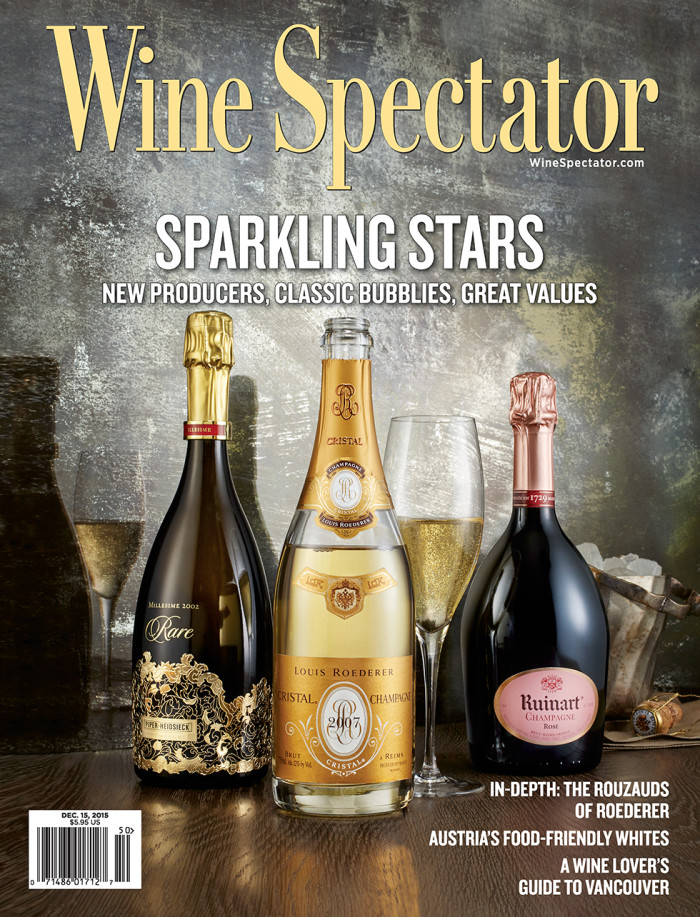 Another American Cabernet, from Columbia Valley in Washington state, came in second place. Rounding out the top 10 is a geographically diverse list of standouts: Pinot Noirs from Oregon and New Zealand, two Italian wines, one from Spain, one from France and one from South Africa. Overall, American wines dominate, with four picks in the top 5. Wine Spectator‘s editors blind-tasted more than 18,000 wines and based their decision on quality, value, availability and an “X-factor,” or what makes a given wine special. This year, it seems the overall “X-factor” is a worldly palate.