Everybody knows all about Japanese sushi rolls, which are now sold everywhere from airports to CVS. They’re healthy, easy to transport and packed with umami, the mythical fifth flavor that was first articulated by a Japanese scientist in 1908. But did you know that there is a Korean version of the sushi roll? If not, you are missing out. Kimbap (sometimes spelled gimbap) is made with steamed white rice and dried seaweed, which is of course similar to the Japanese version. But there are two big differences: the rice and the filling. While sushi rice is seasoned with vinegar, kimbap is instead cut with sesame oil and sweeter. As for the fillings, while the Japanese incorporate mostly raw fish (tuna, salmon, chopped scallops), in Korea the inside layer consists of cooked or preserved items like canned tuna, kimchi, grilled bulgogi and ham and cheese. Kimbap is popular with school children, and adults reliving childhood. Also, spicy kimchi kimbap is one of the greatest hangover cures around. Seriously, if you have a kimbap shop near you, try it out.

Seoul-based blog Dom and Hyo was established to tell the story about how an American man (Dom) came to Korea to teach English. Midway through, he met a wonderful Korean woman (Hyo) that “changed his life in many great ways.” It’s a fun read, with stories told through illustrations. Food is often the focus, which is common trait in Korea. In their latest, they break down all the different types of kimbap. 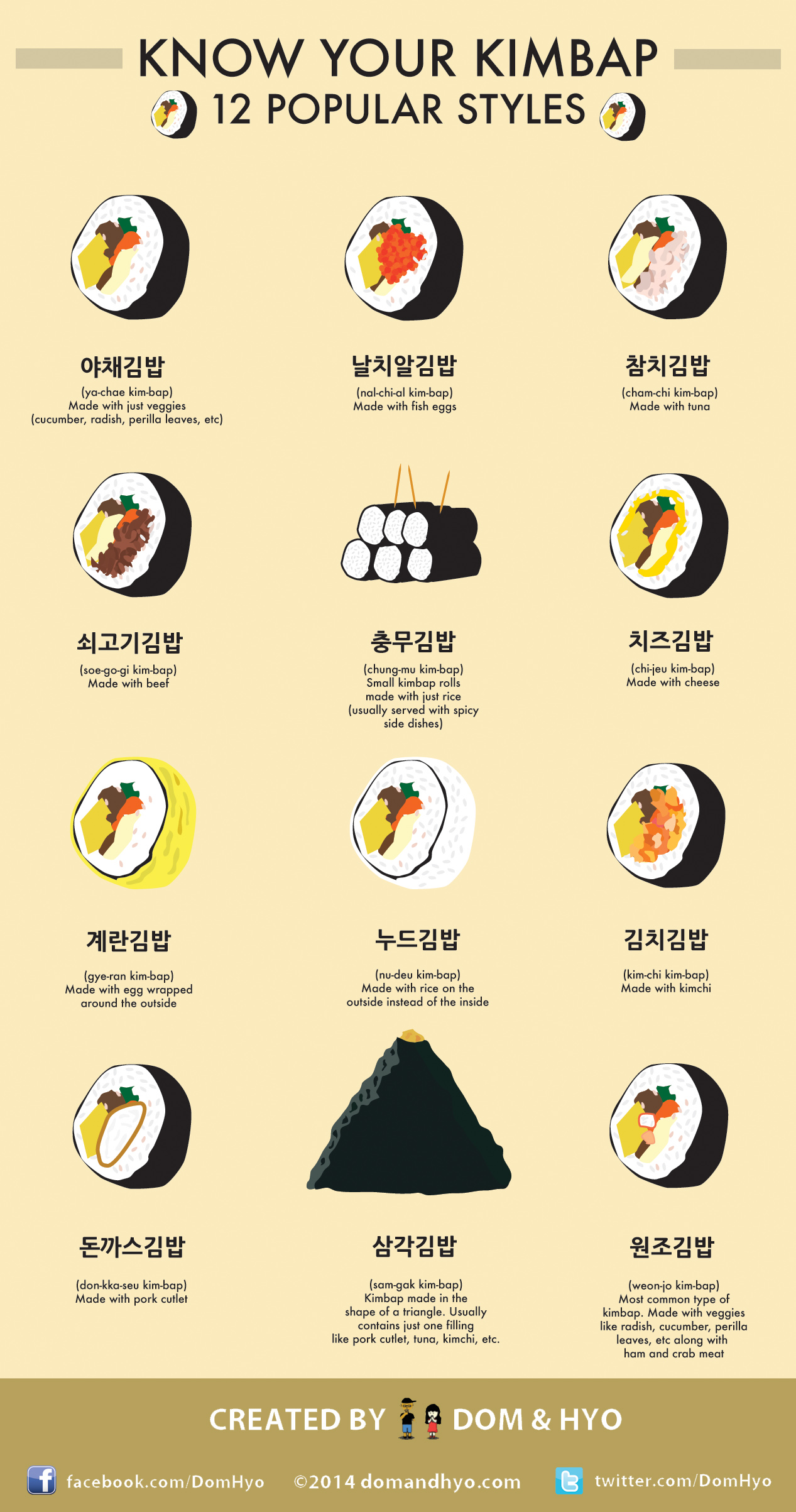 Read more about Korean food and culture on Food Republic: