Sydney-based chef and author Lennox Hastie of Firedoor published a long, passionate ode to the art of cooking with fire that has us raring to crank up the grill. Read up on the history of humans harnessing fire and all its cooking glory — there’s more to it than heat, oxygen and fuel alone.

Reprinted with permission from Finding Fire: Cooking At Its Most Elemental

The story of humans harnessing fire stretches back over a million years. Yet today, most of us are probably more comfortable using a microwave than we are building a fire. For hundreds of thousands of years, fire provided our only means of cooking food, an ability wholly unique to humans. It is one that, as Richard Wrangham argues in his book Catching Fire: How Cooking Made Us Human, was probably the single greatest catalyst for our evolution. However, in an incredibly short period of time, our ability to use fire has been all but lost as modern methods completely supplanted it. Gas cooking has only been around for about 180 years, electricity for just a century. Cooking by induction is a recent innovation. So what happened to our relationship with fire? Progress is one thing, but it should never be at the expense of what makes us truly human.

For early humans, the ability to cook food was a game changer and fire was at the centre of it all. Our ancient forebears probably didn’t realise that the cooking process unlocks nutrients, but I’m sure they appreciated the whole new world of complex flavours it unleashed. Cooking alters the physical structure of ingredients and helps enhance their salts, sugars and compounds. This changes the way things taste. Cooking forever modified the way we eat and digest; it reduced the need for incessant chewing because it partially breaks down food for us. It also allows us to quickly absorb more calories. This gave early humans more energy, freeing them to focus on other activities. Fire became the hub of a community and an essential source of warmth, safety and nourishment.

Cooking may have separated humans from every other being on earth, but along with that came rituals around fire and eating too. It brought us together. Fire helped establish societal roles, customs and cultural practices unique to the people of different places – fire, ingredients and cooking being the common ground.

By putting one’s hands in the soil and exploring the natural beauty in the food that fuels our bodies – and by finding fire – we are rekindling our most important bond with nature and thus each other. The notion of the meal is a wonderful human institution – the interactions, the sharing and the problem-solving; there is much more going on than simply eating.

There aren’t many cultures today that still rely on fire-cooking to survive and the proverbial hearth is no longer the heart of our homes. Yet fire still smoulders at the foundation of all civilisation because it has universally played a part in every single global community. I am fascinated by the role fire plays in different parts of the world. Although I may not cook with a strictly Chinese, Japanese or indeed Argentinian sensibility, I’m inspired by each of these varied traditions and apply the techniques of many cultures to my cooking.

When I grew up in the UK, using fire to cook didn’t extend beyond the summer barbecue, but travel back in time and you discover a rich history of cooking with fire across the British Isles. The discovery of pit ovens dating back to the Bronze Age suggests a strong tradition of wood-fired baking. Hunter-gatherers would have originally used river clay to form a crust in which to bake fish, while meat was traditionally spit-roasted. In the UK, as in most of northern Europe, smoking with woods like alder and oak was a traditional means of preserving, so that certain ingredients would last year round.

Pockets of fire cooking do exist today, though. All along the Mediterranean and Adriatic coasts, meat and fish are cooked simply, over fire, with just some salt and maybe olive oil. In Spain, there’s a strong grilling tradition that continues to be very regional in terms of the produce cooked and wood used. For example, in wine producing regions, grapevines are used as cooking fuel, whereas in Valencia orange wood is used. In Basque country, which is more proudly traditional than other parts of Spain, the preferred wood is holm oak. Basques have a close attachment to their home, especially the traditional self-sufficient, family-run farm. Here, the notion of the communal table still exists, and fire remains central to the craft of cooking. Along the coast the Basques cook a lot of fish but no meat, while those living inland cook meat. This is as simple and as local as it can get. That’s why we were considered a little different at Etxebarri, because we were serving fish and shellfish as well as meat in a mountain setting. 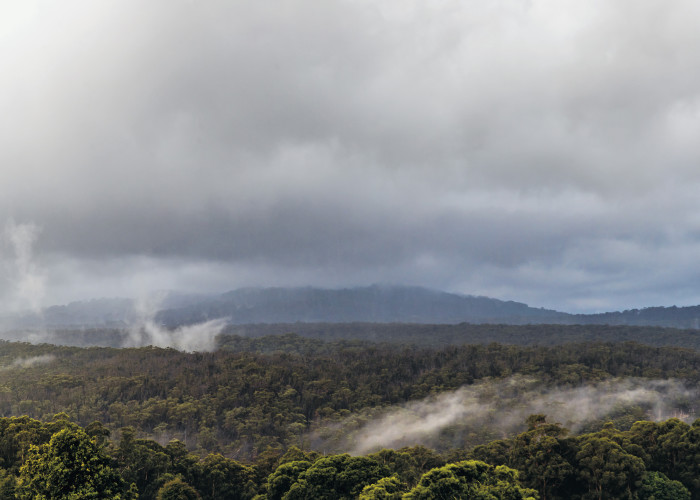 While Spain and other countries used distinctively flavoured woods, it was the Japanese who pioneered the fabrication of charcoal. Japan has an extensive history of charcoal making that dates back to the Jomon period, around 12,000 bc. The art of binchotan began 300 years ago, during the Edo period, when charcoal makers in the Kishu province of Japan used the local ubame oak to produce a charcoal of incredible purity. The same process continues today. With its purity and efficiency, using binchotan is about as advanced as cookery over fire has become.

In Argentina and throughout much of South America, cooking over fire is a celebration for the community more than anything else. Here they like building a large hardwood-fuelled fire and they use it to gather around as well as for cooking. They don’t let the fire touch the meat but rather spread the coals around the meat to create a source of radiant heat that cooks things slowly; whole animals are often splayed on a cross and cooked this way.

Theirs is a big fire that brings families and communities together as a way to celebrate both their culture and the animal. They respect the animal by using all of it. They often put offal on the grill and use the offcuts to make sausages. The parilla (grill) can accommodate different heights, depending on the produce, and this helps control the heat.

In Brazil, and other nearby countries including Bolivia and Uruguay, the tradition is similar – but here the method of cooking is commonly referred to as churrasco. In Peru, food is cooked over charcoal, open flame, or by using stones heated over fire and then buried. This technique is known as pachamanca.

The many countries of Asia have deep traditions and a diverse range of techniques for cooking with fire, whether it be for street food or celebratory family banquets.

American barbecue focuses on the slow cooking of cheaper cuts, which also benefit from the application of smoke, spiced rubs and sauces. US barbecue at its most basic is the alchemy of wood, smoke and meat and cooking this way is very time consuming. You need to feed a small fire in an offset griller (smoker), which slowly feeds smoke through to flavour the meat. You don’t need much wood to create the smoke, and often another heat source is used to actually do the cooking. It is a very rich style of cooking, with a flavour profile to match; the flavour of the smoke matches the richness of the ingredient. This form of barbecue has become ubiquitous in America and is now serviced by a large number of barbecue smokehouses.

Then there is Australia; when I arrived, I had limited knowledge of how fire is used here. It was difficult moving to Australia after living in a part of Spain where culture and food are everything. And yet, by not being bound by tradition, Australia possesses a unique freedom and an opportunity to carve its own cuisine, based on a wealth of native ingredients and its rich melting pot of cultures. On arriving, I had to take some time out to consider the ingredients and the wood to see just what was possible.

I started by looking to the earliest beginnings of fire in this country. Stretching back some 60,000 years, Indigenous Australian communities carry unique and ancient wisdom. They have survived largely because they learnt to harness fire, using it to hunt and to shape the landscape around them.

There are communities that still live according to these ancient traditions. Take the Martu people, for example. They are the traditional owners of much of Central Western Australia and still practise old methods of catching and then cooking their food, relying on fire to do so. Living this way is a part of who they are and is vital to their existence. Their traditional method of building a fire is incredible – carrying their fire with them wherever they go, keeping it in slow-burning banksia cones so they always have it at the ready.

We talk about Australia being a new country and in some respects it is; but in others, it is ancient. We would be foolish not to embrace how the people of this culture understand their land, its ingredients and the way to cook them. Nobody knows and appreciates Australia like the Indigenous community, who listen to its very heart beating and who use their treasured fire to its utmost potential.