Sometimes you can have too much of a good thing, as we’ve seen in food news this week. We’re by no means averse to a huge bowl of noodles — we even have a whole section devoted to it. But everyone has to draw a hard line sometimes. Welcome to the week in excessive crimes against this delicious, comforting and versatile culinary institution. 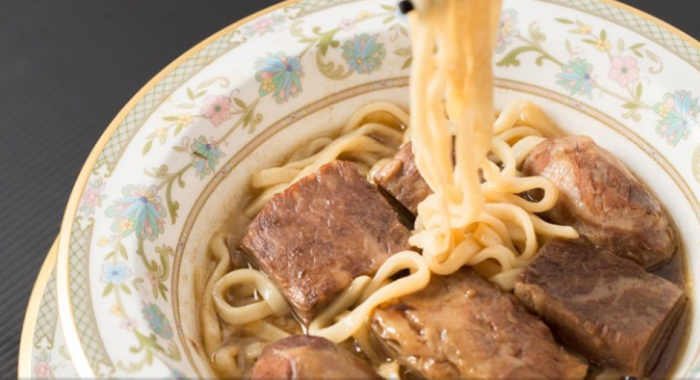 Why Does The World’s Most Expensive Noodle Soup Even Exist?

The whole point of a bowl of noodle soup in an Asian country is that it’s one of the least expensive, most filling meals you can buy. Taiwan’s Niu Ba Ba, nevertheless, has a version that will run you a cool $325 USD. The dish, dubbed the Presidential Beef Noodle Soup, contains prime beef cuts imported from the US and Australia and a blend of six meticulously tended broths. While it does technically sound very delicious, we don’t know a soul who would shell out that kind of dough for a dish best enjoyed at a roadside stand or hawker market. 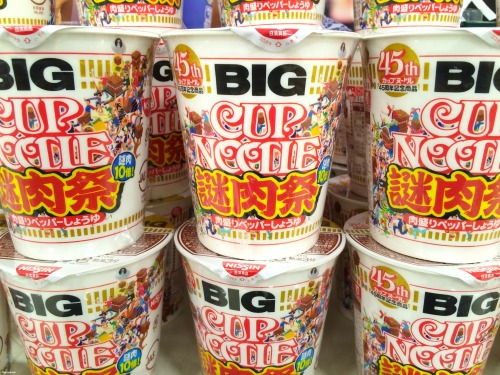 Please Don’t Encourage Use Of The Term “Mystery Meat”

Here’s how devoted Nissin instant noodle-eaters are: one of the convenience food’s ingredients is listed as “mystery meat,” and nobody has complained. Quite the opposite, in fact. A version of the noodles with extra “mystery meat” quickly sold out, and “mystery meat” rice bowls were even available for a time at the Cup Noodle Museum in Japan. The trusty food correspondents at RocketNews24 did, however, phone up the company’s headquarters to see what the mystery was all about. It turns out, it’s a proprietary blend of pork, soybeans and vegetable extract (?) that’s formed into cubes and freeze-dried. That knowledge sure makes the tiny dried shrimp in the shrimp-flavored noodles less creepy.

TV host, chef and Times Square restaurant-haver Guy Fieri tells People about the one dish his wife cooks. “She’d make it with ground beef, canned gravy and maybe some onions and a little bit of garlic,” says Fieri, “but I called it Rhode Island Beef and Noodles because she’s from Rhode Island and it’s beef and noodles.” While he attests that he was just trying to upgrade it, he actually ended up turning it into a more complex and totally unrelated dish commonly known as beef stroganoff. So he didn’t really upgrade the Rhode Island Beef and Noodles, and his wife is probably like “yeah, you make it.”

Man, the ruination of noodles clearly has no limits. Samyang Foods, out of South Korea, recently launched the world’s spiciest instant noodles. Known as Hek Buldak Extra Spicy Roasted Chicken Ramen, this is one pack you may want to handle with gloves (before you film yourself eating them).