What makes a beer “sessionable”? Award-winning brewer Jennifer Talley lays it down for beer nerds of all levels in her latest book Session Beers: Brewing For Flavor And Balance. Learn everything you need to know about session beers, from what they are and their history to how they should taste and even recipes straight from the breweries. In this excerpt, Talley gets down to the nitty gritty about what “drinkability” means, how harmony fits into the equation and if glassware and how the beer looks affects its drinkability.

Reprinted with permission from Session Beers: Brewing For Flavor And Balance 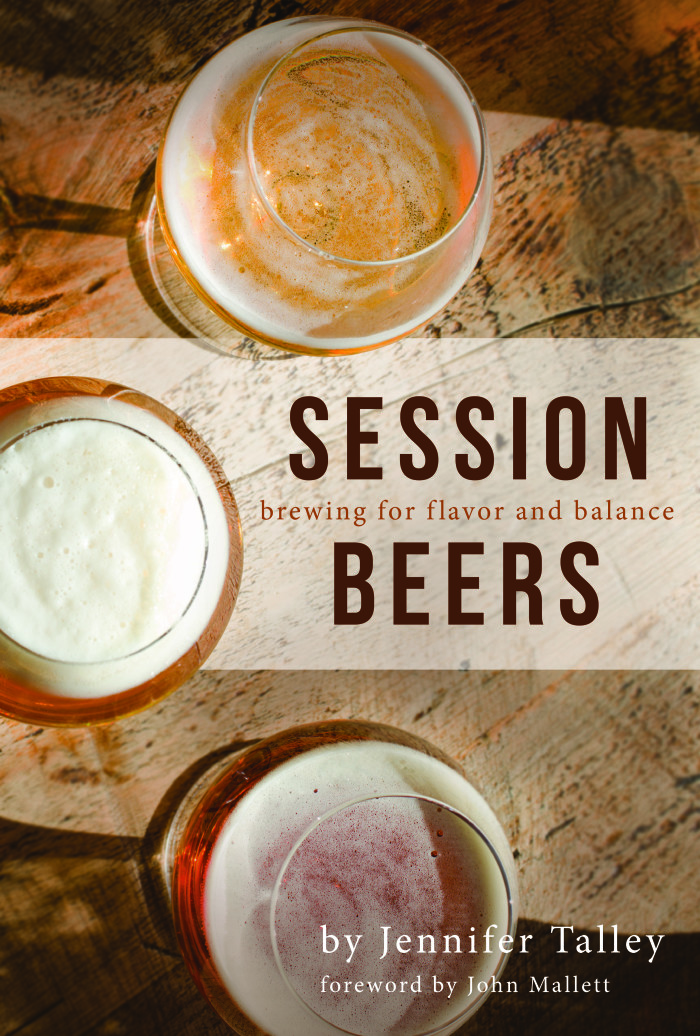 In the early 1990s the Utah brewing scene used the term drinkability when describing lower-alcohol beers produced with light to moderate hopping profiles. The Merriam-Webster Online Dictionary defines drinkability as “suitable or safe for drinking.” Clearly, this is not how brewers have been using the term drinkability, and sessionability is not even in the dictionary (yet). Regardless, both terms are used often when describing beers that are pleasant to drink and warrant repeatability if the situation allows.

Defining exactly what drinkability is in a beer is an arduous task. According to a paper published in Brauwelt International, drinkability “implies a special harmony and balance, as well as an incentive to drink more of the [beer]” (Gastl et al. 2008, 148). Many different components make up whether a beer is highly drinkable or not. Factors affecting drinkability range in scope, from the taster’s sensory experience and cognitive influence, to the ingestion and absorption traits of the beer (Gastl et al. 2008). In the realm of sensory evaluation, quality is the most important facet of a beer. Off flavors that detract from the beer’s overall harmony should not be present. For instance, high levels of dimethyl sulfide (DMS) have been associated with a negative sensory impact; in addition, diacetyl in the aroma is o#en perceived and interpreted as a heavier-bodied beer (Gastl et al. 2008). Other sensory components that either positively or negatively influence the taster are carbonation levels, the ratio between sugar and pH, beer style, hop bitterness and aroma, phenolic and ester compounds, protein levels, and alcohol content.

A drinker’s sensory experience can be greatly influenced through several criteria. Ingredient quality, storage, and handling can help increase drinkability; yeast strain selection and proper yeast management is also crucial when producing a highly quaffable beer. In chapter 3, I dedicated a large section, “Development of Quality Hop Character,” to the pursuit of quality bitterness for the very sake of drinkability. To reiterate the main point here, bitterness is not just one-dimensional. Hop variety, quality, and placement in the brewing process all greatly influence a beer’s drinkability. Researchers at the Department of Brewing and Beverage Technology at the Technical University of Munich’s Weihenstephan campus performed both analytical and sensory trials using a taste sensor (an “electronic tongue”) alongside a human sensory panel (Gastl et al. 2008). Their goal was to further study the factors associated with drinkability and the results of the electric tongue versus those from a sensory panel. Since bitterness is such a huge component of a beer’s drinkability, it was studied first. Alcohol, pH, and dextrin composition were manipulated in conjunction with varying iso-alpha acid levels. One of the most interesting results, especially with regard to session beer, is that elevating the ethanol content leads to a weakening of the bitterness signal. The study also indicated that both pH and ethanol content have a “distinctive effect on bitterness impression (bitterness intensity) and astringency.” Although this study could not possibly cover the full range of factors that influence drinkability, the results do indicate that quality bitterness and astringency in particular can be affected negatively by changes in pH and alcohol level (Gastl et al. 2008).

When discussing quality in the quest for drinkability, both ingredients and process must be considered at every level. For example, a common process misstep that negatively affects drinkability is the astringency extraction from malt tannins toward the end of runoff when the pH rises above 5.8. The importance placed on both ingredient quality and process should never be underestimated when pursuing high drinkability in one’s final beer, especially a session beer.

So much is involved when exploring how one experiences a beer. Flavor is a major aspect, quite possibly the most important, but flavor does not tell the whole story. Japanese researchers closely studied how a beer is enjoyed in relation to the ingestive and absorptive effects of beer. They discovered that as the stomach becomes fuller, the person becomes more satiated, and the less appealing beer becomes (Nagao et al. 1998). A person’s cognitive and emotional state of being also play a role in how beer is experienced. Time of day, age, culture, social status, gender, and drinking habits are all at play as the pint glass moves toward the consumer’s lips, intermingling to form an opinion on drinkability. Optical aspects, such as foam and head retention, temperature, and glassware can have a big impact on whether the consumer decides a beer is highly drinkable. The brewer has their greatest influence on drinkability when focusing on quality and brewery procedure. This does not mean that breweries don’t also try to influence the cognitive experience of the consumer through marketing and other means.