Just because the knife is a simple instrument doesn’t mean it’s a simple institution. Learn about the shape, construction and purpose of some of the world’s most famous culinary tools with award-winning British food writer Tim Hayward. His charts and essays reflect an enormous amount of knowledge we can’t wait to sharpen our minds with. Learn about the evolution of British butchers and get ready to be inspired to sharpen your tools and chop, slice, dice and chiffonade your way to culinary glory.

Techniques of butchery don’t just vary internationally. Even across the UK, different cutting plans developed in different regional meat markets. The arcane vocabulary of chumps, chucks, featherblades and fillets historically had subtly different meanings across the country. What has unified British butchery, though, is the joint and the bandsaw. As a nation we favor roasting as the best way of cooking meat and joints; large, almost ceremonial chunks of meat on the bone, have always been the most popular choice over the counter.

The butcher’s bandsaw looks and operates just like the woodworker’s and enables the butcher to treat a carcass much as a carpenter treats a log. The exterior is neatly dressed and then the meat is sawn into chunks. A classic ‘shoulder of lamb’ – that fixture of the Sunday dining table – is a neat square package that looks good on the plate but contains at least a dozen muscles, all of different textures, plus bone, gristle and connective tissue, simply chopped into shape. This sounds like a bad thing, but our national cuisine has evolved around the ‘joint’, and our much envied skill at roasting means that these more heterogenous cuts can be cooked so that the very best of flavor and texture is achieved. 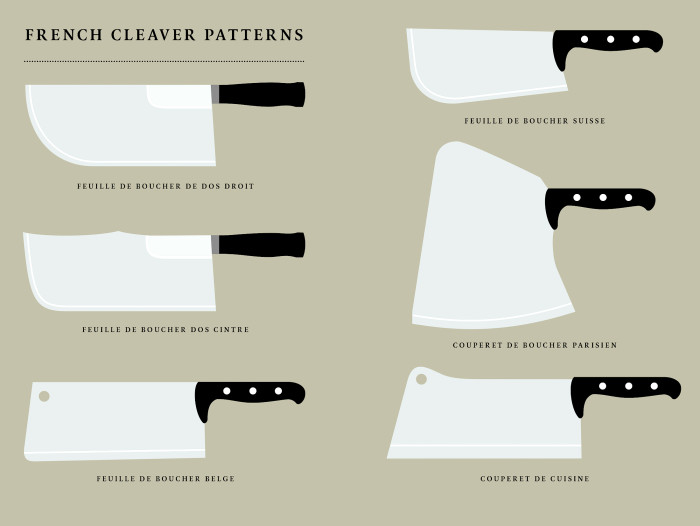 But in other butchery traditions a more sympathetic process has evolved. That of separating the carcass, where possible, into individual muscles or muscle groups by following the ‘seams’ where the muscles join. Remarkably little kit is required. A short, curved butcher’s knife does the initial cutting but the butcher uses the back of it as much as the front, using the blunt edge to scrape where meat adheres to the bone. More unusual is the chainmail glove, not so much, as is often imagined, to protect the opposite hand from the blade but more to provide a sure grip on the meat when pulling muscles free. Seam butchery requires a different set of skills  and often involves relearning for a traditionally trained British butcher – however it can be extremely lucrative. The fore end of a lamb, for example, which might previously have yielded a couple of shoulders, a neck and some mince can be carefully teased out into a dozen or more cuts of varying sizes and textures, simple to cook, economical to buy and delicious to eat. These cuts are often best cooked in the pan rather than the oven and/or stewed in liquids and sauces.

The British butcher’s kit, therefore, usually comprises ‘steak’ and boning knives, with a steel to keep an edge, plus the saw and the cleaver. Other traditions have tools of various patterns that combine the functions of a heavy knife with a light cleaver.

For generations, local butchers were the experts on sharp knives. Many would have a grinding and sharpening wheel on the premises and early books on cookery or household management suggest taking the domestic kitchen knives to the butcher regularly to have them sharpened. Knife practice in the trade though has changed radically with the arrival of the “diamond steel.”

Where a traditional steel serves only to correct and dress an edge that’s been ground on to a knife, the modern ‘steel’, coated with a fine dusting of abrasive (usually diamond dust) will actually remove metal from the blade. A diamond steel will quickly put a decent edge on any blade with almost no skill needed, however diamond steeling also eats away the blade at a frightening rate. Though traditional sharpening is still practiced by many butchers and taught in apprenticeships, most butchers now use diamond steels and cheaper, mass-produced working knives†, which can be replaced regularly.