TCHO chocolate isn’t your average bean-to-bar company. I mean, it was founded by Timothy Childs, who worked on space shuttles for NASA; chocolate industry veteran Carl Bittong; and Louis Rosetto and Jane Metcalfe of Wired magazine. It makes fantastic chocolate that’s widely available, and its bars are distinguished not by the beans’ origin but by their primary flavor. But the real reason TCHO isn’t your average bean-to-bar company is that it’s developed a unique partnership with cacao producers around the world to help it source and make its chocolate partly at origin and partly in Berkeley, where the operation is based.

Back in the early 2000s, TCHO sourced beans the way everyone else does now: “Farmers would send sample beans to us in San Francisco, and we would roast, grind, turn them into liquor, and do an analysis to provide feedback,” recalled Brad Kintzer, the chief chocolate maker and part-owner in the company (who has also worked for Scharffen Berger, Lake Champlain and Michael Recchiuti). “That took three weeks to a month,” he said, noting that he would evaluate 25 to 30 samples per week. “And we would reject nine out of ten of them.” 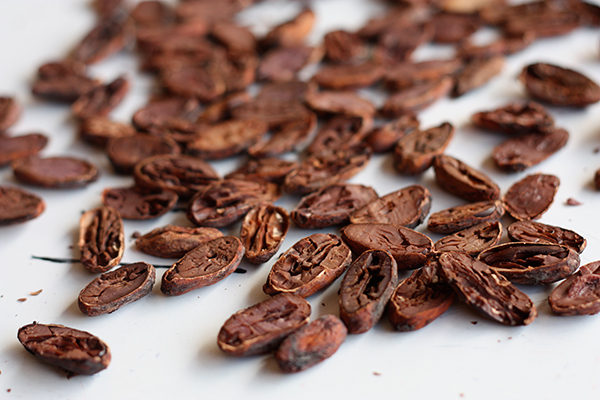 The company wanted to find a more effective sourcing model, one that would help its own efficiency as well as farmers’. So in 2009, with the help of a grant from the U.S. Agency for International Development, TCHO and its grant partner Equal Exchange started building chocolate labs and working with farming communities. “We realized we had to put scientific tools down at origin,” Brad said, if they wanted to see improvements and continuity. “We wanted to be able to figure out all of these questions we had, like what would happen if we collect all the red pods on one side of the river and ferment them separately from yellow pods across the river? Are there flavor differences to be leveraged?” That may sound nerdy and incredibly detailed, but bean-to-bar chocolate making is the Kingdom of the Nerdy and Incredibly Detailed. All of those little details affect flavor, and good flavor is the holy grail.

Over the past eight years, TCHO has helped set up 10 labs across the world: three in Peru, four in Ecuador, one in the Dominican Republic and two in Ghana. It plans to create more in the coming years too. Each one takes about $5,000 to $7,000 (“and a lot of overweight baggage fees,” the good-natured 40-year-old told me) to set up, with roasters, winnowers, stone melangeurs and small tempering units — essentially like a lot of small-scale bean-to-bar makers’ factories, complete with hair dryers and other grungy DIY essentials. 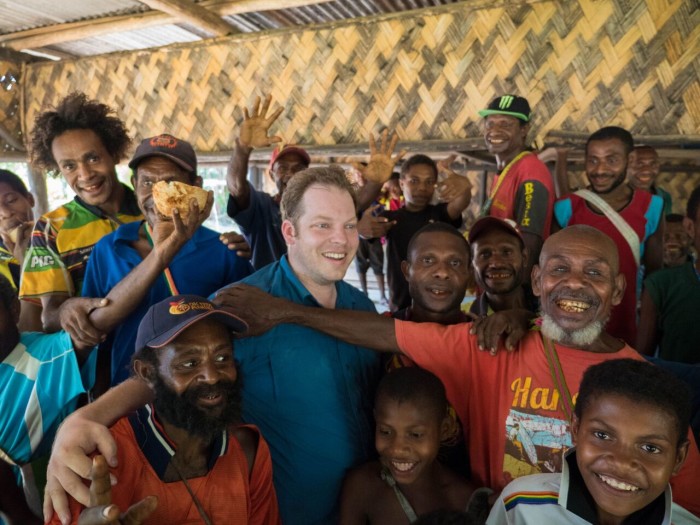 But Brad said that putting these labs together and teaching people how to make chocolate isn’t the hard part. “Training them in sensory analysis is the real challenge,” he says. This is the industry’s central problem at the moment: everyone has a different sense of taste. And unlike wine and beer, where sommeliers and cicerones take standardized tests and then lord it over everyone else, there is no recognized system, test or even language for talking about the flavors in chocolate. 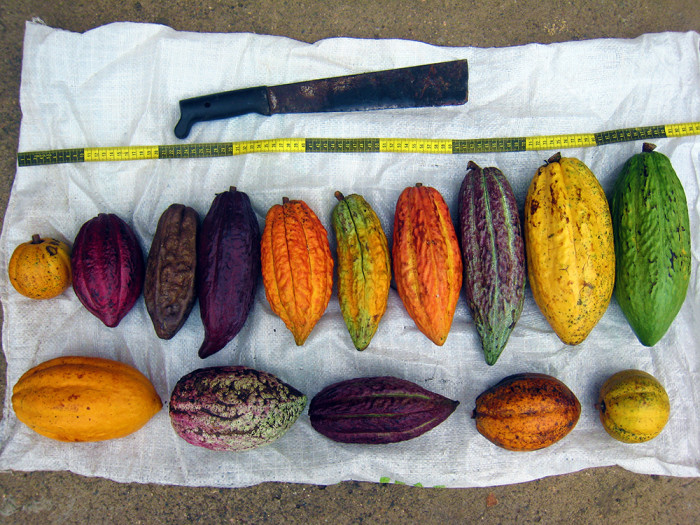 In typical craft chocolate fashion, TCHO has not taught farmers how to taste according to its own ideas. Instead, using a coffee industry tool called Cropster, it has developed a cloud-sourced sharing platform where people in the TCHO network all across the world can input their own tasting notes and confer with one another in real time. (The company provided laptops to some places that didn’t have them, so they could input the data.)

“We’ll be in Berkeley tasting a sample of cocoa beans that was processed in West Africa at the Cocoa Research Institute of Ghana, as an example. The trained cocoa scientists will be tasting the same sample. On a zero to ten scale, how bitter is this? Astringent? Fruity? Nutty? Citrusy? Floral? How earthy is this? We all input our flavor notes as well as a quantifiable value for intensity. And we’ll get on video Skype and have a live conversation with cocoa farmers — one in Ghana, could be one in Peru — where we do a calibration tasting so we are all continuing to hone our skills as tasters together.” 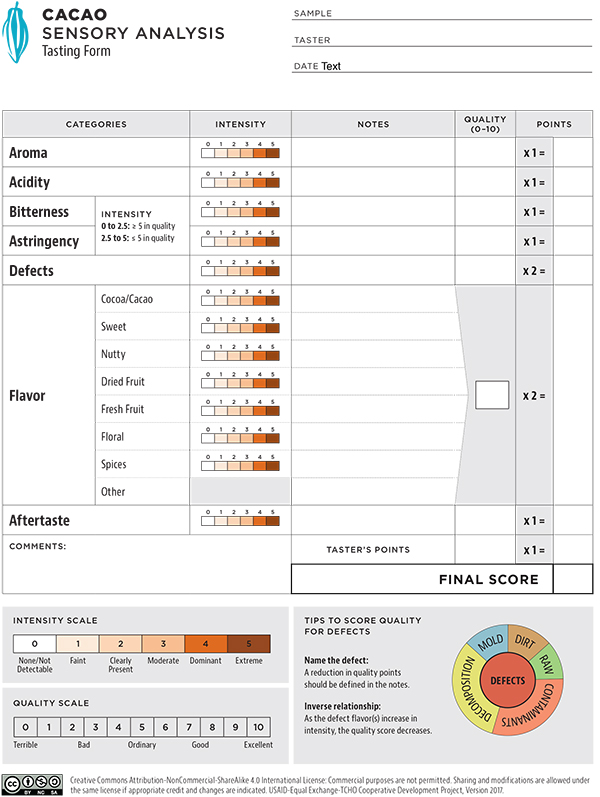 The tasters might be farmers or “the girl there washing dishes,” but most of the time, TCHO is “working with the people that are running the cooperatives from a technical side. So they might have a degree in agricultural engineering or in food science from the local university.” 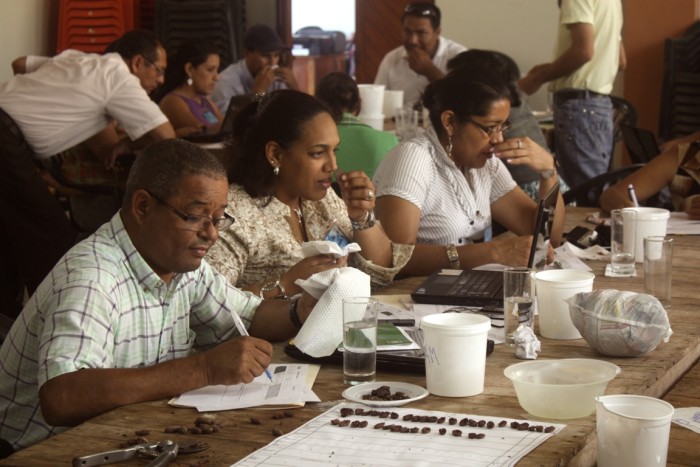 On a basic level, TCHO wanted a way to “call up these farmers and request the usual flavor profile but also something really different, like extra fruity” and for them to be able to deliver (which they can now, by the way). That makes sense with its signature line, which is based on TCHO’s own flavor wheel and consists of four flavors: fruity (single origin from Peru), nutty (single origin from Ecuador), chocolatey (single origin from Ghana), and bright (single origin from Madagascar). Now TCHO rejects something like three out of ten bean samples, which increases its efficiency too. In other words, there was a definitive bottom-line reason for teaching how to taste. 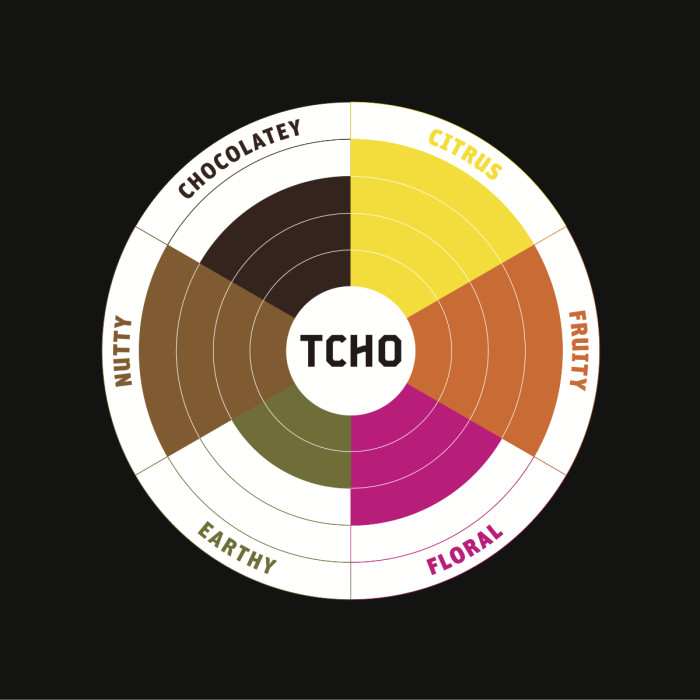 But there’s something more. “We’ve always looked at it as ‘How can we build lasting mutually beneficial relationships,’” Brad explained. “What we do is not charitable; it’s building a business together. It’s building a network of people and a community that is going to allow all of us to make a better cocoa, have everyone get a better price by buying directly as much as possible, and ultimately, passing on that to the consumer.” For example, in one year a co-op might only sell 50 tons of cocoa beans to TCHO but 2,000 tons to other companies (including many other craft chocolate makers). Plus now that the co-op has figured out how to eliminate flavor defects, it’s selling its beans for a much higher price than it used to. “The concept of these labs is to give farmers a tool for them to become better businesspeople,” he added. 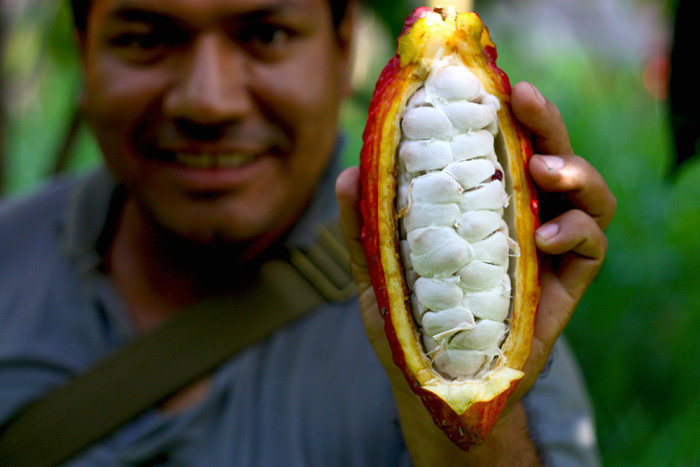 Aldo, a Peruvian cocoa technician who was employed by the TCHO USAID grant

I’ve talked about beans a lot, but much more happens at those labs at origin than fermenting and drying. TCHO has enlisted those labs (which are run autonomously, not by TCHO’s employees), as well as partner facilities across the globe, to make its chocolate liquor: They roast and grind the beans at origin and then send the resulting chocolate liquor to TCHO in Berkeley (“99 percent of the time,” Brad said, “we’re supervising the roasting of our cocoa”). Then TCHO adds sugar and inclusions and forms the chocolate into bars. That differs significantly from other bean-to-bar businesses, which almost universally roast, grind, conche and so on in their own factories in their own countries. Just take a look at the definition of “bean to bar” in my upcoming book:

“A messy term without an agreed-upon definition. I define it as chocolate made from scratch by one company, starting with whole beans. This usually includes buying, roasting, grinding, and refining the beans in a single facility. Some companies may not roast the beans, and others may not mold the chocolate into bars themselves, but in both cases it is still considered bean to bar. Chocolate made from preroasted nibs or premade chocolate liquor is not bean to bar.”

I want this definition — and the whole book — to be a jumping-off point so that the industry can develop some definitions and common language for this movement, just like we need it for tasting chocolate.

So is TCHO bean to bar?

Yes. No. Maybe. Maybe it doesn’t matter. Because it’s damn good chocolate, made thoughtfully from ethically sourced beans. And right now, good chocolate is a magic that no word, term, or manifesto can quantify.