The mind is a strange and funny place. Our brains can trick us into thinking that eating from a smaller plate will fill us up faster or that the color blue makes foods taste saltier. Experimental psychologist Charles Spence dedicates his work to discovering how all our senses affect our sense of taste. His latest book, Gastrophysics, delves into his findings. In this excerpted section, Spence explores why blue wine may not be a good idea, why orange mouthwash doesn’t seem as effective and what the color red tastes like.

Reprinted with permission from Gastrophysics: The New Science of Eating

Can you taste the color?

What we taste is profoundly influenced by what we see. Similarly, our perception of aroma and flavor are also affected by both the hue (i.e., red, yellow, green, etc.) and the intensity, or saturation, of the color of the food and drink we consume. Change the color of wine, for instance, and people’s expectations — and hence their tasting experience — can be radically altered. Sometimes even experts can be fooled into thinking that they can smell the red wine aromas when given a glass of what is actually white wine that has just been colored artificially to give it a dark red appearance!

At various points in history, scientists (some of them really rather eminent, like one of the godfathers of psychology, Hermann Ludwig Ferdinand von Helmholtz — anyone with a name that long should probably not be messed with!) have confidently asserted that there is absolutely no association between color and taste. At the other extreme, there are some artists out there today who are inviting the public to “taste the color.” I have to say that I don’t think either side has got it quite right. Colors are very definitely linked with tastes, and yet I do not believe that you can create a taste out of nowhere, simply by showing the appropriate color. 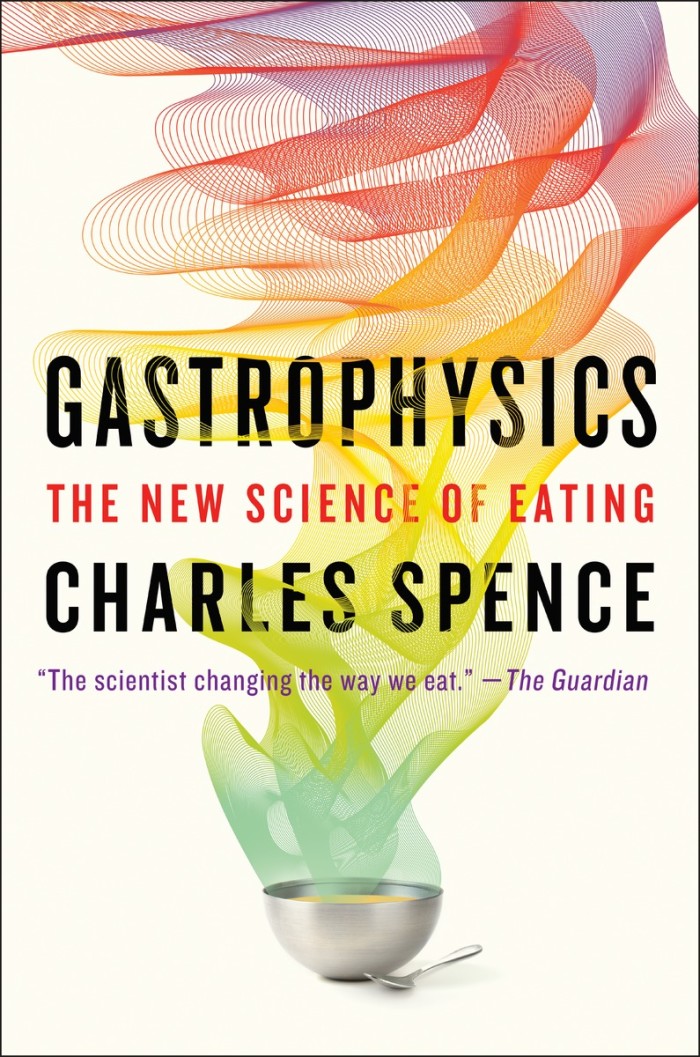 Consider the amuse bouche created by the London-based chef Jozef Youssef as part of Kitchen Theory’s “Synaesthesia” dining events, which developed out of the latest research findings from my Crossmodal Research Laboratory. We have spent the last few years researching what tastes people around the world associate with different colors, and looking at the colors that people naturally/spontaneously associate with the four most frequently mentioned basic tastes. The results fed directly into the design of the chef’s dish. Had you been a guest at the restaurant, you would have had four spoons of espherified colorful taste placed randomly down in front of you — one red, one white, one green and one browny-black. Once everyone has their four spoons, they are informed that the chef recommends starting with the salty, then the bitter spoon, next the sour, and ending on a sweet note — leaving you and the other diners a little perturbed as to which order exactly you should taste the spoons in. The idea is that the diners arrange their own spoons from left to right in front of them in the order: salty, bitter, sour and sweet. Having arranged their own spoons, the diners normally start to look around and compare notes with each other. In the restaurant, or online, we get somewhere around 75% of people ordering the spoons in the way that the chef (and the gastrophysicist) intended. So on the basis of such results, I would say that tastes are very definitely associated with specific colors.

Color can be used to modify people’s perception of a taste that is already present in the mouth. I can, for example, make food or drink taste sweeter by adding a pinkish-red color, but, as yet, I haven’t come across a way to do that while serving someone a glass of water. Turning water into wine — now that’s still a step too far, even for the gastrophysicist at the top of their game (though, if you remember, in the previous chapter, that was pretty much what the inventors of The Right Cup were promising to do)! Nevertheless, a food or beverage company might be able to increase perceived sweetness by up to 10% by getting the color of their product, or the packaging in which it comes, just right. Every little counts, as they say.

Some people want to know whether the effects of adding color are like adding sugar. Surely psychologically induced sweetness must taste different from the chemically induced kind? Well, the results of side-by-side tests show that people will sometimes rate an appropriately colored drink (imagine a pinkish-red drink) as sweeter than an inappropriately colored (say, green) comparison drink. Such results can be obtained even if the latter drink has as much as 10% more added sugar. In other words, psychologically induced taste enhancement is indeed indistinguishable from the real thing, at least sometimes. Sweetness without the calories — now who wouldn’t want that?

Our responses to color in food and drink aren’t fixed but change over time. For instance, a few decades ago, marketers and cultural commentators were telling anyone who’d listen that blue foods would never sell. Roll the clocks forward a few decades, though, and we now have cool blue Gatorade, Slush Puppy and the London Gin Company all successfully promoting blue drinks. A Spanish company even launched a blue wine in 2016.* Given the rarity of this color in nature, it is normally introduced solely as a marketing ploy to capture the attention of consumers by standing out on the store shelf. The problem often comes later, though, when people actually get to taste that eye-catching drink. Seeing a transparent blue color will put a certain idea in the consumer’s mind about the likely taste. And if the expectation doesn’t match up with the reality, the manufacturer may well have a problem on its hands.

In fact, you would probably be surprised to learn how many companies have come looking for help over the years, when their consumer panels and focus groups tell them that their brands taste different, even though all that has changed is the color of the product or pack. For example, a mouthwash manufacturer told me that their orange variant didn’t taste as astringent to people as their regular blue variety, despite the formulation of the active ingredients staying the same. It makes no sense until you learn something about the rules of multisensory integration governing how the brain combines the senses. Here, I am thinking of “sensory dominance” — where the brain uses one sense to infer what is going on in the others.

The impact of color depends on the food. In the context of meat and fish, blue causes a distinctively aversive response. In one of my favorite “evil” experiments — the sort of thing that ethics panels were surely brought in to put a stop to — a marketer by the name of Wheatley served a dinner of steak, chips and peas to a group of friends. At the start of the meal, the only thing that might have struck anyone as odd was how dim the lighting was. This manipulation was designed to help hide the food’s true color. For when the lights were turned up partway through the meal, Wheatley’s guests suddenly realized that they had been tucking into a steak that was blue, chips that were green and peas that were bright red. A number of them apparently started to feel decidedly ill, with several heading straight for the bathroom!

* This is such a bad idea that I am pretty sure it won’t still be around by the time you read this. Maybe those old marketers weren’t completely wrong after all. The drink is supposedly targeted at millennials who, so we are told, like brightly colored alcopops, etc. But I am really not sure that they will want to be seen drinking blue wine. Ironically, the Italian Futurists used to serve their guests blue wine to shock them. And to think that someone now believes it will sell!