NYC’s beloved Egg Shop is a breakfast sandwich institution visited at all hours of the day (and night). Check out an egg-cerpt from their shiny new cookbook — which of these ham and egg sandwiches from Egg Shop is your favorite? Personally, we could watch this scroll forever…

One day after a very long lunch service the staff was “unwinding” at the local. A friendly debate began regarding which menu item had been the most popular the previous month. We went back and forth between the Avo Egg, the B.E.C., and the El Camino. Unwinding, as we tend to do it, usually results in placing bets on nonsensical and harmless things.

At the time, Sarah Schneider (Egg Shop founder) was particularly interested in ham and egg sandwiches and organizing a tasting for possible new menu items. I was most interested in being right about the bet, as I was fully convinced I would emerge victorious. I was so confident I asked Sarah to pick a number between 1 and 20. She picked 17, a bold move. I was hoping for a number under 10. But, unwinding as we were, the bet proceeded and the stakes were named. If Sarah was correct regarding which item had been the most popular, I would be obligated to create and prepare a tasting of 17 variations of the ham and egg sandwich. I did not emerge victorious.

What follows is my creative exercise, a visual guide in miniature to those 17 sandwiches, with recipes for 3 of our favorites following. Cheers! 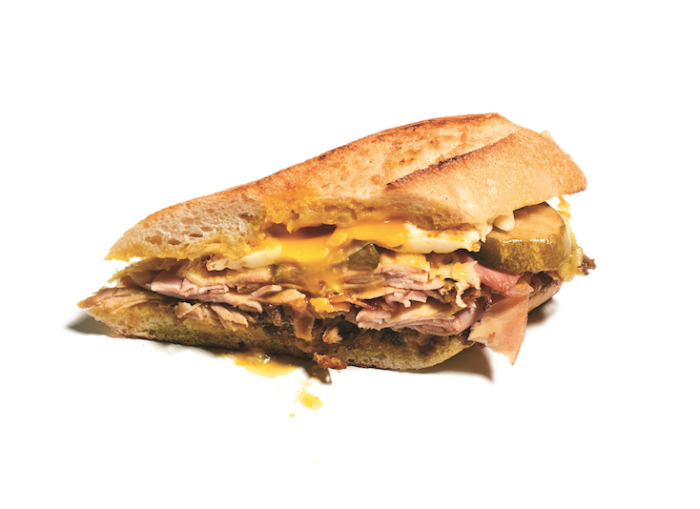 1. Cubano Con Huevo: a Cuban sandwich with a fried egg 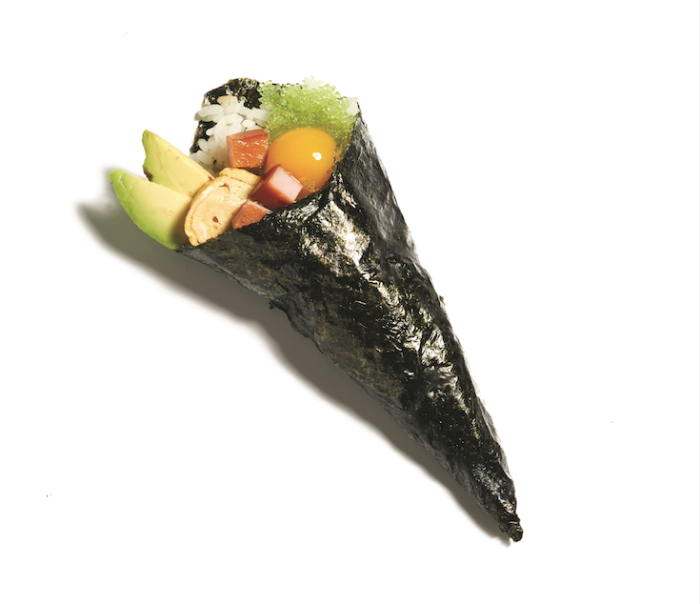 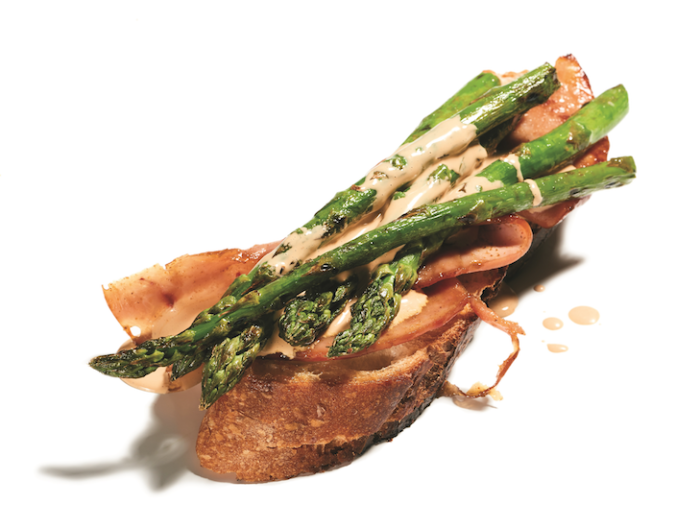 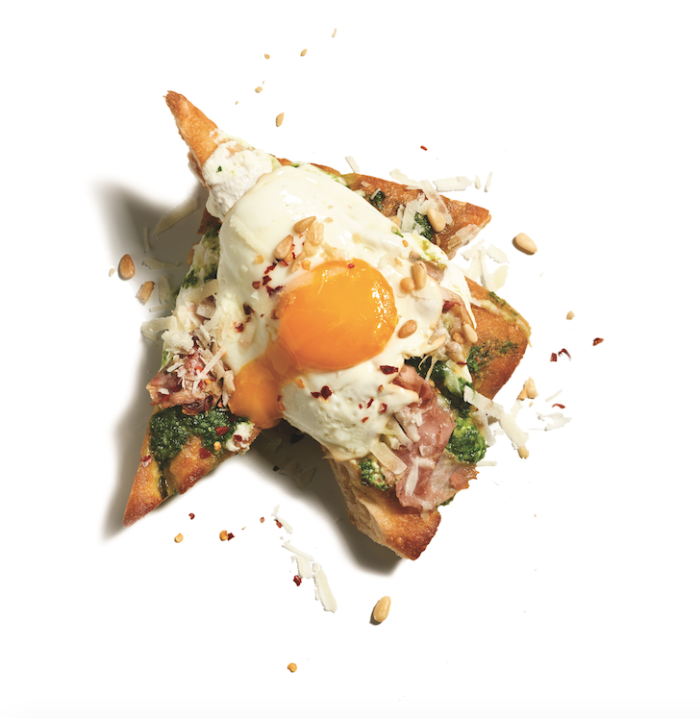 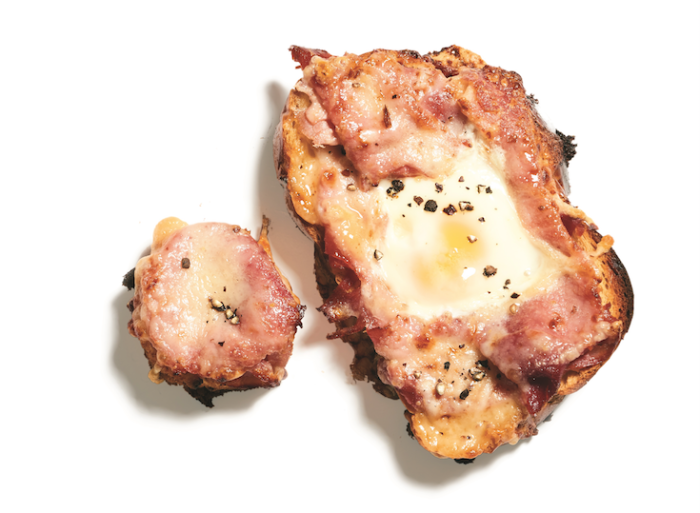 5. Ham Madame: a croque madame-style toad in a hole 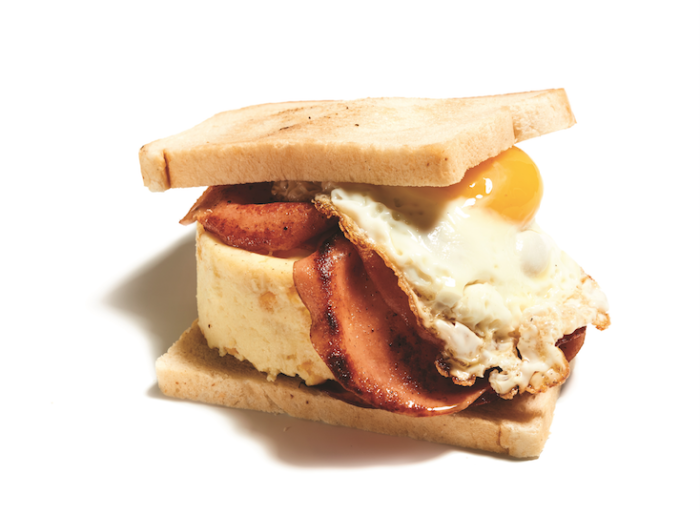 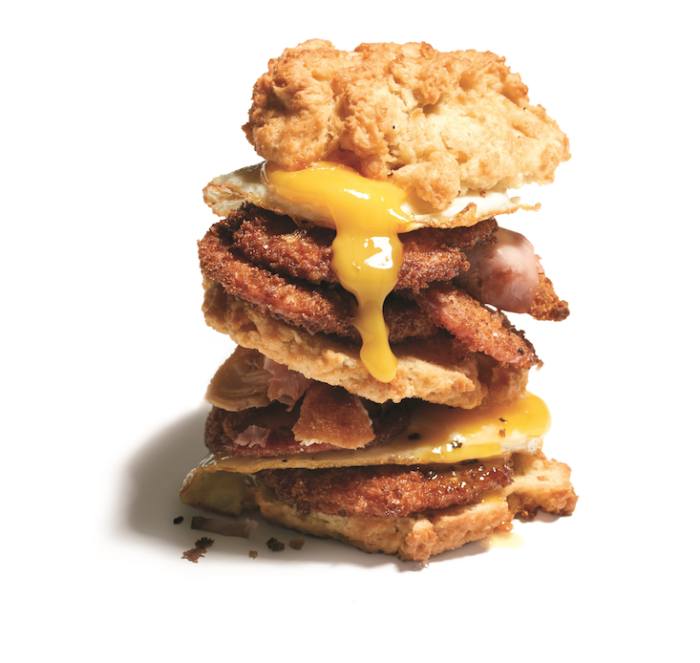 7. Going Ham: a double-decker biscuit of chicken-fried ham and ham-fried chicken, with sunny-ups 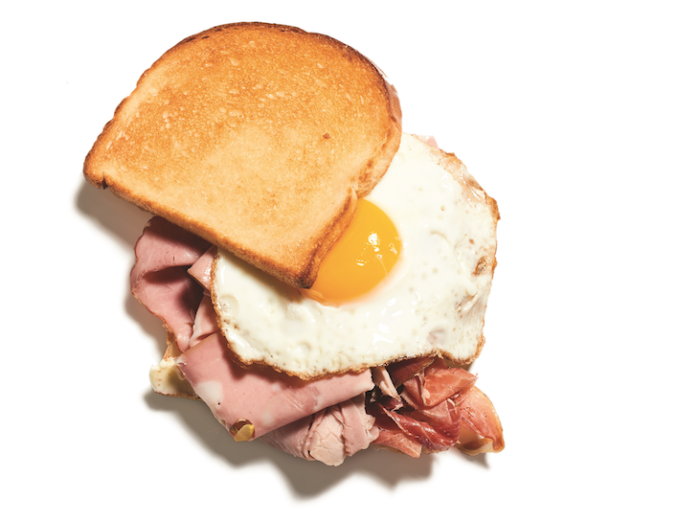 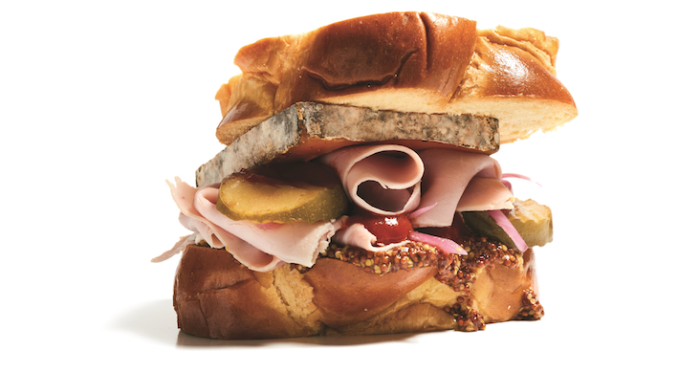 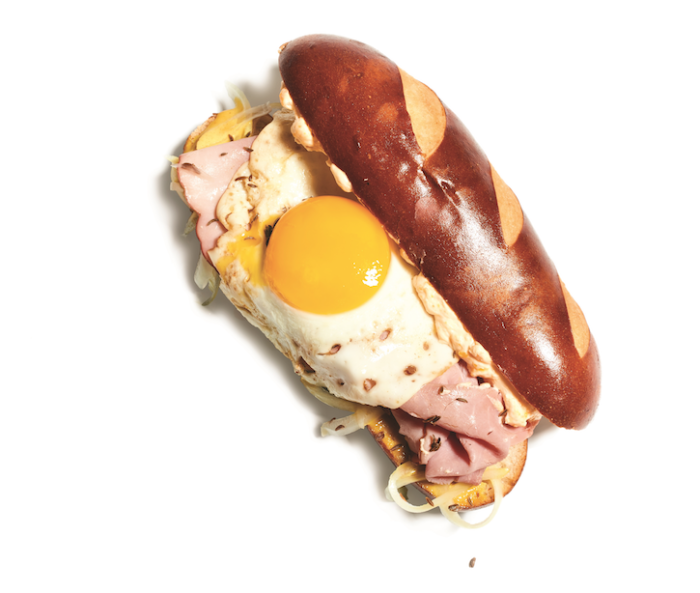 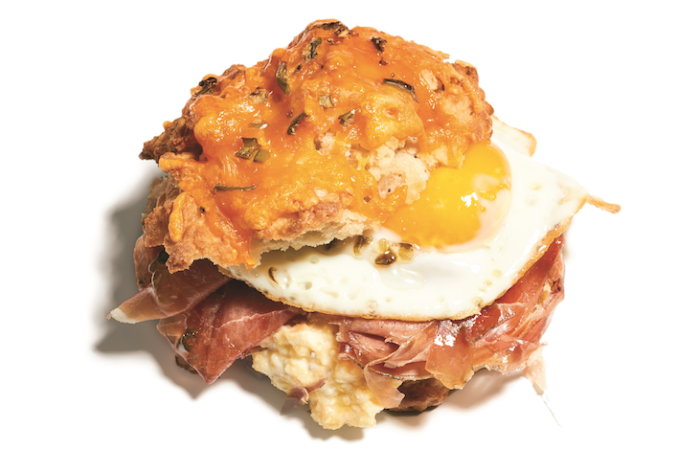 11. Bourbon Boy: Benton’s country ham, stone-ground grits, and fried egg on a jalapeno-cheddar biscuit with jalapeno jelly and sorghum on the side 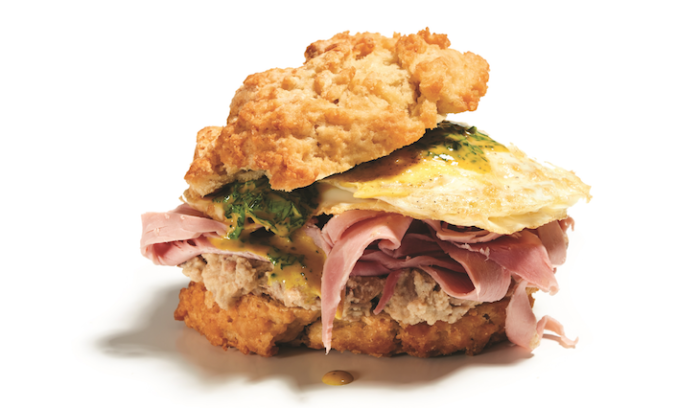 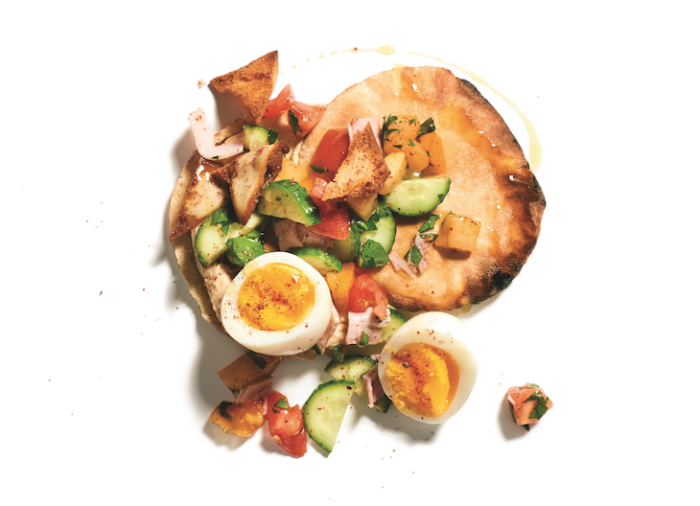 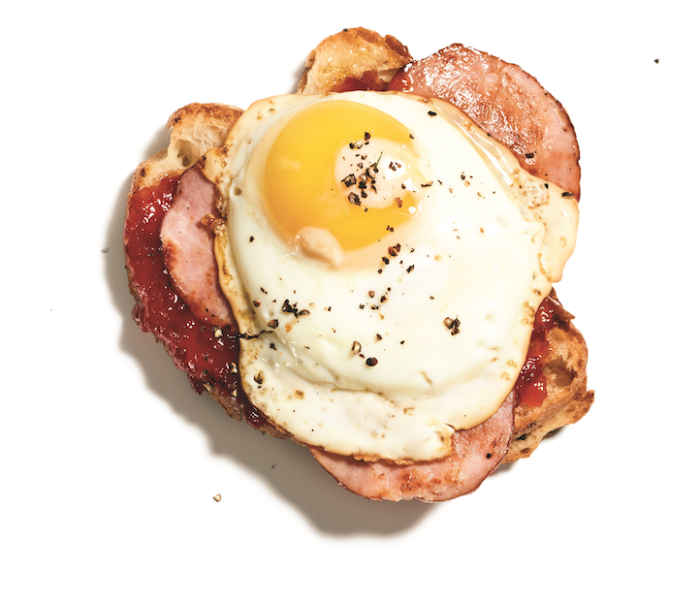 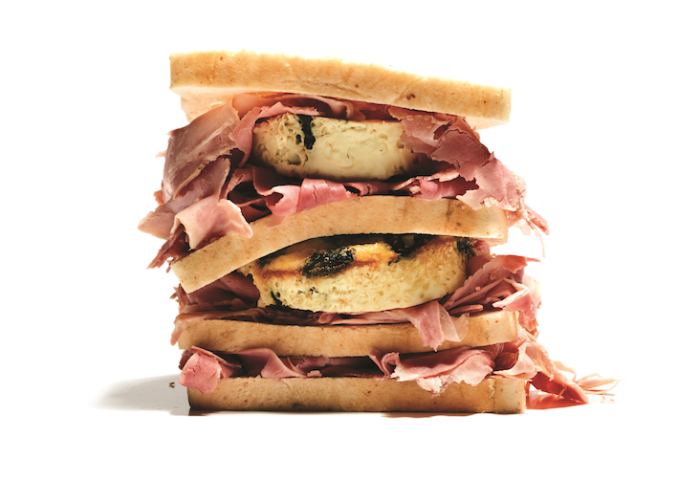 15. I Ham Who I Ham: a triple-decker white bread and country ham stairway to ham heaven, with kale frittata caught in the middle 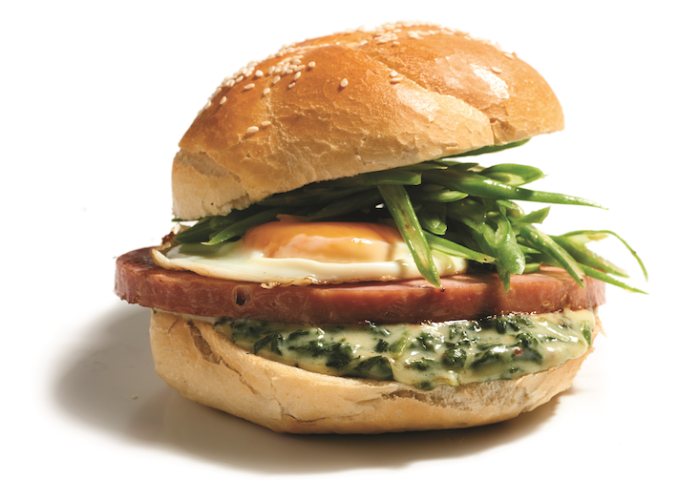 16. I Ham What I Ham: ham steak with creamed spinach spread and shaved green bean slaw on a sesame seed Kaiser roll, with olive oil on the side 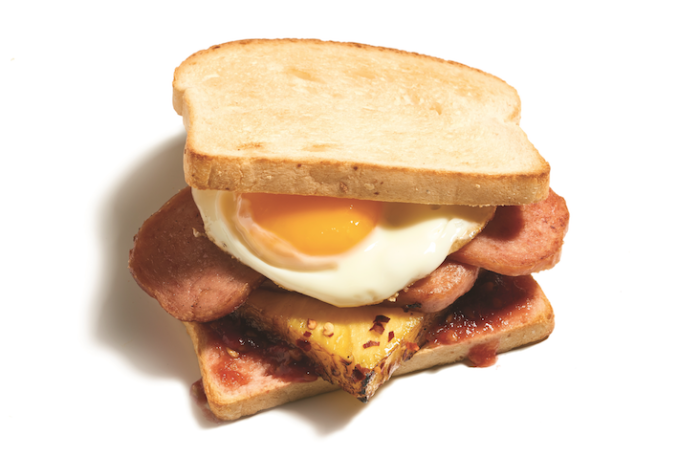 Reprinted with permission from Egg Shop: The Cookbook