Robbie Stout and Anna Davies live in the Utah desert, along with seven other bean-to-bar chocolate companies and one of the best chocolate stores in the country. In other words, there’s a good reason why in 2016 Saveur magazine called Utah “the craft chocolate capital of America.”

Sure, the huge Mormon presence is a big part of it: Since Mormons can’t partake in other specialty foods like coffee, alcohol or tea, chocolate seems like a natural choice. But the triangle of Salt Lake City, Provo and Park City is also much more affordable than posh areas like San Francisco and New York, making it the perfect place to start a bean-to-bar factory.

Of course, Park City is also Robbie’s hometown. But our story begins back in 2008, when he and Anna lived in Boulder, Colorado. Anna worked as a yoga instructor and spent her free time cycling, and Robbie, an avid cycler who had once thought of going pro, worked as a reporter for a cycling magazine called VeloNews. “I noticed all these cycling brands and coffee companies focusing on cyclists, and I was like, ‘Man, these guys are cashing in on their marketing. Is this coffee any good?’” the blond thirty-something recalled. So he decided to find out for himself. He arranged a massive cupping of more than 20 different coffees for a story and brought in experts to taste and grade each one. “I had never been to a cupping,” he recalled. “That was my first ‘aha’ moment, that they tasted different because of the roast and where the beans were from.” Robbie had discovered terroir, something we’ve talked a lot about on Chocolate Noise. But as we know, terroir doesn’t apply only to chocolate. It’s best recognized in relation to wine, but many different crops have terroir, even maple syrup. 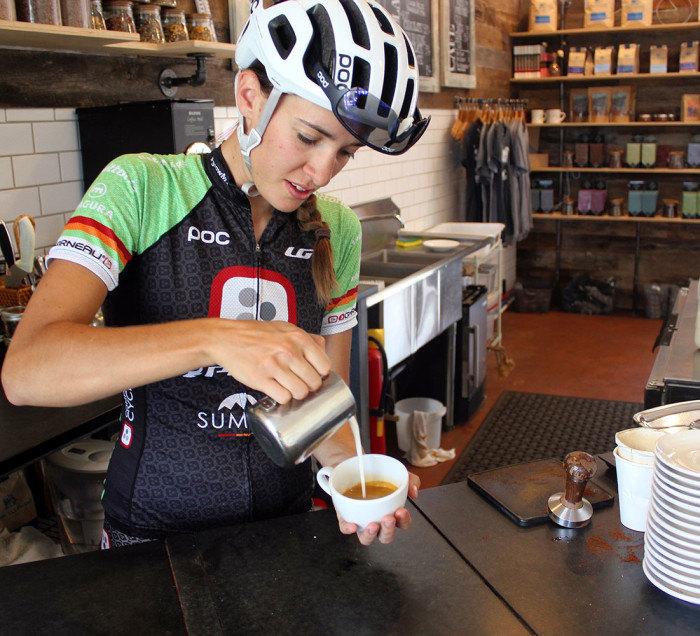 In coffee’s case, from terroir to where it grows to the way it’s treated and processed to its recent resurgence, it’s actually pretty similar to chocolate. The main difference? Specialty coffee is 10 to 15 years ahead of craft chocolate. Even my Aunt Judy knows what single origin means at Starbucks, and she’s pretty into their cascara latte, too. In New York there’s now a cup of coffee that costs $18, and people are lining up for it. That’s not yet the case for craft chocolate.

Even back in 2008, when Robbie and Anna decided coffee was so cool that they wanted to get into the business, they realized “everyone was doing coffee already.” What they weren’t doing? Chocolate. The couple had already been eating chocolate after dinner each night (they called it their ritual), and after a serious tasting of European single-origin bars with Anna’s brother in San Francisco, they started to research the possibilities.

The two read everything they could get their hands on, from Chocolate Alchemy to obscure textbooks, trying to understand the process, the chemistry, the physics and the art. They constructed their own winnower with a PVC pipe and Shop-Vac, bought a CocoaTown — all the familiar tropes we’ve heard from other makers. Ironically, in a nod to coffee, their first bags of beans were through a coffee buyer they knew who asked the farmers to throw in some cacao. Eventually, to raise money, they started hitting up cycling events with a cart that sold waffles, coffee and hot chocolate. They had no idea how they’d afford a factory of their own. 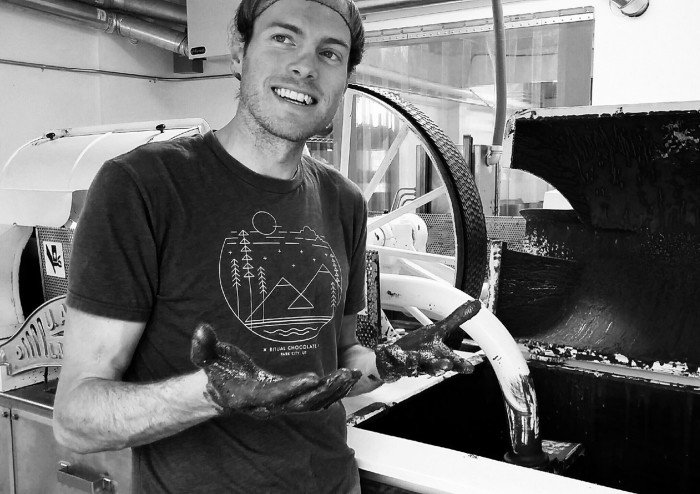 Then luck struck. In 2011 Steve DeVries, a pioneer of craft chocolate whom they’d met on a trip to Costa Rica, was taking a break and asked if they wanted to rent his factory, complete with awesome vintage machines like a German winnower from 1910. “That changed a lot of things,” Robbie said. He and Anna were pretty much on their own in the factory itself, but they spent two years hanging out with Steve, going to lunch and talking chocolate, debating different points with one of the most knowledgeable chocolate makers in the world.

They also bought a dilapidated antique Suchard conche (see below) from Steve that had “spent 30 years in somebody’s barn in George,” Robbie said. “When Steve had them shipped to Denver, they were still packed with the hay from that farm.”

Robbie and Anna spent a year and a half refurbishing the machine, but they credit it with much of their success. “Most chocolate makers throw nibs into the CocoaTown, walk away for a day or two, and then come back and have finished chocolate,” Robbie explained. “At the moment, that’s the go-to American craft chocolate way.” Not so for Ritual. They roast, grind with a CocoaTown, refine further with a ball mill, and then stick the chocolate in the conche for several days. “Conching massages the chocolate into a flowing, silky, smooth chocolate” by mixing and aerating it so that the particles are all the same size. It gives chocolate that delectable melt-in-your-mouth smoothness that we all love, and it’s part of what sets Ritual apart. 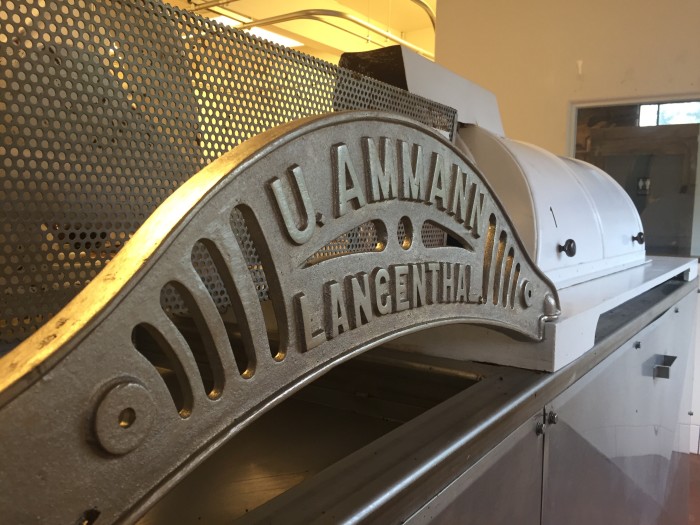 The other parts are their obsessiveness and attention to detail, their trips to origin and their intense nerdiness about the subject in general. Remember how I said they read everything about chocolate they could get their hands on? That might be an understatement. “I read every major chocolate manual at least two or three times,” Robbie said. “We spent all of 2009 and 2010 and part of 2011 reading.”

Of course, after being holed up in a city for years, Robbie and Anna found themselves spending more time at the bar than on the trail. So in 2015 they picked up and moved themselves and their chocolate to Park City, where they could spend more time outdoors. 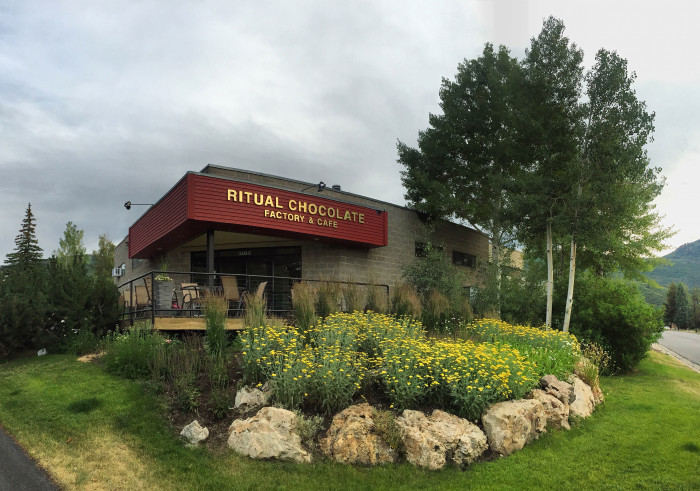 They opened a café that serves — you guessed it — coffee and chocolate, as well as baked goods; you can also tour their factory and taste chocolate right out of the grinders. And their new labels even hint at their rugged, athletic lifestyle: Think muted colors, mountain imagery, clouds, wind and teepees. In Robbie’s words, “It’s very Utah-inspired.”