Making bread from scratch can be a frustrating experience. Minuscule changes in temperature or ingredient ratios can end in disaster — I’ve certainly escorted my fair share of failed loaves directly to the garbage can. Despite these challenges, at its core breadmaking is not inherently difficult. There are no exotic ingredients required or specialized technique. In fact, the no-knead method popularized by Jim Lahey makes it easier than ever for even the most tentative of home cooks to attempt making a respectable loaf at home.

However, great bread does require two things: high heat and steam. This creates the contrast between its crusty, shiny exterior and chewy, spongy interior. Professional bread ovens can reach high, consistent temperatures and often have steam jets to create the ideal baking environment. 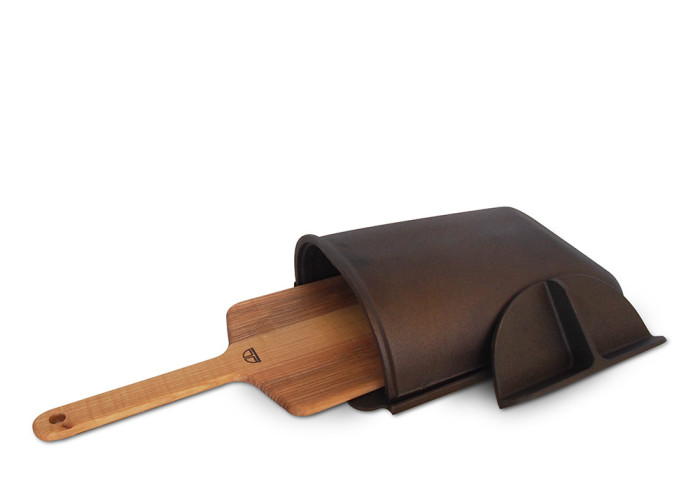 The Fourneau bread oven is a smartly branded, cast-iron baking accessory that replicates the effect of professional bread ovens. The domed shape creates a cave that traps heat, and since it’s made entirely of cast iron, it maintains an even temperature and can tolerate extremely high heats. It also comes with a custom-sized peel, making for easy handling of the dough in and out of the oven.

Is it better than a Dutch oven? Heavy, iron and sealed with a lid, a substantial pot creates the same basic environment and unlike the Fourneau, it has myriad other uses. The Fourneau does have one major advantage: its front-facing, removable door — a defining feature. A pot requires wiggling the entire pot far enough out of the oven to remove the lid, but Forneau users can simply remove the semicircular door and set it to the side without moving the vessel. This can come in handy, especially when that pot lid or baking door hits a searing 465°F.

So how does it work? I loaded the Fourneau into my oven and set out to make a standard white loaf. The recipes provided with the oven all employ a no-knead method, so with $10 in raw ingredients and one large mixing bowl, I was ready to go. 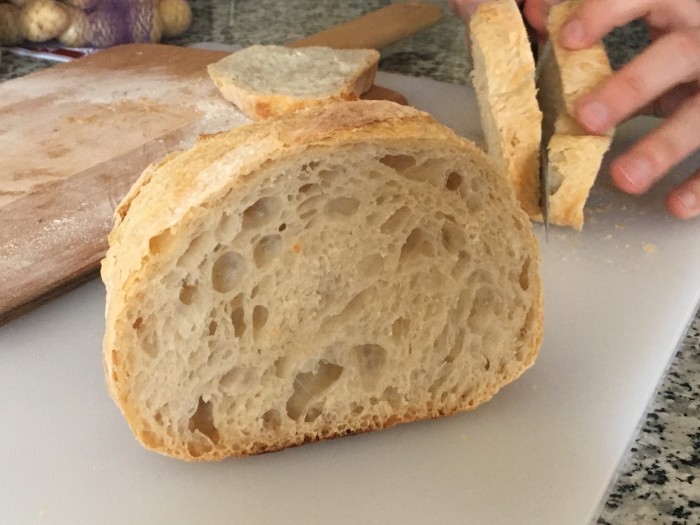 After mixing, rising, folding and shaping, my first loaf was ready to be loaded in. I delicately placed the dough ball onto the peel and, with a deep breath and a hasty shuffle, slid the dough into the oven and closed the door. The first 20 minutes of baking time happen with the door closed to allow steam to develop inside the oven, which facilitates rising. The second half of the baking time is completed with the door open, to allow the crust to develop and darken. Properly executed bread will have a thick, shiny crust. If the bread is matte, it usually indicates that there wasn’t enough steam in the oven.

I removed my first loaf, and it was indeed matte. The crust was thinner than I wanted, and aesthetically it looked like the product of a novice baker. The interior texture, however, was supremely spongy and chewy, but also tender. It was perfectly salted and comforting to eat. While it wasn’t perfect, I shamelessly devoured the entire loaf.

I was convinced that steam was escaping the Fourneau. Even the tiniest leak could be problematic. To remedy the problem, I sealed the seam where the dome connects to the plate using aluminum foil. I wouldn’t be able to seal the door since the oven would be far too hot to handle, but I hoped this quick fix would be sufficient.

I loaded the second batch of dough onto the peel and shoveled it into the oven, quickly closing the door. Thirty-eight minutes later, I removed a darkly toasted round loaf with a waxy sheen. Success! The improvised foil trick worked. The crust was a bit thicker, and the color was perfect. The interior was consistently chewy and delicious.

Since I had fixed the assumed steam leak, the next few weeks were filled with experimentation: baguette-shaping, olive loaves, adventures in rye flour. Across the board, the results were delightful. And since the Fourneau is uncoated, it gets better with each use as layers of seasoning develop. 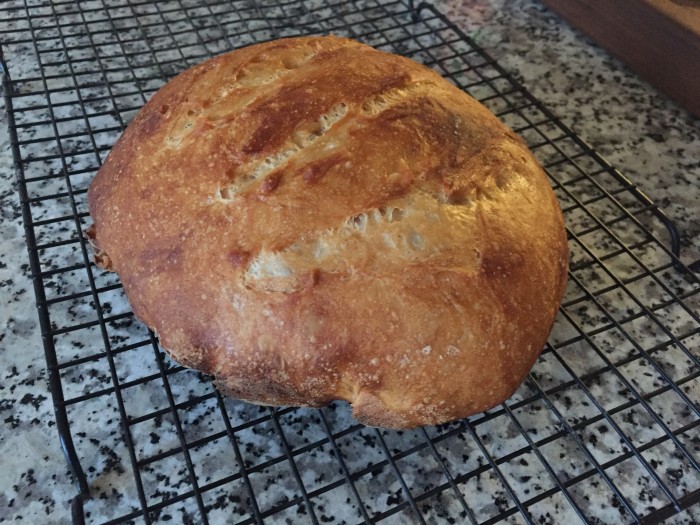 I also replicated the basic white bread recipe using my Dutch oven. As with the Fourneau, I sealed the edges with foil to ensure no steam seeped out where the basin meets the lid. The resulting loaf was delectable and had the same caramel sheen.

Getting the dough into the hot oven was more of a challenge with the Dutch oven. Perhaps I’m nitpicking here, but the design of the Fourneau means the dough can be slid directly in and out instead of being lifted over the rim of a pot. When that pot is preheated to nearly 500°F and the delicate dough ball is soft and sagging through your fingers, this makes a big difference. No one wants ugly bread. Or worse, bread with a folded seam that unravels during the tricky maneuver from countertop to pot.

I’m a proficient baker, but by no means a pro. The combination of no-knead recipes and the Fourneau, however, made me feel legitimate. Yes, the oven itself is cumbersome, and I admittedly have nowhere to store it in my apartment when it’s not in use. I would prefer if it were a little larger to accommodate heftier loaves, but it already weighs a whopping 28 pounds. It costs the same as a large Dutch oven and has far fewer uses, but the craftsmanship is top-notch (it’s made in the USA).

I’ve had a lot of fun using it — how many other products and appliances can you say that about? There are few things better in life than warm, homemade bread. For that luxury, I’ll gladly carve out space in my kitchen for the Fourneau, and when my boyfriend complains about the lack of cabinet space, I’ll shove a piece of warm bread in his face.

*For some excellent resources on breadmaking, refer to any of the cookbooks from Jim Lahey or Flour, Water, Salt, Yeast. Also, invest in a digital kitchen scale. Dough is fickle and exacting measurements are required.

Note: The Fourneau retails for $250, but the company is currently out of stock and not taking new orders. You can sign up for notifications on availability on the company’s website.