This story originally appeared on Chocolate Noise, where food writer and chocolate expert Megan Giller explores the world of American bean-to-bar chocolate. Subscribe to the series here, and stay tuned for Megan’s book about chocolate coming out from Storey Publishing in August 2017.

At age 35, Alan “Patric” McClure voluntarily enrolled in an organic chemistry class. For nine years, his company, Patric Chocolate, had been widely accepted as one of the best bean-to-bar chocolate companies in America. It had won accolades from Gourmet, The New Yorker, and Food & Wine, among others, and a slew of awards at the Northwest Chocolate Festival, the International Chocolate Awards, and Good Food Awards (more than any artisan in any category), captivating chocolate lovers everywhere.

Yet McClure wasn’t satisfied. He’d been scouring chemistry books on his own, trying to learn more about flavor formation and texture in chocolate, but he was frustrated at the slow going. So he sought out a professor in flavor chemistry at the University of Missouri to explain a few things. The professor helped quite a bit, but he didn’t know much about chocolate. Rather than give up, McClure went all in: He enrolled in a master’s program in food science with an emphasis on flavor chemistry. “I thought, what if I could bring both worlds together? That would create a monster in a positive way in understanding how to tweak chocolate so that the result is even more delicious than anything that’s existed before,” he says.

Of course, that also meant making some changes in his bean-to-bar chocolate company. As employees left, he didn’t replace them, which meant his staff dwindled from five people to two. He reduced production 75 percent, raised his prices, and told his loyal followers what he was up to. “It seemed like a crazy thing to do, but I don’t think I had a single person tell me I was an idiot,” he says. Now, if you want a bar from Patric, you have to subscribe to his newsletter, where he announces the releases once per month, and then jump on it faster than a hipster on a fixie bike.

“I have no use for an interesting bar that doesn’t make me want to eat it.”

Why not? After all, Patric Chocolate had just started making money in 2013, a rare occurrence for a bean-to-bar company. Going back to school was a risky move. But most people in this industry know that if you could cut down on the trial and error inherent in making craft chocolate (figuring out the right roasting temperature for each batch of beans, deciding how long to conche, and so on) by understanding the chemistry behind it — well, the sky would be the limit.

“I had to struggle the whole time to understand more about what I’m doing, the levers and dials that you pull as a chocolate maker,” McClure says about what it was like to make chocolate before grad school. “Understanding scientific ways of approaching things has allowed me to have more solid results when I’m doing my own R&D,” he continues. “My decisions tend to be better, based on facts” rather than on a hunch. 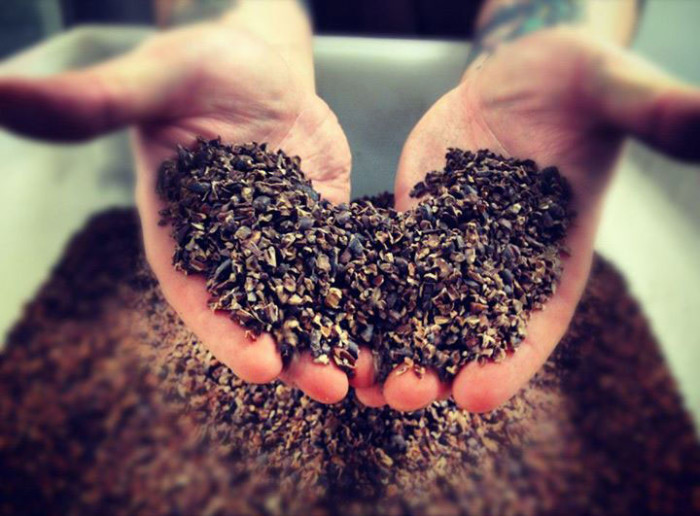 McClure is already using his new knowledge to make a difference. For example, he’s spent almost two years of his graduate program analyzing different cocoa samples to evaluate their levels of theobromine, caffeine, and epicatechin. Those three compounds, among others, give chocolate its signature bitter taste, one that turns many people off dark chocolate. “I’ve been looking at the amounts of those in different origins of cocoa in an effort to learn more about exactly where the bitterness is coming from,” he explains. By analyzing the amounts of each in different types of cocoas, he can better understand how to make less-bitter chocolate from all sorts of beans.

Because for Patric Chocolate, it all comes back to flavor. McClure makes chocolate that he wants to eat, something that’s “not only complex and interesting, but also delicious. I have no use for an interesting bar that doesn’t make me want to eat it,” he said. “If one taste is enough to last me the rest of my life, then I don’t care how complex or unique the bar is. It has to be delicious.”