World champion bartender Charles Joly’s new barware line, Crafthouse by Fortessa, is discretely ingrained in the cocktail renaissance. The collection is an ode to high-brow mixology that brings five-star libations to the home bar. The standout piece is the cocktail smoker box.

Roughly the size of a square shoebox, the device exterior is made of polished stainless steel and glass. Inside, the floor of the chamber is a reversible walnut plank with grooves for holding glassware. It’s an impressive centerpiece that, when propped on a countertop, immediately draws the attention of guests. It’s also the most service-oriented piece in the collection.

A dual-door design allows the bartender to access the box from the back (from behind the bar), and once the drink is ready, the guest can retrieve it themselves by flipping the latch to open a second, guest-facing door. It offers a fun, refreshing level of guest engagement. Who doesn’t love the spectacle of watching their cocktail disappear behind a cloud of opaque smoke, only to open a door and retrieve it from its foggy mystery? It’s anticipation on par with opening a beautifully wrapped gift.

As an advocate of drinking brown liquor in my slippers (but also really nice cocktails), I was intrigued. Joly is the former beverage director of renowned Chicago bar the Aviary. He’s also won nearly every competitive cocktail competition on the planet, including a James Beard Award for Outstanding Bar Program, and he was crowned World’s Best Bartender in 2014. Clearly, the man knows cocktails, but how would he translate his vast repertoire to an at-home collection? 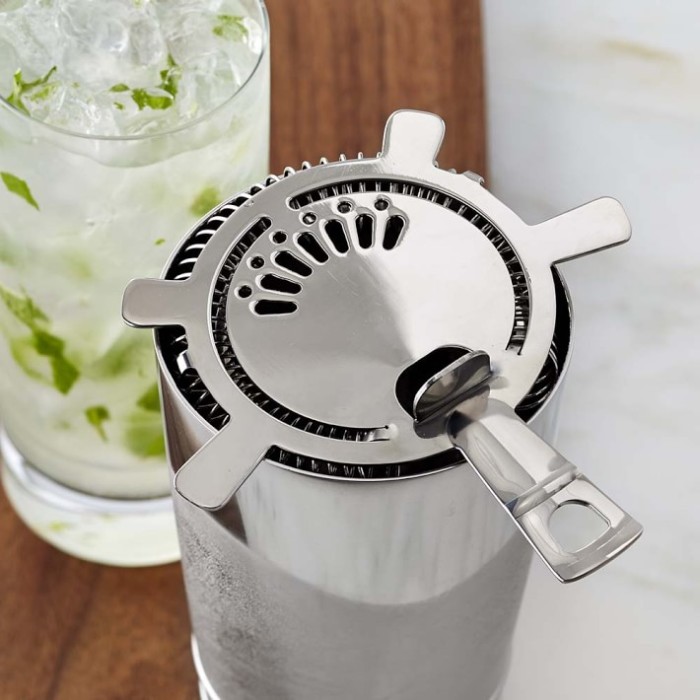 I set up the box and the included smoking gun quite easily. A small circular opening in the bottom corner of the box precisely matches the size of the plastic tube that runs from the gun into the box, ensuring that no smoke escapes. There was some fussing with the configuration at first, but once the hickory was loaded into the well, I lit a match and ignited the gun. Almost instantaneously, the entire box filled with thick plumes of smoke. My entire New York City apartment, which admittedly is not the most spacious, filled with the tangy, sweet aroma of burning hickory.

Reassured that everything was working properly, I tested the box with everything from the obvious whiskey cocktail to tequila and red wine. 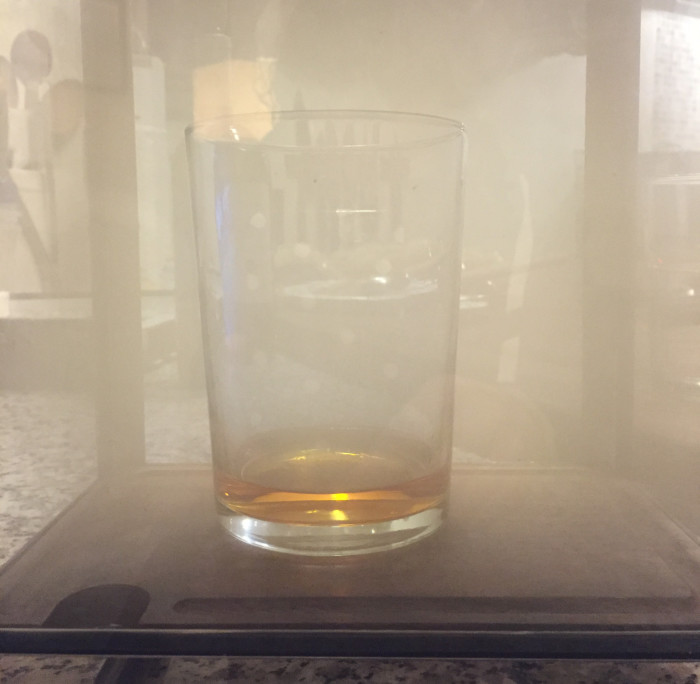 For something like a straightforward old-fashioned, the delicate touch of smoke provided an interesting layer of flavor, and the hickory made for an appreciated complement to the whiskey. Despite the potency of the smoke aroma and the visual magnitude of that inaugural use, the smoke flavor itself was very subtle.

This isn’t like smoking meats. Barbecue, in addition to using hardwood smoke, also relies on heat and a lengthy cooking time. These cocktails are in the heat-free box for a few minutes at most before ice starts to melt and the drinks begin to lose their just-made sheen. It was, as suspected, eye-poppingly fun to open the smoker door to reveal my fancy smoked cocktail marinating inside.

For my next experiment, I smoked a bevy of whisk(e)ys, bourbons and tequilas to see how closely I could replicatescotch and mezcal. The short answer: I couldn’t. The smoke flavor was too delicate to impart the powerful punch you expect from an aged mezcal or peaty scotch. The brown liquor tests were perfectly passable, but I’d rather simply enjoy a fine bourbon as it’s intended: via a generous pour, served neat, without any pretense.

Since the smoke flavor was far more subtle than I was expecting, I theorized that a full-bodied red wine might benefit from a unique, unexpected layer of smokiness. Plus, the smoke would aerate the wine, right? The results were mixed. The aggressive pepperiness of the red wine I used would be a solid foundation for the smoke to build on, but the white was a misstep. The smoke put a big damper on the fruity crispness of Sauvignon Blanc. Using oversize wineglasses did, however, make for a swoon-worthy presentation: Their bulbous shape proved ideal for capturing and holding the tasty fog, which continued to lightly waft fragrant smoke for several minutes.

Next, I filled a small bowl with citrus peels on the theory that if I didn’t want to smoke an entire beverage, I could still imbue some of the flavor by smoking certain components of it. The peels were smoky-smelling enough when I removed them from the box, but the sensation faded quickly.

The conclusion: The smoker box delivers a haute, bar-worthy experience typically found at award-winning trendy spots. Guests, and unsuspecting roommates, would certainly be surprised and delighted by the obvious upgrade it brings to any home bar. Fun as it is, however, the smoking box itself isn’t actually doing anything. The smoking gun does all the work, and the bartender is responsible for crafting the drink and choosing the best wood chip variety for the recipe. The box is simply the container. An oversize bowl and kitchen towel would achieve the same effect, albeit without the panache. You’re really paying for the flourish, and at $199, that’s an expensive luxury. But for the hardcore cocktail enthusiast or ambitious entertainer, it’s a statement-making accessory that can easily anchor an entire party.