We at Food Republic know the value of culinary textural elements, better known as “crunch.” We even have a whole recipe series dedicated to all things crisp, crunchy and shatter-rific. Whether you’re deep-frying, popping, baking or deep-frying again, there’s a way to get the audible satisfaction you desire in any of these delicious snacks.

We aren’t going to tell you this will completely mimic the all-encompassing and all-powerful burger, but serve a big bowl of this cheeseburger-inspired popcorn to your guests and you’ll be the coolest kid on the block. Trust us. Cooking the kernels in rendered beef and bacon fat will give your popcorn some meaty background notes, and then it’s punched up with all the classic burger fixin’s, in powdered form of course.

This dish was discovered at one of the pop-up food markets we frequent in New York City. One cold weekday evening, when business was slow, our neighbors across the aisle, La Sonrisa Empanadas, motioned to us for a few thin slices of salami. In accordance with our unwritten understanding that we keep each other fed during the long market hours, we obliged. A few minutes later, we received a surprise treat. Ariel, the empanada master, had taken our slices and dropped them in the fryer. The result was salami chips — a delicious snack and appetizer, and a powerful creator of texture in a wide range of main dishes. 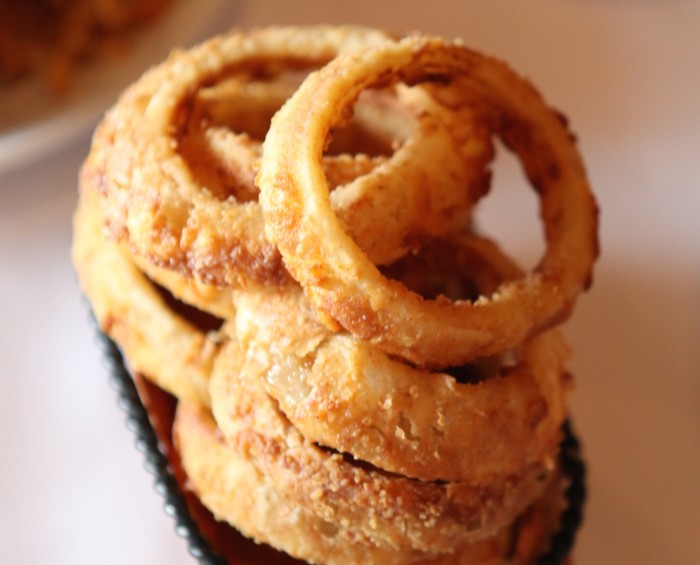 Leave the egg wash and breadcrumb station behind, fire up the fryer and try out chef Michael Lomonaco’s recipe and techniques at home.

The combination of crispy food and cold beer is hard to beat, but consider getting your salty, crunchy fix from a slightly more exotic source: the Israeli kitchen. Moroccan cigars, or sigariyot, as they’re called in Israel, are a staple at mizrahi (North African) eateries and beyond. When done right, they’re world-beatingly good; the combination of crispy shell and tender, flavorful filling is irresistible and not as hard to pull off as you’d imagine. In Israel you can buy a special frozen dough — something in between a wonton wrapper and puff pastry — in the supermarket freezer.

In testing, we realized that when the pork skin was chopped really small it almost had a popcorn-like result. Topped with the salty-sweet seasoning, it’s addictive and one of the most popular items on the Taste menu. It’s also perfect for any party or tailgating snack.

Coconut shrimp are ubiquitous in restaurant chains and steakhouses, but 9 times out of 10 they are frozen, then deep-fried and served with a cloyingly sweet sauce. More people should make them at home, as they are so easy to execute, and they’re a sure crowd-pleaser. We use a classic beer batter and up the sweetness with a little sugar. The secret is to mix sweet coconut with unsweetened coconut to get a nice balanced coating. Served with a spicy chili garlic sauce, they are a knockout.

My tasters liked these because they have a ton of zingy flavor without the bite of hot wings. The pepper also makes a crunchy coating. If you end up wanting to add heat (hey, we’re indecisive too), a few dashes of habanero sauce should do the trick.