As a kid getting ice cream at Rite-Aid, watching the clerks use those weird cylindrical scoopers, I was always torn between choosing the regular cone or the sugar cone.

Something about the regular cone looked and felt right, but the other one was called sugar. If sugar was in the name, it had to be better, right? Right?? Thank science the place didn’t also serve waffle cones back then, because my small child brain may have exploded. But besides looking different, what are the differences between regular cones, sugar cones and waffle cones? 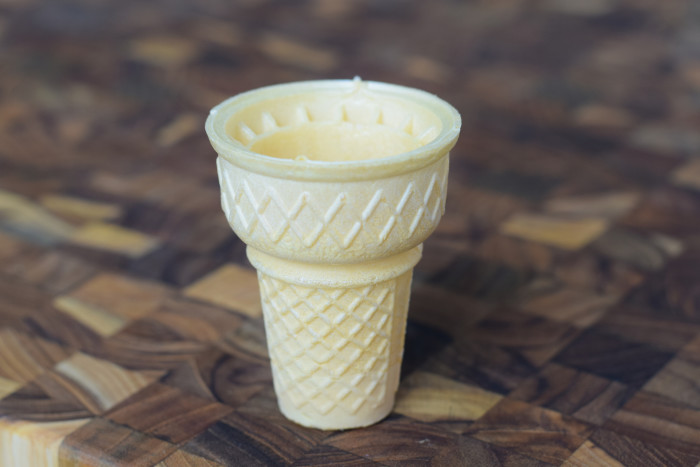 The main difference between this cone and the two other main varieties is sugar content. These have less than 5 percent sugar by volume, whereas sugar and waffle cones can have upwards of 30 percent sugar (see, child-me knew he was onto something). So why even bother with the others, right? Wafer cones often have a flat bottom, so you can set it down if you need to. Additionally, because the bottom doesn’t usually come to a point, there won’t be any chance that a small hole in the bottom will start leaking melted ice cream onto you before you notice. Primarily, if I’m going with a flavor that’s not super-intense, I’m going to go with the wafer cone so I can taste what’s going on without being overly influenced by cone flavor. Also, if we’re talking soft serve, we’re talking wafer cone, for the aforementioned “melt and leak” reasons. 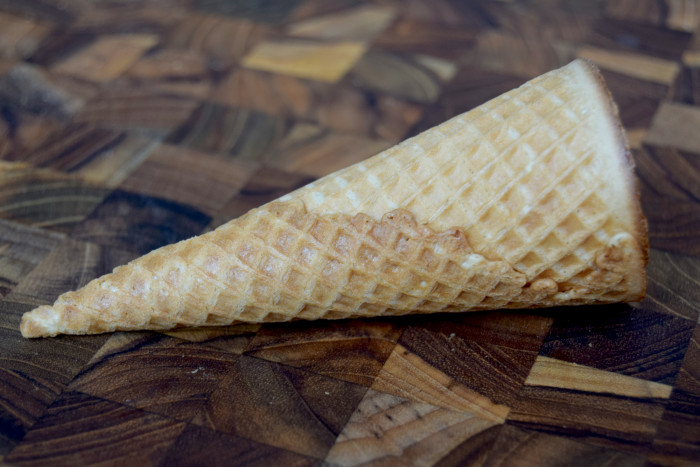 This is the sugar daddy, so to speak. Sugar cones are crunchier and sweeter than wafer cones and sport an actual cone shape. If you’re the kind of person who takes his time eating ice cream, a sugar cone is sturdier than the others and will last longer before getting soggy and falling apart. The sugar cone is an iconic image people see in their minds when they think of ice cream cones, but for me, these cones can be too brittle (particularly when the store-bought ones have been sitting around for a while). But if you’re looking for serious crunch, this is your best bet. 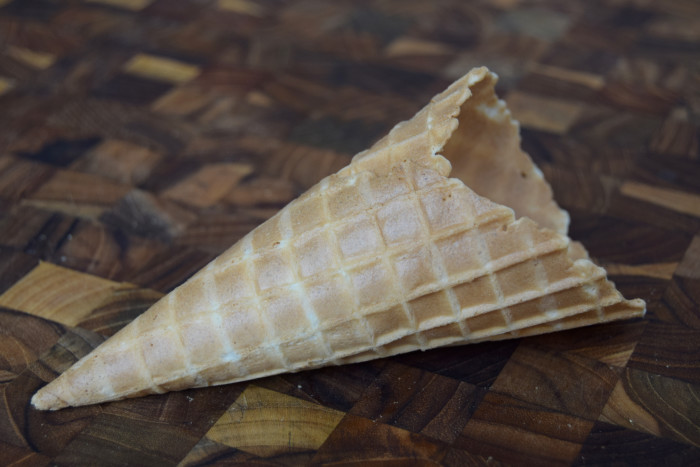 This is the Cadillac of ice cream cones. Waffle cones are like a sugar cone but bigger, fluffier and softer, made in a special press, and a mainstay of small ice cream shops and brand-name giants alike. These are also usually the cones that get something extra — a coating of chocolate with sprinkles, nuts, crushed-up cookies or anything else you can imagine. Waffle cones often require an accompanying spoon — I’ve even come across a waffle cone bowl option (shown below). Now, if we could just develop some sort of edible spoon that can reach all the way to the end of a mega waffle-cone sundae…. 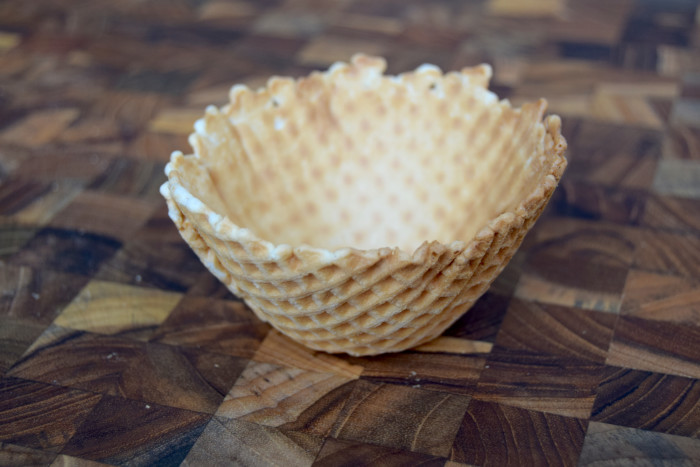 So which should you choose?

This really comes down to personal preference. Honestly, there aren’t a lot of wrong choices here, or hard and fast rules (except that soft serve should go in a wafer cone). When it comes to ice cream cones, if it feels right and it looks right, then it probably is. And when it tastes right? Well, then that’s all that really matters. 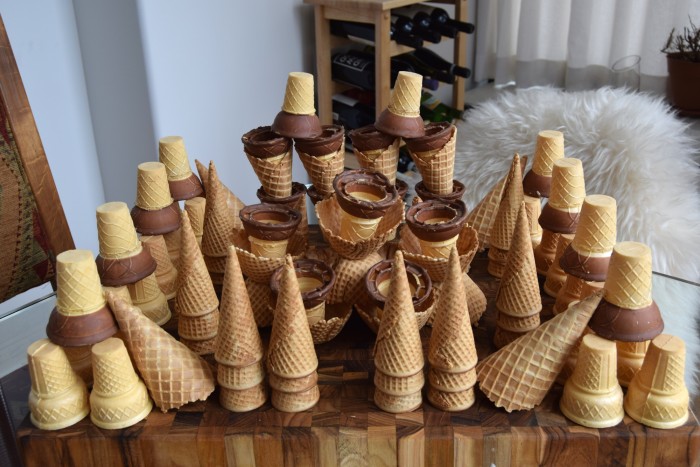