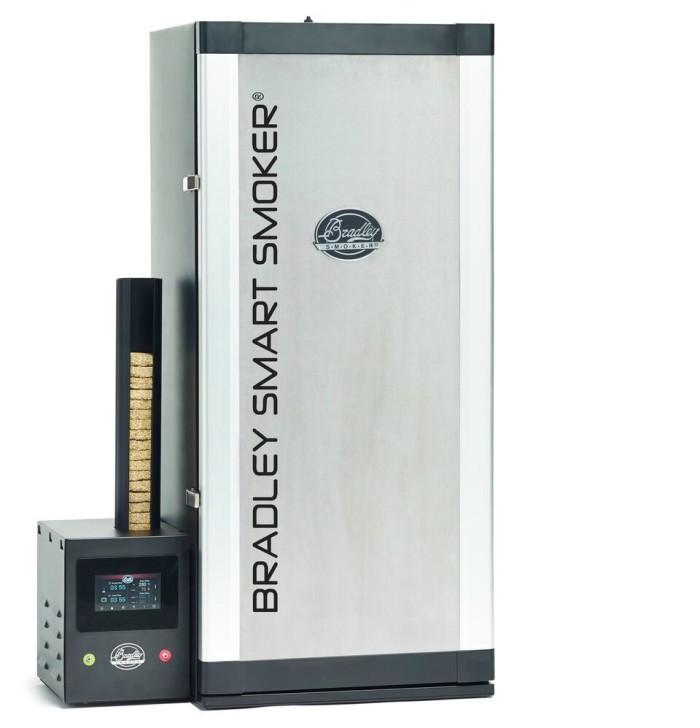 I’m not sure what the current hottest food craze is — pickling, souping, sausage-it-yourself? — but I do know one cuisine that never goes out of style: barbecue. Romantic visions of the South and well-worn, homemade barrel smokers with crackling chunks of hickory come to mind. Alas, I live in a city, and both space and time are in short supply. Summer is peak barbecue season, and Labor Day is fast approaching, so what’s a hungry Brooklynite to do?

I’m going to gloss over the finer points of true barbecue, but for an excellent read, I suggest Peace, Love, and Barbecue by pitmaster legend Mike Mills. In short, barbecue is the opposite of grilling. Grilling requires high temperatures and direct heat. Barbecue entails that food be cooked over very low heat for long periods of time, typically using hardwoods as the fuel source to infuse smoky depth of flavor. Fattier or tougher cuts, like pork butt and beef brisket, are optimal for barbecue because the fat and collagen require a long time to break down and transform from tough, raw meat into tender, juicy eats. The high fat content will keep these cuts moist and prevent them from drying out despite lengthy cooking times, which often exceed 10 hours. It’s a method that cannot be rushed. Despite any kitchen hacks you might find on the internet, you cannot cheat good barbecue.

Temperature control is very important. Expensive kamado-style smokers like the ceramic-coated Big Green Egg ($1,000+) go to great lengths to preserve heat and provide consistent temperature control. Even entry-level options from Masterbuilt and Weber use porcelain enamel coating and double-walled steel to help prevent heat loss. Regardless of price, most of these smokers require hands-on attention and an above-average degree of user proficiency. You have to know how to maintain a proper burn without fluctuations in heat. You have to monitor your meats incessantly, and if you’re aiming for BBQ championship–level pulled pork, you’re facing almost 12 hours of diligence. I love a good pulled pork sandwich, but I’m not willing to pull an all-nighter just to make one.

I discovered the Bradley Smart Smoker — or, as we call him in my house, Brad — at the housewares show in Chicago this March. Equipped with a digital interface and bluetooth connectivity that monitors temperature, it was one of the few products at the show whose tech integration didn’t appear arbitrary and actually offered a better user experience and improved cooking process. The digital display on the smoker box controls the internal operations. There are separate settings for the oven and the smoker. Since these functions can be used independently, you can use the smoker as a standard outdoor oven or, more interestingly, as a cold smoker. An optional thermometer wire can be inserted into the meat and, via the digital box, will send formation on the internal temperature to your smartphone via the integrated app, alerting you when the meat is approaching the optimal finished temperature. You can also adjust Brad’s oven temperature, cooking time, and other settings via the same app, meaning you don’t have to babysit the smoker for hours on end while in use. Smoking meat is no longer a high-maintenance ordeal.

Brad arrived in a very large, intimidating box. Yet he was easy to assemble. There are only three components: the main cooking chamber, the smoker box and feeding tube, and a few accessories (cables, cooking racks), all of which simply slide and lock together. However, what differentiates Brad from other smokers, both electric and otherwise, are the patented Bradley bisquettes. Shaped like small hockey pucks, the bisquettes are made from coarsely shredded, pressed hardwood sawdust. Packed tightly into dense discs, the wood shavings burn slowly to produce a clean, consistent smoke without producing ash. Ash leads to dirty food that tastes like soot, not smoke. Since the bisquettes aren’t soaked first, they also don’t steam. Steaming delays the cooking process since wet wood chips will steam in order to dry before they can begin to properly smolder and produce flavorful smoke. Wet wood chip steam is not a flavor profile common to great barbecue.

With the smoker assembled and my first batch of bisquettes selected (maple), I immediately procured copious amounts of pork, chicken, and sausages. I keep a lot of secrets from my landlord, but I won’t lie: Plugging in a high-voltage electric cooking device on my roof made me nervous. A small electrical mishap would easily incinerate my entire building. Luckily, after doing some research, I found that electric devices are far safer than I realized. Since there is no actual flame, and the smoker is designed so that all the heating elements are self-contained inside the main, thickly insulated cooking chamber, the Bradley is ideal for home cooks like me with limited space. It’s compact enough to fit just about anywhere, including rooftops in crowded cities, without the added risks of propane or live fire.

The smoker works by automatically feeding bisquettes from the external feeding tube along a short tray through the smoker box inside the smoker oven, and then dropping them into a small pail of water to extinguish before they start turning to ash. Each bisquette burns for 20 minutes and, once finished, will automatically push the next bisquette into the oven. It is mind-blowingly simple and effective. Each time I opened the smoker door to check the progress (which is a bad habit and a serious faux pas — it’s like opening the oven while baking a soufflé), a giant waft of opaque smoke flooded my face. I had no idea something so small could produce so much smoke.

The first batch of raw sausages came out spectacularly moist. The casings had an undeniable snap! that I’ve never been able to achieve using other methods like grilling, sautéing, or roasting. The meat inside was juicy and flavorful, and juices spurted out when I pricked one of the sausages. The smoke flavor was subtle, but not quite as potent as I’d hoped. The sausages were filled with herbs and seasoning, so perhaps a more basic template, like chicken, would better absorb the maple smoke?

I spatchcocked a large chicken and rubbed it down with an assertive amount of BBQ rub. I set the oven to 220°F and turned on the smoker. Just under three hours later, I removed the chicken to discover a delightfully browned and crispy chicken. The smoke aroma was intoxicating. I sliced into the chicken, and it was as moist as I expected, but the flavor was just not right. The seasoning mixture was too overpowering, and the balance of smoke and rub were at odds with each other. Adjustments had to be made.

After weeks of toying with the smoker, I hosted a Memorial Day BBQ, and Brad was the main event. Specifically, he was tasked with two enormously fat chickens and an eight-pound pork butt. The night before, I coated the pork in a mixture of 50/50 salt and sugar and wrapped it in plastic. By the next morning, the pork was slightly cured and the exterior had taken on a glossy veneer. For the chickens, I did nothing. The pork went into the smoker at 10 a.m. on the top rack with the fat cap side up so that the fat would drip down over the pork and onto the racks below. Just before 2 p.m. I brought the chickens to room temperature and seasoned them with nothing but an aggressive amount of salt before placing them on the smoker on the lower racks, below the dripping pork. I removed the pork around 3 p.m., wrapped in foil and a large kitchen towel, and allowed it to rest while the chickens finished smoking.

It was the best chicken I have ever made. The maple bisquettes did all the work for me, infusing a deep and succulent flavor to the chicken that no rub or brine could do. The low, consistent heat and smoke (210°F) rendered all the chicken fat without drying them out, resulting in thin, crispy skin and exceedingly plump meat underneath. As for the pork, I was quite proud of the smoke ring. The exterior bark was dark, hard and glossy when initially removed from the smoker, and once allowed to rest and soften, it melted into the meat wonderfully. I opted for slices to help facilitate sandwiches, but if I had let the pork smoke for another few hours, I have no doubt it would have shredded apart with two kitchen forks.

Cleanup from the barbecue was thoroughly hassle free. Brad’s cooking trays are dishwasher safe, as is the drip tray and water pail. As for the cooking oven itself, smokers are like cast iron in that they get better with use. The more smoke and fat that accrue on the inside walls, the more seasoned they become. Meat smoked one year from now will be vastly better than meat cooked on these maiden voyages. To clean, I simply wiped down the inside with a damp towel.

I’ve only scratched the surface of the smoker’s capabilities, but now that I’ve got Brad figured out, I’m looking forward to making the most of the remaining six weeks of peak summer. I suspect the apple and hickory bisquettes will be great for making my own bacon, and some of the more delicate options like the alder and cherry discs will make for succulent, whole smoked fish. Once the summer heat starts to fade and the ambient outdoor temperature drops, I’m planning to test out the cold smoke setting, too. I suspect Brad will create an ethereal full fillet of salmon.

The new Bradley Smart Smoker has a suggested retail price of $799.