Earlier this week, the French city of Bordeaux solidified its reputation as the Mecca of the wine world, with the opening of its long-awaited, 10-story, $9 million monument to viticulture, La Cité du Vin, or City of Wine.

And like good disciples, Food Republic’s own Wine Dads are planning to make their pilgrimage later in June.

Here’s a tiny taste of what to expect: 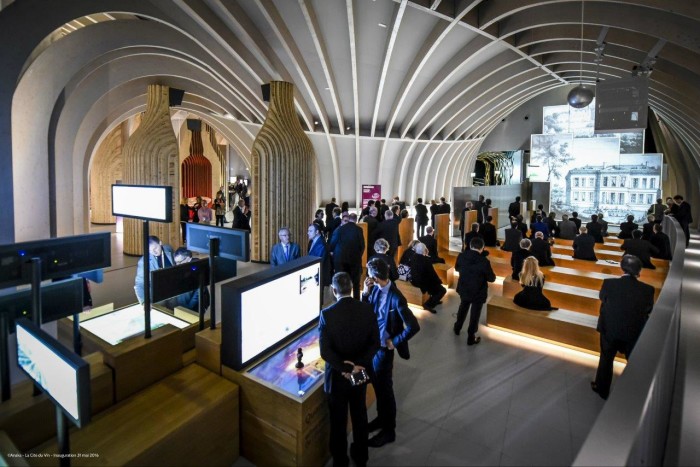 The Chicago Tribune describes the place as “a theme park for wine,” featuring some 20 different interactive exhibits, a 250-seat auditorium, a panoramic wine-centric restaurant and, best of all, plenty of space for tastings throughout the nearly 44,000-square-foot complex. Oh, and let’s not forget the cellar, stocked with about 14,000 bottles. 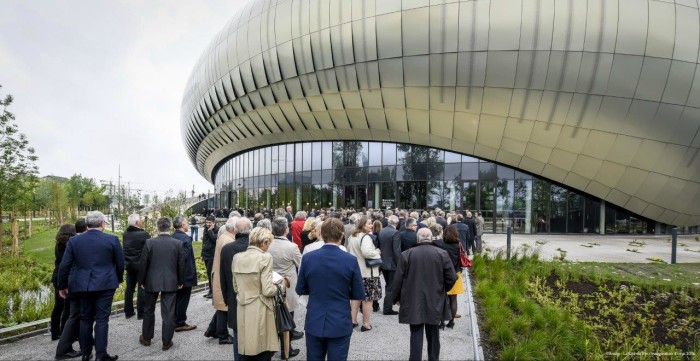 Architects Anouk Legendre and Nicolas Desmazières of the Parisian agency XTU dreamed up the audaciously fluid-looking facade, which is intended to evoke “the swirl of wine moving in a glass” and “the coiled movement of a grapevine,” according to press materials. The curvy building was also designed to the mimic the undulating Garonne River, which the glassy, metal-clad facility looks out upon. 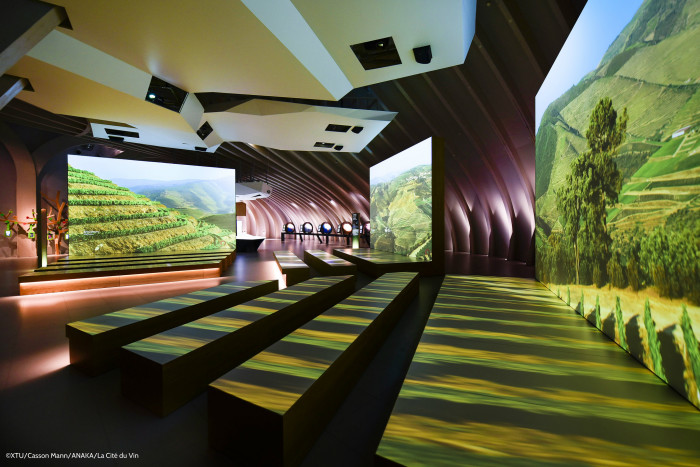 Inside, you’ll find an immersive multimedia experience that aims to stimulate the senses, utilizing modern technologies like 3-D imagery and aroma diffusion — so maybe go easy on the tastings, at least at first, lest you be overcome with alcohol- and sensory overload–induced vertigo. 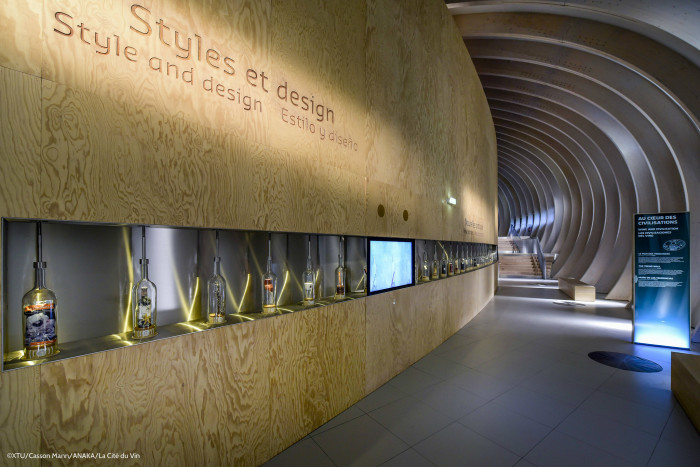 General admission costs €20 (about $22 USD) and grants you access to the permanent exhibition and a glass of wine to boot. Classes and workshops cost extra.