New York City’s Ivan Orkin is determined to get people to slurp and to perfect the comforting bowl of ramen noodles. He’s even sat down with Tokyo’s most feared ramen critic, who said Orkin’s ramen was “perfect.” Our friends at Mind of a Chef recently hung out with Orkin and chatted about his favorite styles, how to make handmade ramen, what music to listen to while slurping and his very first bowl of the popular Japanese noodle soup. You can also enter to win a Breville Stand Mixer and a signed copy of Orkin’s cookbook so you can make your own noodles.

In 2007, Orkin, a middle-aged Jewish guy from Long Island, did something crazy. In the food-zealous, insular megalopolis of Tokyo, Ivan opened a ramen shop. He was a gaijin (foreigner) trying to make his name in a place that is fiercely opinionated about ramen. At first, customers came because they were curious, but word spread quickly about Orkin’s handmade noodles, clean and complex broth, and thoughtfully prepared toppings. Soon enough, Orkin became a celebrity — a fixture of Japanese TV programs and the face of his own best-selling brand of instant ramen. Orkin opened a second location in Tokyo, then returned to New York City to expand his ramen empire with two restaurants, Ivan Ramen Slurp Shop in Hell’s Kitchen and Ivan Ramen on the Lower East Side.

Behind the Scenes: Eating Ramen (And Working) With Ivan Ramen

On a dreary winter day in January, we took our camera gear and hunger, packed it up into a CC Rentals van and made our way to Orkin’s noodle spot to eat (and work, of course). After unloading gear and getting caffeinated, we got right into it. 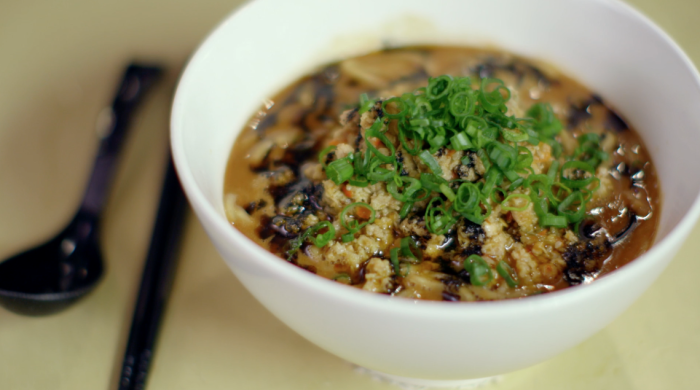 Orkin describes his first ramen experience as “excruciating painful.” It took place in a down-and-dirty, classic, sticky hole-in-the-wall down a small alley somewhere in Tokyo. The miso ramen he had has the hottest broth of all ramen broths. Miso broth is around 200 degrees and apparently needs to eaten when it’s boiling and inhaled quickly. So Orkin did just that, and thank God he did. Now you too can have an “excruciating” miso ramen experience at home.

For Orkin, there are a handful of taste memories that really stand out from his past. But the one that had the biggest imprint was when a Japanese chef handed him a bowl of hot white rice with a raw egg over it. He was hesitant. But we are all thankful that he took that bite. The flavors and textures were ones he’s never had before, and the rest is basically history. 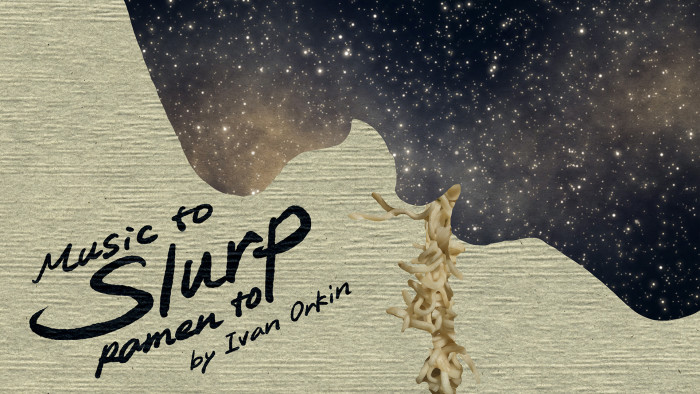 Playlist: Music You Should Listen To When Slurping Ramen

Planning on eating some ramen? Cue up Orkin’s Omakassette Mixtape playlist “Music to Slurp Ramen to” and get slurping.

Video: How To Be A Boss And Make Ramen Noodles From Scratch

When Orkin decided to open up his first ramen shop in Tokyo, he naturally ate all the ramen. What he quickly realized, to his dismay, was how crappy the noodles were when compared to the other components of ramen. The soup is rich and fatty, the pork is salty and delicious, but the noodles…why are they so mediocre? Orkin decided to change all that at his shop.

You best believe it when someone like Orkin says he’s eaten every kind of ramen under the sun. His obsessive nature wouldn’t allow him to open up his own ramen shop without having done so. So when he decided on a shio ramen to be his signature dish, you also best believe that it was going to be killer. His very personal journey of how Ivan Ramen first opened and the creation of this double broth with a sophisticated, not over-the-top recipe will bring your ramen appreciation to a whole new level.