The Thompson Chicago is not that hotel. Instead, it offers a boutique experience, catering to guests with “a creative side that isn’t necessarily captured by the Ritz-Carltons and Langhams of the world,” says hotel general manager Steve Shern. “They are eating the same way, and their travel expenses are still a priority, but they’re not wearing three-piece suits.” The notion of luxury is changing, and the most successful flags (hotel brands) are constantly evolving to offer fresh, meaningful experiences and amenities that anticipate guests’ preferences and satisfy their expectations. 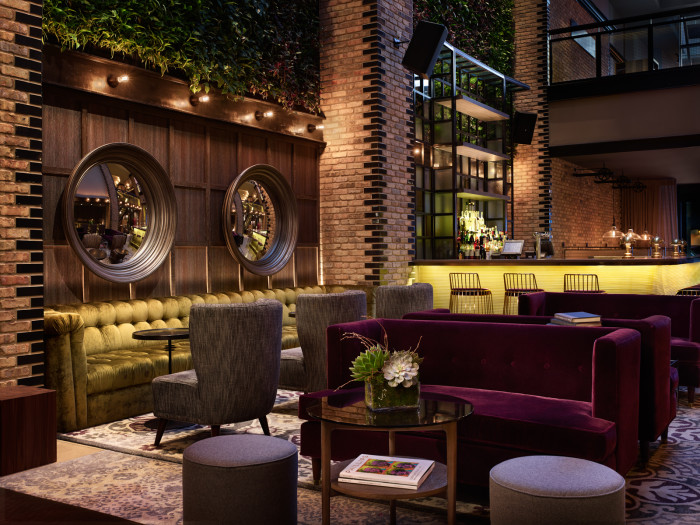 The Thompson Chicago’s food and beverage program is unlike any in the city. Executing an unconventional food and beverage program well in a food capital like Chicago is particularly bold, but the Thompson went all in when it partnered with renowned Chicago hospitality group One Off Hospitality. One Off, responsible for award-winning restaurants Blackbird and the Publican, is no stranger to risk, so partnering with Thompson on a new concept that redefines what it means to be a hotel restaurant was securely in its wheelhouse. Even riskier though, the proprietors dropped a seafood-forward Italian joint in the heart of a steak town.

The result is a trendsetting restaurant called Nico Osteria that leverages bold flavors and top-notch techniques to push the palates of its guests. Leading with dishes like hamachi and potato chip crudo and closing with three types of whole fish, the restaurant is daring meat-eating Chicagoans to try its punchy Italian fare — and it’s working! In fact, it’s working so well that the Thompson overhauled the hotel’s entire in-room dining program to cater to hotel guests’ requests for Nico’s dishes.

Forget everything you think you know about crummy room service. At the Thompson Chicago, the operations team hustles James Beard–nominated dishes from the Nico kitchens up to the rooms every day until the kitchen closes. The hotel has even staggered service to reflect the in-restaurant experience, training staff to manage the flow of dishes to the rooms based on the guest’s requested pacing. The amount of operational gymnastics and training required to execute the revamped program is impressive, but the Thompson executes it beautifully. This and the inventive afternoon tea service in the hotel salon are reason enough to justify a stay.

The rooms are spacious and intentionally residential in feel. L-shaped sofas and round coffee tables make lounging and ordering room service much more organic — no more dropping crumbs in bed! The honor-system minibar features top-shelf booze and small-batch snacks. Small service details like a daily weather notecard in lieu of a stale mint on the pillow make the overnight experience feel personal and full of care.

As a New Yorker whose apartment sports an insipid bathroom layout, I have to laud the facilities at the Thompson. It can be puzzling when the bathroom utilizes a bit too much of the room’s total real estate, but in this case the space is well used. The ceiling-mounted rainshower is Where It’s At. I assume it’s attached to the world’s largest water tank because the real luxury in this hotel room is the seemingly inexhaustible waterfall of perfectly pressured hot water. 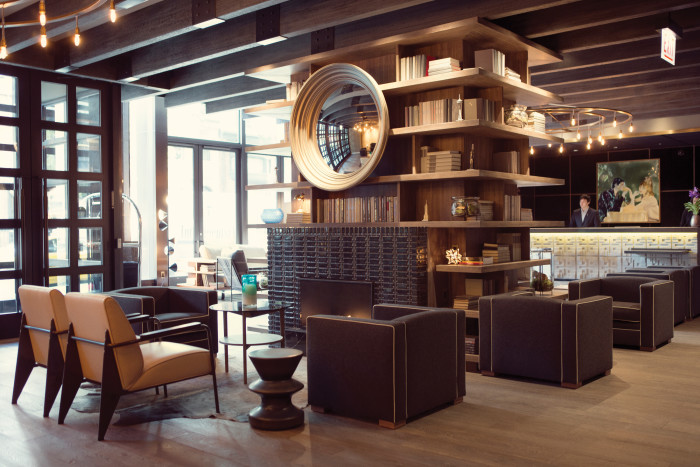 The vibe throughout the hotel is sceney yet approachable. It’s like a popular kid who makes the cool life look effortless. The hotel’s design, helmed by British designer Tara Bernerd, is a sophisticated mash-up of saturated colors and rich textures with bold, geometric fixtures and chic indoor greenery. The “grand staircase” is refined yet subtle, acting less as an expected centerpiece and more as a chic, architectural element to break up the traffic flow from the lobby communal areas into the hotel salon and bar. The public spaces are constantly abuzz, shifting from weekday-morning hustle to relaxed midday work sessions in the lobby to hopping cocktail hours in the salon that bleed into late-night small bites and digestifs. 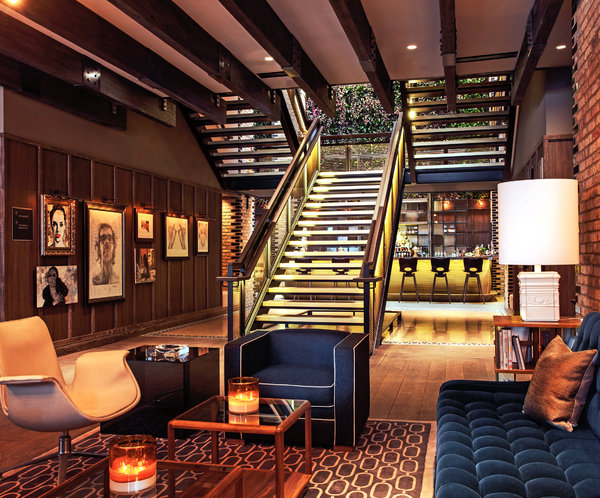 Not only can you feel the funky-yet-refined design of the hotel, you can feel the service execution. If it’s possible for exemplary service to be a design motif, then the Thompson has mastered it. From the doormen and concierge team to the salon staff working the early-morning complimentary coffee and fresh juice spread, the commitment to providing five-star-caliber service is inextricably woven into the core DNA of the hotel experience.

The Gold Coast is known by locals as the midtown of Chicago, but much like the Thompson is reconsidering what it means to be a luxury hotel, there are plenty of unsuspecting bars and good eats bringing a casual hipness to a neighborhood known for posh, white-tablecloth steakhouses. Although there are plenty of those, too.

Directly across the street from the hotel is Gibson’s, an iconic Chicago temple to red meat and dry martinis. Within a 10-minute walk are high-end chains like McCormick and Schmick’s, as well as the friskier hot spot Maple & Ash, whose menu includes the “I Don’t Give a F**K” option for an opulent, curated dining experience.

For a low-key cocktail, the rum-centric cocktail bar Sparrow cannot be missed. Down Cuba libres while admiring the lounge’s exceedingly cool Art Deco decor. For late-night beers and dancing in a delightfully less classy setting, check out Hangge-Uppe, a self-proclaimed “dive club.” Finish off the night — and answer the age-old question “Can it be taco’d?” — with some stellar drunk food from Velvet Taco. The cheap, delicious taco fusion will ensure all those rum drinks and cheap shots don’t derail your morning.

No trip to the Windy City is complete without a deep-dish pizza. Homegrown chain Lou Malnati’s, a contender for best pie in Chicago, has a flagship location with a full bar on North State Street in central Gold Coast. The place also ships pizzas, so if you run out of time to buy the requisite souvenirs, make a quick stop here and have a Chicago classic overnighted instead.