The imminent arrival of spring means you can stop filling the larder with roots and start getting excited for fresh fruits and vegetables. “I think March is the probably one of my most favorite months,” says chef Amalia Scatena of Cannon Green in Charleston, South Carolina. “You transition out of the root vegetables you have gotten so sick of and move on to everything that’s green.” Some of her favorite early spring plants include English peas, green garlic and ramps, which she mentioned are already making an appearance where she lives. Other ingredients the chef anticipates for the month are freshly forged porcini mushrooms, edible flowers and tender baby arugula, one her favorite ingredients of all time.

At Cannon Green, Scatena whips up an umami bomb she calls mushroom toast. The dish is made by slicing porcini thin and roasting the ‘shrooms until they are soft and caramelized on the outside. Then she layers the pieces on slices of French bread smeared with local goat cheese, adds a ton of fresh herbs and places a sunny side egg on top. “I went to culinary school in Italy, and I like to incorporate things from there,” says the chef. “Here, porcini are a specialty item, and it’s cool you can get them domestically.” Scatena gets her mushrooms from Oregon, where porcini season is just kicking off. Right now, look for them fresh in markets around the country and play with them as you would any other fungus. The meaty flesh is particularly good with eggs, and an omelet made with porcini, thyme and feta is a real winner. 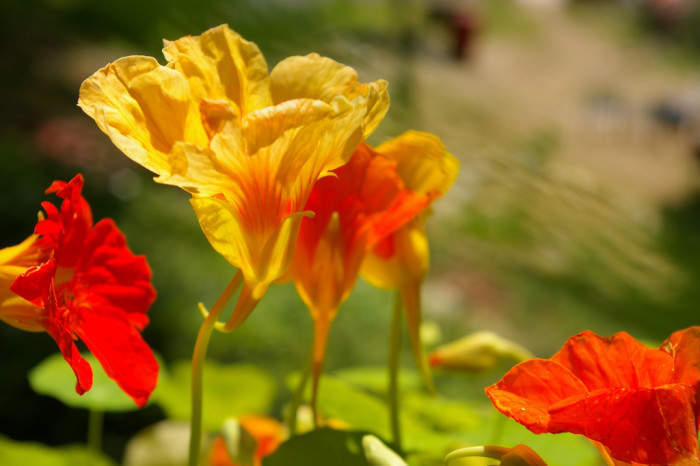 Don’t underestimate the power of an edible flower. These bright and happy plants can make your tired gazpacho glow, add pizzazz to a cheese plate and uplift a filet of fish. Plus, they actually taste good. In the case of nasturtiums, an edible watercress, the flavor proves peppery, almost like a radish. In warmer parts of the country, you will find these buds blooming in the farmers’ market in bright yellows and oranges. But if you happen to live where spring comes a bit later, opt to start a mini garden of the easy-to-grow garnishes inside. Then use them on anything that could use a little pick-me-up. You will find the fresh flavor really adds another layer to a meal, and of course, the color makes it fun. 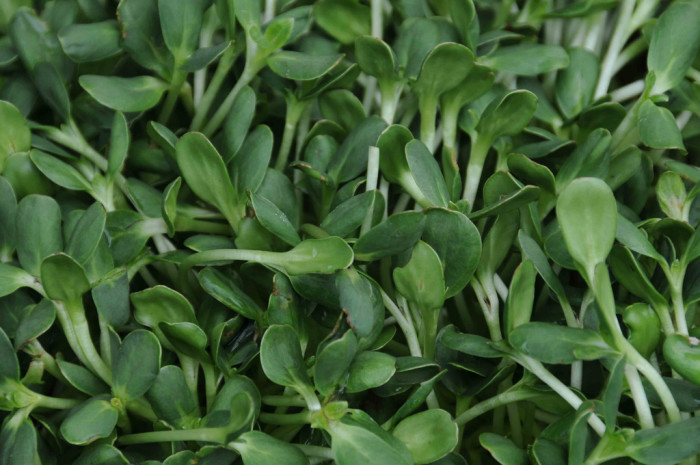 As a self-described arugula junkie, Scatena says she is known for always saying, “Add more arugula.” So it comes as no surprise that when tender-lettuce season begins, the chef is beyond excited. “I love the size of it because it’s the perfect bite,” says Scatena, who adds that it makes a beautiful garnish and can really perk up a salad. “A lot of times lettuces don’t add a flavor to a dish, but arugula adds an impeccable flavor.” This tiny new leaf has a superb peppery kick, and some bunches can prove really spicy. At Cannon Green, raw arugula is added to pasta with homemade Italian sausage. That way, the leaves wilt on contact but don’t lose any of the crisp bite. The chef also likes to use baby arugula to garnish a beet salad and makes a pesto with the plant that she says is superior to the traditional basil kind. “It’s just a good play on a pesto,” she says. “It gives a better flavor than basil and is a good talking point at parties when people don’t know what it is.” You should be seeing bunches of this lettuce in stands, usually in plastic bags or bins ripe for picking out your own. Even if you aren’t the biggest fan of the green, baby arugula tends to be softer, sweeter and less bitter than the stuff coming out later in the season. Give it a try, and like Scatena, maybe it will be your new favorite vegetable.