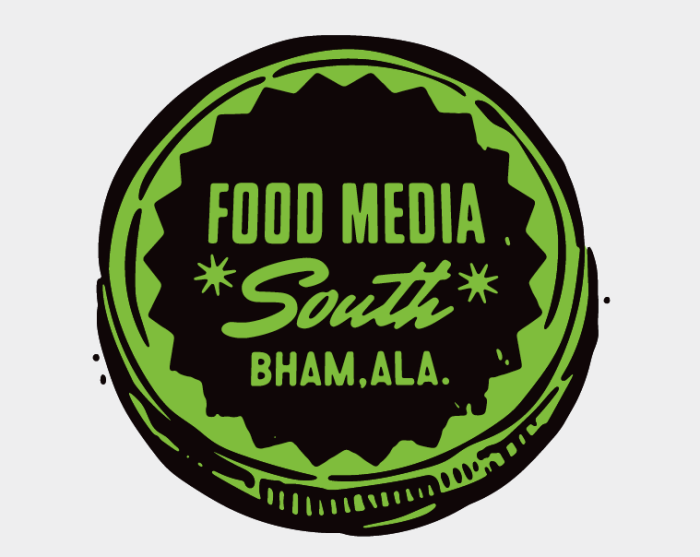 Kathleen Purvis picked the wrong time to give up cocktails. It happened “right before I blew up the Internet,” she told attendees at the annual Food Media South symposium, presented by the Southern Foodways Alliance in Birmingham, Alabama, over the weekend.

Purvis, the well-respected and award-winning food editor for the Charlotte Observer, explained that she was abstaining in observance of the Christian tradition of Lent when her controversial article, “The Testosterone Takeover of Southern Food Writing,” went live last week. The story set off a firestorm of debate among food writers and readers as it passed rapidly around the Internet like a mason jar at an Ole Miss tailgater in the Grove.

“I guess I agree with Lloyd Bridges in Airplane that I picked the wrong week to give up heroin,” she quipped.

It was during the same event last year that Purvis first broached the subject of gender in food journalism, speaking out in a session titled “Hey You, Pitch Me Something,” where attendees could fire story ideas at SFA director John T. Edge and Chuck Reece, the editor in chief of The Bitter Southerner, an online compendium of long-form narratives about the South.

Purvis stood up and lobbed a verbal grenade into the convivial SFA campfire with her proclamation that “Men are the new carpetbaggers of Southern food writing.” With no more elaboration, Reece simply said, “Sold!” The resulting article took almost exactly a year to show up on the Bitter Southerner website, just in time for the same SFA crowd to reconvene. Inviting Purvis to the podium fittingly brought the whole saga full circle.

The language in Purvis’s pronouncement was intentionally inflammatory, as Southerners don’t throw around what she referred to as “the C word” without recognizing its cultural import. The derogatory term refers to Yankees who invaded the conquered South during Reconstruction. According to Purvis, the common image is that these opportunistic invaders took advantage of the defeated region by buying up their land, taking over their transportation and changing the social structure by empowering the newly freed slaves. Even if the truth is more nuanced than that popular perception, Purvis knew that nobody cottons to being called a carpetbagger.

Most of her article focused on the SFA and its leader, John T. Edge, whom Purvis publicly acknowledges is “a dear friend, a respected colleague and an appreciated mentor.” In fact, Edge strongly encouraged her to write the article after he heard the pitch in Birmingham. Much of the piece revolves around a statistical gender analysis of speakers at various SFA events and of authors in the association’s periodic anthologies of Southern food writing under the title “Cornbread Nation.” Purvis crunched the numbers and came up with a dizzying tally of male versus female speakers and authors that does seem to demonstrate a gender bias, but isn’t her strongest argument.

Puvis acknowledged that the SFA support staff working with Edge is primarily female, and they do play very important roles in the organization and operation of all the group’s activities. But it’s clear that Edge is the face of the SFA and takes the credit and the blame for most of the work the group produces. He has also been the target of some of the more vitriolic pushback from Purvis’s article. So it was with great anticipation that attendees of this year’s edition of Food Media South looked forward to the closing address, which had been scheduled long before the Bitter Southerner carpetbagger castigation came out.

You can hear a rat piss on cotton …. @kathleenpurvis “Writes Like A Girl” talk has brought a hush over the room #SFAMEDIA

Purvis was scheduled to close the show with a presentation called “Writes Like a Girl.” During the breaks between presentations at the day-long symposium, Purvis spent plenty of time speaking with fans of her piece. And it is worth noting that the female representation at Food Media South dwarfed the number of males in the audience, although presenters were divided fairly equally. Still, there was plenty of nervous energy building about the prospect of Purvis’s first official public pronouncement since dropping her pickle in the punchbowl, and it was going to occur right in front of the entire SFA staff.

Purvis was clearly nervous and emotional as she took the stage in the glaring spotlight pointed at the lonely podium in front of so many colleagues, friends and people who looked to her as a mentor. She began with a heartfelt apology to the SFA, an organization of which she has been a member since almost the first year it was established.

“Some people have said it wasn’t a great piece of journalism,” she explained, “and I agree.” She acknowledged some incorrect facts and details that should have been caught in the editing process, but proclaimed, “I ultimately accept all responsibility for what I write.”

She admitted it had indeed been a tough week for her. “There have been things that I thought that I haven’t been brave enough to say because of the backlash, but sometimes you have to wave a hand to identify a blind spot. Perhaps I needed to listen more and learn. After all, the paper I work for is called the Charlotte Observer.”

“I was asked to tackle gender bias,” Purvis said, and she shared her personal struggles with the issue. “When I started in the food-writing business in 1978, it was almost entirely a female game, considered to be domestic work.” Purvis pointed to a book by Kimberly Voss, The Food Section: Newspaper Women and the Culinary Community, for a good description of the climate in the food-writing community in those days.

“The editors of most major food outlets are men. That’s the big difference. Hell, even @RuthBordain turned out to be a guy!”

On the positive side, Purvis believes that “the entry of men has widened the concept of what a food story subject can be.” But in her Bitter Southerner piece, she issued this warning: “For the last decade and longer, the food culture of the South has drawn attention from an often New York–based cadre of writing-chefs and cheffing-writers like a mermaid perched on a red-clay reef. And that writing is often focused on a male perspective that’s starting to reek of hickory smoke and pig fat.”

The real crux of the problem, in her opinion, is that so many of the editorial jobs have gone to men who consider home kitchen topics to be less than ink-worthy. Purvis related a story about male editor whom she approached about running a story on how the discontinuation of a particular brand of regional flour was affecting many of the paper’s readers in their baking efforts. He responded by telling her that “nobody cares about baking; it isn’t relevant. Nobody cares about flour.” After Purvis made several more attempts to run the story, he threatened to fire her if she pitched it again. Undeterred, she kept pushing and outlasted the editor, who no longer works for the paper. The story finally ran six years after she first raised it as a timely topic.

That incident is an example of what Purvis says is actually a bigger problem than the percentage of female food writers represented in SFA journals, conferences or even in the winners lists at the Beard Awards, although that last one is surprisingly illustrative of a trend. “The editors of most major food outlets are men. That’s the big difference. Hell, even @RuthBordain turned out to be a guy!”

Purvis noted Josh Ozersky’s 2014 piece, “Consider the Food Writer,” where he took down female writers as being “brassy as with Ruth Reichl, sometimes mawkish, as with Kim Sunée, sometimes spunky-sensitive, like Amanda Hesser, and sometimes unbearably pretentious, as with the odious Elizabeth Gilbert.” Purvis wondered, “Was Ozersky’s disdain because the writers were women or that the topics they write about are of interest to women?”

She continued, “How do the voices telling our food stories affect the stories being told? The focus of the story can depend on who’s telling it.” As an example, she analyzed Wells Tower’s recent recounting of “The Great Bourbon Taste Test” that he wrote for Garden and Gun. Purvis didn’t mind that Sean Brock only invited men to share in his secret stash of fine whiskey. (Although as a bourbon lover and writer herself, she admitted she would love to have been there.)

“Food coverage is supposed to be the welcome table…. Surely, we don’t have to pull up half the chairs to make more spaces at the table.”

Instead, she complained that “it was the matter-of-factness of the maleness that made me feel like a gate-crasher reading the article.” She wondered why the author of the piece didn’t even ask the question except for noting “beyond maleness, their only ostensible common thread was a nearly hazardous degree of whiskey expertise.” Purvis quoted Diane Jacob, the author of the food writer’s bible Will Write for Food, in asking, “If females were at the top of the decision-making process, would they make the same choices?”

Although Purvis’s lists of statistics about awards and participation in conferences might have taken up a few too many pixels in her original Bitter Southerner piece, in total they do demonstrate anecdotally that the struggle is real. Heck, no woman has won the writing award named after the most acclaimed female food writer, MFK Fisher, in the past five years, and long-form food writing awards are seeing fewer female nominees each year.

While Purvis did joke that “every time I cash my paycheck I chant, ’23 percent less! 23 percent less!’” she actually desires to move the industry forward. “What I really want is great stories told by great writers from many points of view.”

Overall, Purvis expertly walked the columnist’s line between presenting facts, figures and opinions. She realized that her bold statements would attract attention from both sides of the argument: “Say what you want. I’m a big girl. I’m hard to hang!”

Perhaps Purvis’s best summary of her thesis came with similar metaphors she shared at the beginning and end of her presentation. She started out by saying, “Food coverage is supposed to be the welcome table,” and concluded by stating, “Surely, we don’t have to pull up half the chairs to make more spaces at the table.”