Vinegar: It’s the yin to oil’s yang. Without it, a host of sauces, vinaigrettes and marinades would cease to exist. Vinegar also makes an ideal pan-deglazing agent, lending a depth of tangy savoriness as it reduces down. It’s been known to aid in digestion and is full of antioxidants and minerals to promote clear, healthy skin. So get on the vinegar party bus! Here is everything you need to know about commonplace vinegars (beginning with what exactly they are) along with some esoteric options for those who want to live dangerously.

The Science of Vinegar

The vinegars widely available today are a combination of acetic acid, water and the resulting vitamins and mineral salts following fermentation. “Mother,” an innocuous, naturally occurring cellulose produced by the vinegar bacteria, will also develop in the mixture, but most products today are pasteurized in order to kill the bacteria and prevent mother from developing. If you buy unpasteurized vinegar and see mother forming in the bottom of the jar (resembling a gelatinous disc), simply pass it through a sieve.

All the flavor comes from the original sugar used to initiate the fermentation process. Grapes, rice and apples are all common source sugars that become complex, deeply flavored vinegars. An example: Apples undergo alcoholic fermentation into hard cider, then acetic fermentation turns the cider into apple cider vinegar. 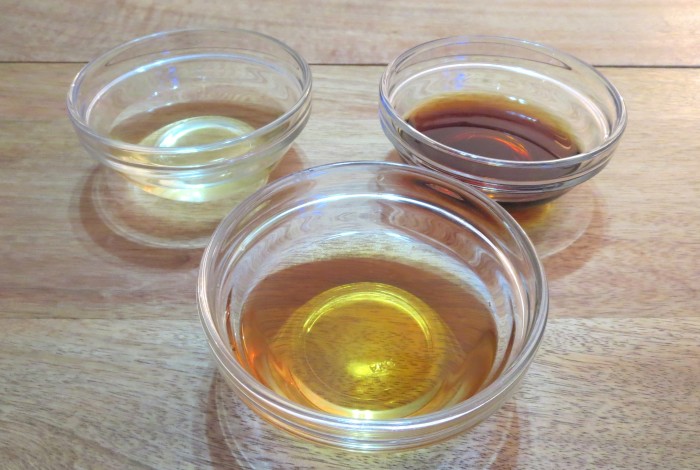 No two vinegars are exactly the same, and even within types, flavors will vary wildly between brands, so substitutions will never be perfect. As a best practice, if you have a vinegar shortage (panic!) use common citrus, like lemons and limes, or an alternative vinegar to get a similar effect. The flavor might not be exactly the same, but the goal is balance: Vinegars, like citrus, are the acidic counterpart to a base of oils and fats. Their tart pungency acts as a foil to the heavier notes to create a balanced complexity of flavor. The acid will deliver an overall freshness that elevates the dish, cutting through the oils to “lift” the flavors.

The Trouble With Categories

Vinegar classification can get a little tricky since the source ingredients often overlap, or are related versions of each other distinguished only by their varying states of fermentation. For example, the categories fruits and wines can both be used to make vinegar (i.e., strawberry vinegar and champagne vinegar), but champagne as a sugar source is a blend of fermented grapes, which are fruits. Similar confusion happens with grains and malts, fruits and ciders, and so on.

In order to avoid a crisis of terminology, below is a reorganization of commonly available vinegars based on their significance in the average household kitchen. No kitchen is complete without these staples. Invest in better-quality balsamic and red wine vinegars, but for the rest, economical options are perfectly acceptable.

Source: Basic distilled alcohol (usually from corn or a widely available grain), diluted with water to 5 to 7 percent concentration. 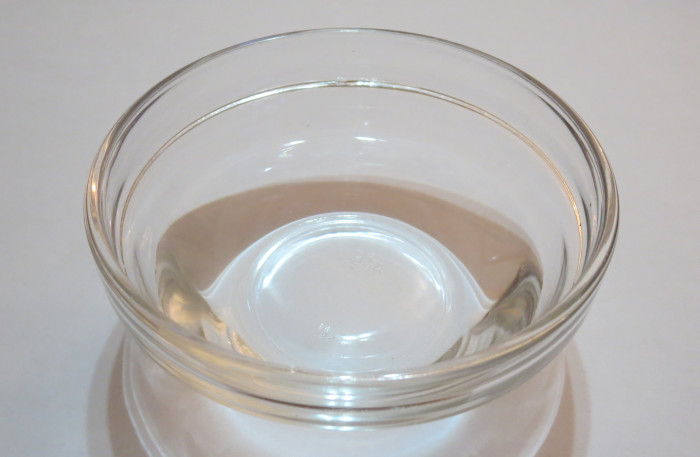 This is your common, super-clear, super-cheap vinegar. It has zero flavor, just straight acidic notes. Distilled vinegar is great for cleaning windows and floors, and a generous splash into poaching water will help eggs congeal. A great multipurpose, default option for adding acidic notes to dishes.

*Substitutions: For cleaning, none; for cooking, any other vinegar will work but will add flavor to the dish that standard distilled will not. I suggest a mild red or white wine vinegar — white if you’re worried about coloration of your dish/sauce/marinade. 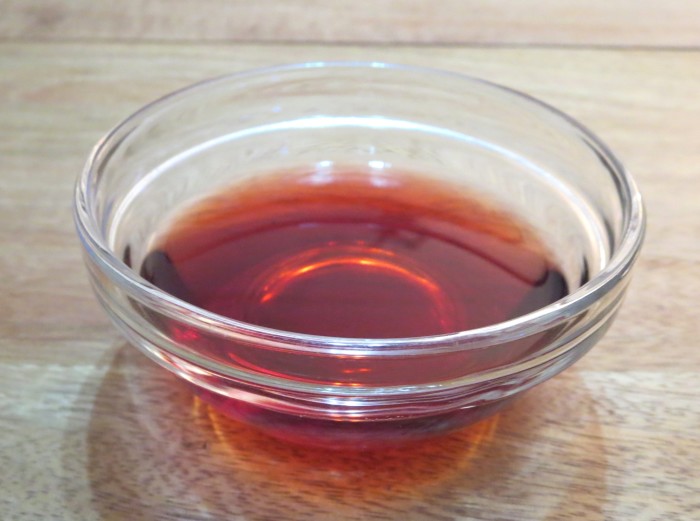 A delicately flavored vinegar with subtle fruitiness. I prefer investing in better-quality red wine vinegar ($10-$12 for a 375-mL bottle) since it’s my go-to for vinaigrettes, and I want the bright, fresh flavors to carry the mixture. It’s also fantastic for pickled red onions. Like sherry vinegar, red wine vinegar has a wide price spectrum based on age, barrel type and grape variety, so choose based on your price range. 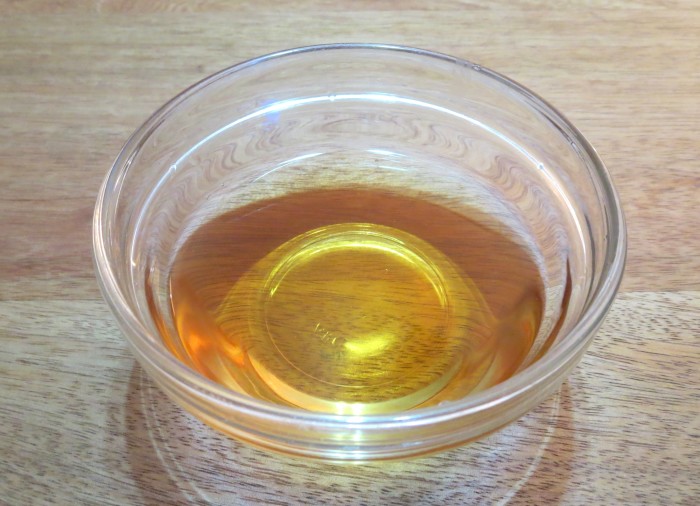 This is very similar to red wine vinegar and shares the same tanginess but is slightly less sweet. An excellent upgrade from basic distilled since it will lend a subtlety to any application. A great choice for vinaigrettes, marinades and deviled egg filling.

A staple in Asian cuisine, this vinegar is tart with a rich sweetness derived from the rice you won’t see in many other varieties. It commonly comes in seasoned and unseasoned varieties. Seasoned rice vinegar contains sugar and salt used for flavoring sushi rice. I buy the unseasoned, low-sodium version so I can control the salt content when making sushi rice. Rice vinegar creates an umami-packed marinade for grilled red meat and chicken when combined with brown sugar and a spicy condiment, such as gochujang or sambal paste. It also makes a great simple Asian salad dressing when emulsified with sesame oil.

*Substitutions: In my opinion, none, but apple cider with a drizzle of honey will achieve a similar sweetness in lieu of the rice attributes. 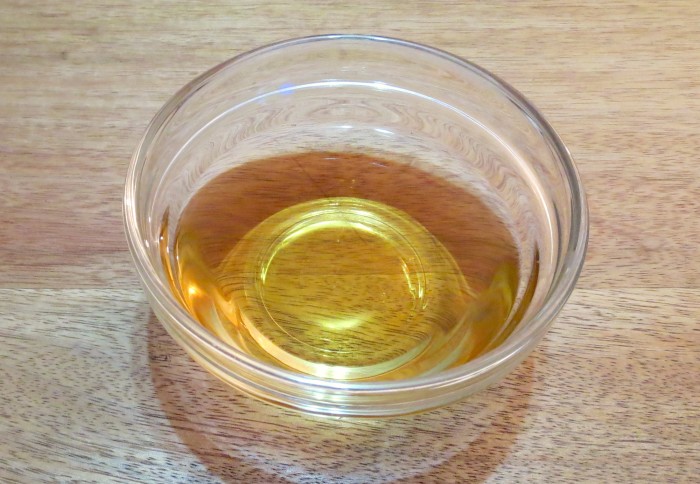 ACV is an invaluable ingredient in barbecue sauce, as the apple pairs seamlessly with rich, smoky flavors like mesquite and hickory. It often comes unpasteurized around 5 percent acidic concentration (look out for the mother!), which makes it a nearly seamless alternative to basic distilled vinegar.

Unlike other vinegars, balsamic is not made via the double-fermentation process. In contrast, it undergoes one round of unaided fermentation and is then aged in barrels like wine. The slow reduction of the juice over time concentrates the cooked grape must into the thick, liquid gold we know as balsamic. Like true San Marzano tomatoes and a handful of other Italian delicacies, traditional balsamic vinegar is made in a specific region of Italy (Reggio Emilia or Modena) under strict guidelines and must carry a D.O.P. seal of certification. It can also be very expensive, sometimes costing $150 or more per ounce. This specific product is undeniable (and unmatchable) in quality and authenticity; however, there are plenty of super-premium, domestic alternatives inspired by the traditional production methods. Thirty to 40 dollars should buy you a high-quality balsamic with deep, rich sweetness and syrupy viscosity. Spend the few extra dollars for something that can stand on its own with fresh fruits and prosciutto — you won’t regret it.

*Substitutions: If you have time, reduce a bottle of port in a saucepan until it’s thick like syrup.

Feelin’ fancy? If you’re looking to add an extra layer of sophistication to your vinegar arsenal, these vinegars are great first steps toward upgrading vinaigrettes and marinades for a very small financial investment. Or you can blow your budget on D.O.P.-certified balsamic.

A sexier white wine vinegar and a staple in my own kitchen. I combine it with fresh lemon juice, crushed tarragon, salt and olive oil for a simple salad dressing. Plus, who doesn’t love champagne?

Source: Sherry, which is a fortified wine (a wine to which a distilled spirit is added, usually brandy). 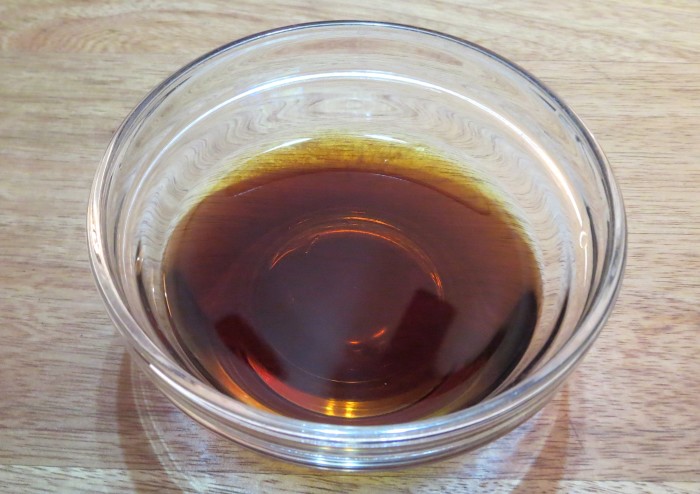 Like all wine-based vinegars, sherry vinegar’s flavor (and price) will vary based on where the original sherry was produced and how long it was aged. Generally, the longer it is aged, the richer the color. I recommend choosing a product made in Spain with caramel-leaning color versus the paler options you’ll usually find at a supermarket. Less sweet than balsamic and with a unique nuttiness, sherry vinegar is great in Mediterranean and Basque recipes. It’s also a good alternative to balsamic but is by no means a replacement.

Source: Varies based on grape.

Cabernet Sauvignon vinegar, Moscatel vinegar and Chardonnay vinegar are a few examples of grape-specific options that will elevate the most modest of vinaigrettes with more purity of flavor.

Cabernet, when compared to standard red wine vinegar, has a striking, pungent grape aroma and deeper color. I also suggest the cost-effective Moscatel, a traditionally Spanish vinegar that will dance circles around most domestic balsamic. Serve drizzled over a charcuterie spread or atop traditional egg and potato tortilla.

Artisanal producers from Napa Valley to Brooklyn are experimenting with vinegars made from all kinds of sugars, so this list will likely grow exponentially. Below are a few suggestions using more unconventional source sugars or esoteric flavor profiles for those looking to mosey into uncharted vinegar territory.

Think of it as a fruity fish sauce with a saltiness similar to soy sauce. Relatively common in Japanese cooking, it makes a great addition to vegetarian dishes lacking a certain “oomph” and is the secret ingredient in this vegan pâté.

Most of the natural sugar in this vinegar is converted during the fermentation process, leaving behind a product that isn’t nearly as sweet as you might expect. It’s popular in southeast Asian cooking and has a sweetness similar to unseasoned rice wine vinegar.

Primarily made in Turkey and Greece, this is a common ingredient in Middle Eastern cuisine. It would make a lovely addition to eggplant dishes.

Much like you can infuse olive oil with fruits, herbs and peppers, blended vinegars are a base vinegar with added ingredients, usually herbs and/or fruit. For example, figs and cherries are commonly added to balsamic vinegar, and thyme and tarragon are added to a higher-quality red or white wine vinegar. Every well-stocked home cook’s pantry should contain one or two flavored vinegars, like a cherry Cabernet or yuzu rice vinegar. I suggest picking blends based on personal preference and cuisines that you cook often. For example, if rustic Italian is your jam, you might benefit from a fig balsamic to drizzle over rich bruschettas or arugula-Parmesan salads.