The Mississippi Delta is an area that arouses strong, if often contradictory emotions. Among the poorest regions of the country, it is still beloved by many for its rich cultural history, agricultural importance and hardscrabble residents. Love blues music? Thank generations of musicians, like B.B. King and Howlin’ Wolf, who grew up on and around the plantations near Greenwood, Greenville and Indianola. If you’ve ever enjoyed a crisp piece of fried catfish, there’s a good chance it came from the Delta. In fact, some of the best food of the region are homemade tamales that can be found sitting in jars on the counter of gas n’ go service stations at the same dirt crossroads where Robert Johnson legendarily made a deal with Ol’ Scratch to trade his soul for his immense guitar and singing talent.

Even with these achievements, most Americans look at the Delta as a backwards region that has been left behind by society, still mired in the sharecropper economy and Jim Crow laws that ensured racial segregation and nonproportional representation would remain the standard (if not the law) of the land. But there are major efforts arising to help reverse those old attitudes.

Organizations like the Oxford, Mississippi–based Southern Foodways Alliance continuously strive to educate outside viewers about the good that is going on in the Delta while still honoring the history of the region. Now the Delta has a new, young champion in the form of Stewart Robinson and his associates at the Delta Supper Club.

Tonight, Robinson’s organization welcomes acclaimed chef Edward Lee to Mississippi for the inaugural dinner in a series of exclusive events that the group plans to host at culturally significant sites around the Delta.

“I want to see Mississippi become an incubator to bring back heritage products, even if it’s just propagating some of the old seeds in a half acre somewhere. You’re never going to completely get rid of commodity crops, but I want to try to use the soil the way it should be.”

Robinson, the founder of the Delta Supper Club, was born in Mississippi, but he never really knew the Delta until he moved there a few years ago to take on the role of co-owner, chef and guide for Esperanza Outdoors with his friend Cameron Dinkins, the owner of Linden Plantation in Glen Allen, Mississippi. Robinson’s previous memories of the Delta involved listening at the feet of his grandfather in Holly Bluff. Robinson heard stories about how the region used to be a true frontier, full of wildlife for hunting and rich soil as dark as Folger’s Crystals for harvesting innumerable crops throughout the long growing season.

In the generations since Robinson’s grandfather grew up, agriculture in the Delta took a drastic turn. Heritage crops were lost and forgotten in favor of soybeans, cotton and rice, commodity crops that could be worked mechanically instead of offering year-round employment to local field hands. After harvest, the fields that had once offered up winter vegetables lay dormant, and the annual cotton crops depleted the soil of nutrients.

But by the time Robinson returned to Mississippi to lead corporate and private clients on hunting trips and cook for them at special wild game dinners, he discovered a new reality in the Delta. “There were lots of young people moving into the region,” he explains. “The Delta hasn’t seen that in a long time.” This new group of younger residents didn’t bring the same baggage with them, either. “My generation didn’t grow up with some of the negative connotations of the Delta; we didn’t directly experience the struggle. So it’s easier for us to see it for what it is instead of what it was.”

And what it is to Robinson is a region that seems ready to rebound agriculturally and reclaim its reputation for cultural importance. To help accelerate that process, Robinson joined with another chef, David Crews, and marketing/communications professional Kimme Hargrove to start up the Delta Supper Club. The idea came to Robinson while he was cooking for his hunting clients. He realized that they were as interested in the stories behind the food and the region as they were in the meal itself.

“My generation didn’t grow up with some of the negative connotations of the Delta; we didn’t directly experience the struggle. So it’s easier for us to see it for what it is instead of what it was.”

There’s a long history of amazing cooks working in luxury hunting clubs across the region, and some of them teamed up with noted chefs, like John Besh, Donald Link, John Currence and Kelly English, to be featured in a fund-raising book project called Wild Abundance. Robinson knows all about what happens in the kitchens of these duck camps. “Some of the most amazing cooks never went to culinary school a day in their life.”

The Delta Supper Club aims to open up that sort of experience to the masses by creating a members-only culinary society that throws exclusive events at culturally significant sites around the Delta. They plan to invite notable chefs to cook at these dinners and encourage them to showcase heritage ingredients from the region on the menu. Distillers, winemakers and brewers will also be paired with these chefs to offer up drink accompaniments to the meal.

Tonight’s event, featuring acclaimed Louisville chef Ed Lee, marks the group’s inaugural effort. Lee will be cooking at the historic Dockery Farms in Cleveland, Mississippi. Dockery Farms was established as a cotton plantation in 1895 and was known for offering better wages and living conditions for its workers than other farms in the area. It is also acknowledged as an important site in the history of blues music. 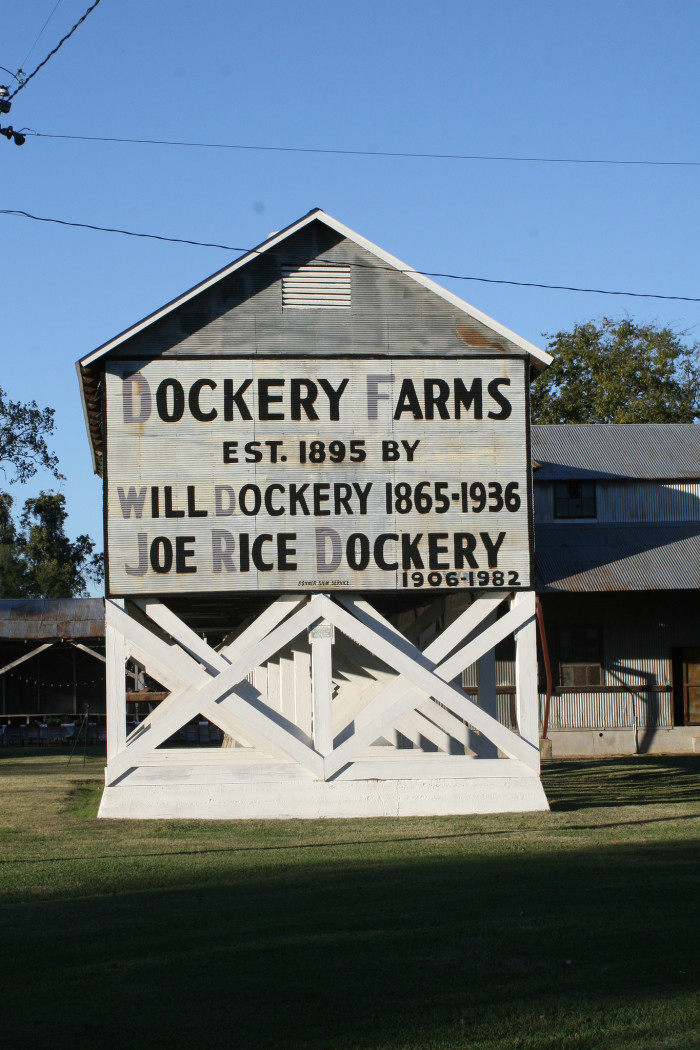 Among the famous seminal blues musicians who lived on or near Dockery Farms are Charley Patton, Son House, Robert Johnson, Howlin’ Wolf and Honeyboy Edwards. Mississippi heritage will also be showcased at the Delta Supper Club event through Lee’s use of local ingredients such as Delta Blues Rice, Delta Grind Grits, Simmons Catfish and meat from Home Place Pastures and Delta Meat Market. The official guest of honor on the beverage side will be Trey Zoeller of Jefferson’s Bourbon. In addition to his own spirits, Zoeller will be pouring Mississippi products from Cathead Vodka, Crooked Letter Brewing and Southern Prohibition Brewing. 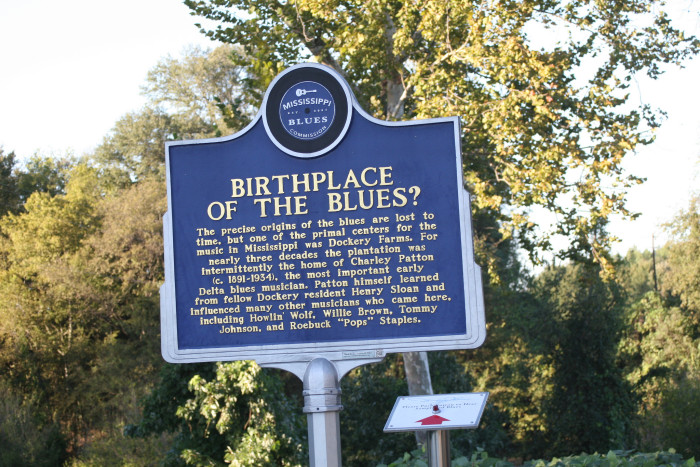 So how does Robinson envision that feeding a group of folks who can afford to pay $125 for a meal will help preserve the state’s cultural heritage? Proceeds will benefit two major initiatives. The first is the DSC Scholarship Fund to help pay for culinary education of Mississippians who need financial assistance. The second portion of the proceeds will help fund the Delta Seed Bank with a goal of providing heirloom seeds to private gardens across the state in exchange for the chance to purchase back some of the harvest bounty.

“Our soil is one of the state’s prime resources,” explains Robinson. “I want to see Mississippi become an incubator to bring back heritage products, even if it’s just propagating some of the old seeds in a half acre somewhere. You’re never going to completely get rid of commodity crops, but I want to try to use the soil the way it should be. I’d love to see some Mississippi winter kale or Brussels sprouts someday.”

With plans to offer six to eight of these events a year, Robinson and the Delta Supper Club might just be able to create a real impact on the region while offering up some memorable meals and culturally enriching experiences.