Across the country we had a colder-than-average spring and early summer, which means farms have been delayed in getting their usual crop of early-July produce out. But just because Mother Nature has set things back doesn’t mean the farmers’ market is empty. Right now the stands are bursting with tasty produce, even in chilly Boston, where chef Jason Bond’s Bondir is located. Luckily for Bond, he doesn’t have to rely on just the markets for his greens — he has his own garden for the restaurant. “One of the cool things about having your own garden is having complete access and planting what we want,” he says. “We use every single part from the seeds to sprouts, then the flowers and even the fresh seeds.” Right now he has had an influx of Alpine strawberries, chamomile, lovage and flavorful summer squash, all items to look for in your own greenmarket. 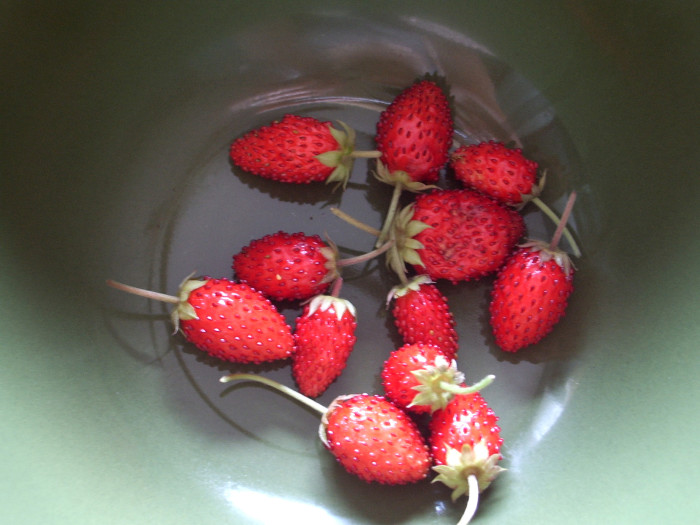 Unlike the run-of-the-mill strawberry you might see sitting in a plastic box at the supermarket, the Alpine variety is bold, fresh and has an elongated shape, more like a tiny chili pepper than a fat raindrop. They are traditionally grown wild and offer an intoxicating flavor. Plus, these little fruits grow like mad when planted. “They are going gangbusters and producing tons,” says Bond, who likes to use this fruit for all sorts of sweet and savory dishes. “The flavor is almost like a fake strawberry, it’s so intense.”

At Bondir, he cooks them down with red wine and oregano and treats the mixture like a marinara sauce, pairing it with foie-gras-infused white polenta to create a bright, rich dish that speaks to the season. “The acidity is nice against the foie gras, and the fruitiness is nice against the fattiness,” he says. Another way to use Alpine strawberries aside from eating them straight or baking them into dessert is to jelly-cook them with vinegar and cracked pepper. Freeze the concoction like a sorbet and use it to garnish fresh oysters. 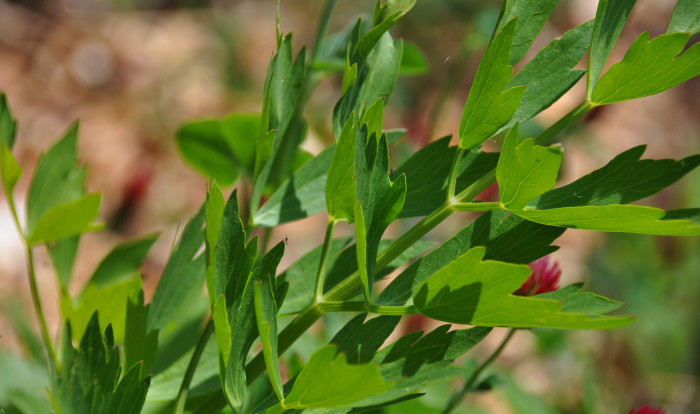 Aside from being an awesome side project by musician Mike Patton, lovage is an herb with a flavor and aroma similar to celery. “People think it’s almost like a curry spice — very aromatic and a little bitter, with a little heat,” says Bond. “Lovage does have all that in one, plus it’s green and fresh.” Bond uses the leaves for all sorts of things, like cold summer soup with zucchini. He also removes the big hollow stems of the plant and candies them the same way you would a citrus peel. From there, the sugared herb becomes a candy straw or gets diced up and folded into a cake or pastry. “I use it the same way you’d use candied citrus,” he says. “But it can be a big flavor if you use too much.” So don’t get too excited, and use your lovage wisely. Look for it in hearty green bunches the next time you visit the market. It should have emerald green leaves free of blight and discoloration, and it should not be wilted. You can keep it fresh in the fridge by sticking the ends in water or wrapped in a damp paper towel. 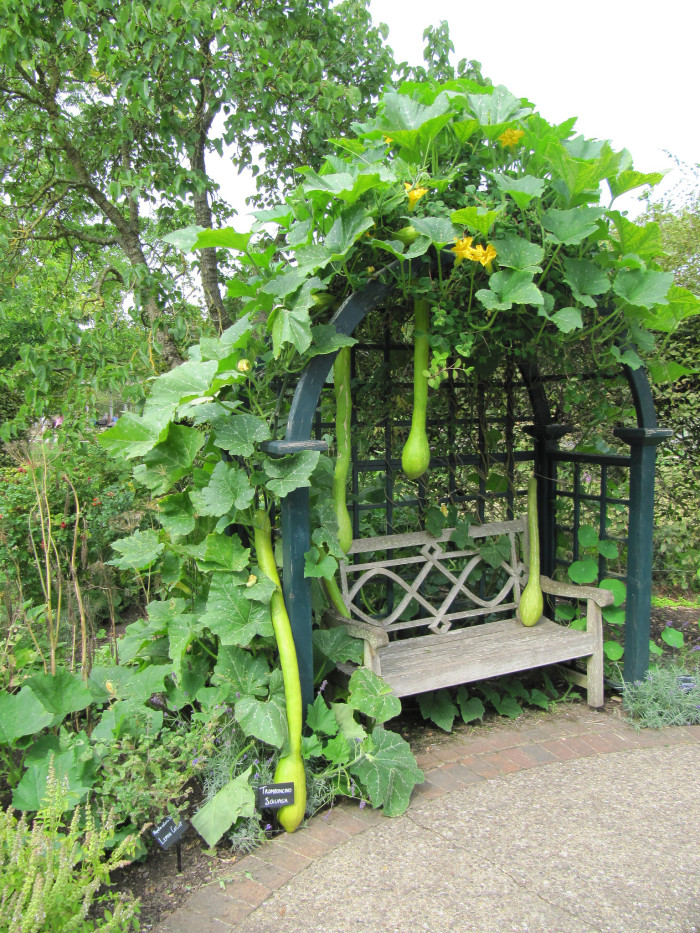 There are summer squashes, and then there are trombonecino squashes, a light green vegetable with a long neck that hails from the same family as the butternut varietal. “It’s like a dense baby zucchini, but with less moisture, which gives it a similar but stronger flavor,” says Bond. What’s with the long, foreign-sounding name? The trombonecino is an heirloom varietal originally from Italy, so you might see it by its common American moniker, zucchetta (which also sounds pretty Italian). No matter what you call it, it’s definitely an ingredient to look for. The chef suggests searing it on the grill at your next barbecue or simply shaving the squash raw to make a healthy salad with a light oil-and-vinegar dressing, blanched peas, radish and some fresh herbs. Make sure any you pick up are pale green or yellowish and don’t have any holes or soft spots. If there’s a flower on the end, even better — who doesn’t like a stuffed fried squash blossom?