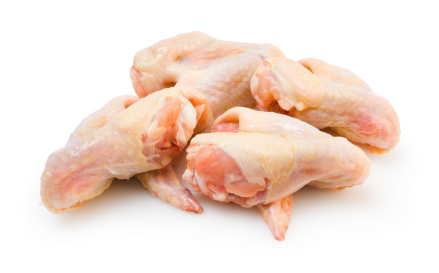 Some things deserve to stay in the ’70s — bell-bottoms, the Hustle and meat.

Almost half a billion dollars worth of smuggled, rotting meat, weighing in at over 100,000 tons, was found in a container and confiscated in China. Some of the frozen chicken wings, beef and pork had been hanging around since the disco era, Reuters reports.

The 40-year-old meat was said to have been shipped from India and smuggled into China. Police arrested the 20 gang members who were the suspected culprits in a planned bust.

A customs officer told China Daily that the smell overwhelmed him upon discovering it.

“It was smelly, and I nearly threw up when I opened the door,” he said.

Yang Bo, an anti-smuggling official, told China Daily that people often cut corners and try to save a few bucks by transporting meat in “ordinary vehicles instead of refrigerated ones.” But our question is how and why was 40-year-old meat still being transported?

According to CNN, the decomposing meat was on its way to restaurants and supermarkets in the Hunan province.