Many of today’s top ice cream makers are teaming up with their peers — mainly local food and drink purveyors — to think up some of the most innovative flavors ever to hit a sugar cone. While sweet-on-sweet collaborations continue to steer many projects, companies are pushing their creative capabilities into unfamiliar territory by calling upon the entire community to pitch in — not short of the butcher and brewer.

Supporting New York’s food community was one of Diana Hardeman’s biggest motivations for starting MilkMade, a pint-by-subscription program that delivers two different flavors to its members each month. “We set out to make the best ice cream with the best ingredients from local farms and artisans New York has to offer,” she says. Hardeman called upon Brooklyn-based chocolate company Mast Brothers to participate in their very first offering, in 2009: Chinatown Chocolate, made with a traditional Chinese spice blend. Since then MilkMade has partnered with nearly 50 collaborators and has never repeated a flavor, vetting each participant using a “responsible sourcing checklist” to ensure their would-be team produces responsibly and are, as the founder calls it, “chill dudes.” Beyond promoting the work of her neighbors and their responsible practices, Hardeman has a third reason for pooling resources proximately: “It’s fresher and, simply, more delicious.”

Bothered by the excessive preservatives found in ice cream, Smitten founder Robyn Sue Fisher took it upon herself to build a machine that didn’t require them. In 2009, she debuted her liquid-nitrogen-powered Brrr™ machine atop a Radio Flyer wagon on the streets of San Francisco, where she served daily rotating flavors made entirely using farmers’ market products, like bay leaves and Swanton Berry Farm strawberries. “Most ice cream sits around for a minimum of a week and up to a year, but ours never sits around — ever,” Fisher explains. “It allows us to do the things that we do.”

The locavore ethic stretches well beyond farms, too. Hardeman enlisted the help of Bed-Stuy’s SCRATCHbread to create a cinnamon sugar loaf for MilkMade’s Five Dollar Toast offering in March, a flavor inspired by the slice she’d had at an Ocean Beach coffee shop the previous month. Delivered just hours out of the oven, the bread was then toasted by Hardeman and her team, soaked in batter for flavor and incorporated as bite-sized bites throughout the pint.

Fisher was just as purposeful in her pursuit of Smitten’s mainstay chocolate offering. “We knew we wanted something that true chocolate lovers cannot get enough of, while making it approachable for kids,” she explains. After a series of blind taste tests, they landed on TCHO’s 60.5 percent product. While the chocolatier’s Bay Area location was important, Fisher confirms it boiled down to what tasted best — a protocol they still rely on when outsourcing products. “If we can do it better than anyone, then we do it, and if someone can do it better than us, then we will turn to them.” Right now that means using 17ft Ceiling Espresso from San Francisco-based Blue Bottle, with whom Smitten partnered for a highly caffeinated flavor hitting their shops this week.

Oftentimes, outside of superior products, it’s the personal relationships that prompt the partnership. “It usually just starts through meeting and discovering someone,” says Tyler Malek of Portland’s Salt & Straw, which he opened with his cousin Kim in 2011. “Together we brainstorm, draw pictures and discover what makes their product so unique — and then try to create an ice cream from that.” An initial project with Laurelwood Brewery opened up Malek to the partnership potential that is now behind more than 100 of their flavors, including Potato Champion’s Poutine and Wolf & Bear’s Tahini and Cardamom. “That’s when I realized there was this power to be able to collaborate with someone who is making something all day,” he says.

It’s through New York’s food community that Hardeman forges the same friendships and flavor inspirations. After a previous MilkMade and Grady’s Cold Brew collaboration, the friends saddled up at Brooklyn’s Post Office bar for some off-the-clock Manhattans. Then the idea hit. “I thought, ‘I’m going to make a flavor called Grady’s Manhattan and have it be like a Manhattan cocktail with cold-brewed coffee in it,’” Hardeman remembers. “It was great in that it was inspired not only by a local partner, but by an experience I had with them.” 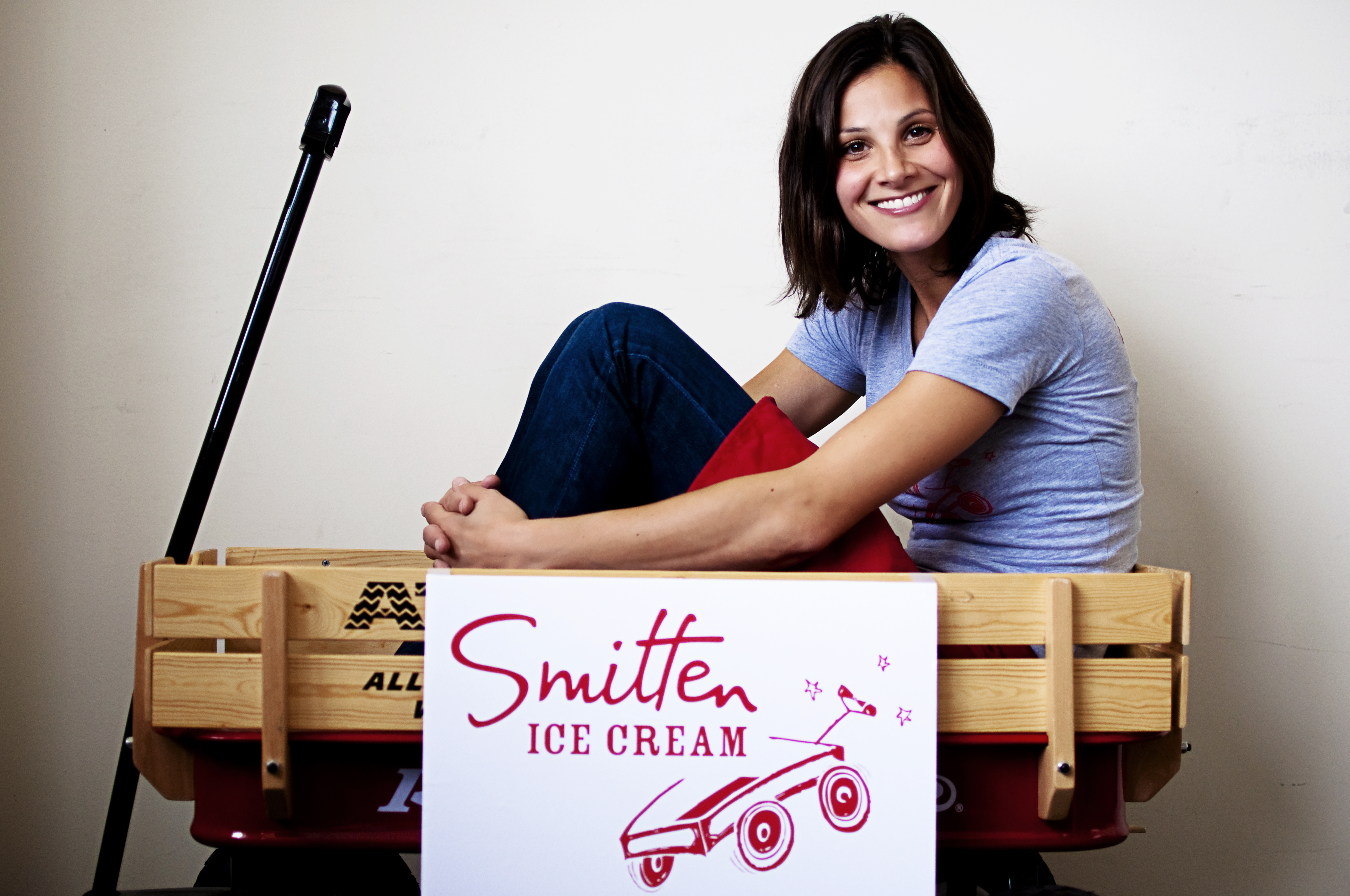 But the collaboration process is far from precise, leaving Hardeman to occasionally take a “build it, and they will come” approach. After realizing that “Red Rum” would make for a fitting Halloween offering, she was left to pinpoint what that flavor would be and who she would call upon for local flair. Upon recognizing the need for a rum component, she commissioned Baking for Good for a batch of rum balls that would populate a rooibos-flavored ice cream.

But even when the collaborator is in place, challenges can crop up. After a friendship formed between Malek and Bo Kwon, owner of Salt & Straw’s commercial neighbor Koi Fusion, the discussions for a flavor began with the restaurant’s particularly savory product: Korean BBQ. “Those are some of the hardest flavors for creating an ice cream,” Malek says. For such situations, Malek and his team will taste-test with the partner until they agree upon an offering that honors each party’s values and goals — which, in this case, morphed into a jasmine rice ice cream with chocolate-covered kimchi and kimchi caramel sauce. “The process continues until we get to something that feels good and mimics what they do,” Malek explains.

And while that process can be time- and energy-consuming, Malek confirms that the end results far outweigh the means.

“We have this perfect opportunity in ice cream to be a soapbox for the local food community,” he says. “It’s about the stories out there that we want to tell and what’s sailing through our city at the moment.”

Fisher agrees. “It’s a fresh thing and a neighborhood thing and a taste thing,” she says. “Food that comes from a proximal distance will taste better and be better for the world.”