Jeffrey Morgenthaler is Food Republic’s contributing cocktail editor and the author of the column Easy Drinking. He currently manages the bars Clyde Common and Pépé Le Moko in Portland, Oregon, and is the author of  The Bar Book: Elements of Cocktail Technique . With it being Italian-American Week, we asked that he write about the Americano.

I’ll just preface this piece by saying that I’m not a cocktail historian. Really. And it’s not that I don’t care about a cocktail’s history, it’s just that I’m not really very good at doing research or checking facts to unearth the precise origins of a particular drink. Don’t get me wrong: I think it’s an important facet of our industry, but I have other strengths that I choose to focus on.

So when Food Republic asked me to write about the history of one of the most Italian of Italian cocktails, the Negroni, I had to take some time and think about what I wanted to say. Because, again, I’m not a drink historian here. But what I do know a lot about is making drinks, so I figured I’d take you, dear reader, on a journey through my thoughts on the matter.

To talk about the Negroni, you have to talk about the Americano. Now, an Americano is just Campari, sweet vermouth and soda over ice with a little orange peel or wedge. And from a linguistic standpoint, I would wager that the name is something of a joke. Just like the coffee drink made with espresso and hot water, I posit that the name is derisive to Americans. After all, who on earth would be so gauche as to mix Campari, sweet vermouth and soda over ice, of all things, and drink it? And, likewise, who other than Americans would drink such weak coffee?

The current approved written history of the Negroni goes like this: Count Camilo Negroni, a supposedly flamboyant Italian gentleman who was obsessed with American culture, walked into a bar in Florence one day and ordered an Americano with gin in place of the soda water.

But first, the Americano recipe:

Combine ingredients in an old-fashioned glass over ice. Garnish with an orange twist, or an orange wedge if you like it the way I do.

Now that’s a great story. But it’s a little suspect. Normally, when people substitute something in a drink, it’s a one-to-one substitution. We normally swap vodka for gin. Or lime for lemon. Nobody in their right mind would swap gin for soda water. It’s just not natural. But supposedly that’s what Count Negroni came up with, and he inadvertently spawned an entire category of drinks. The Bijou. The Louisiane. The Tipperary. 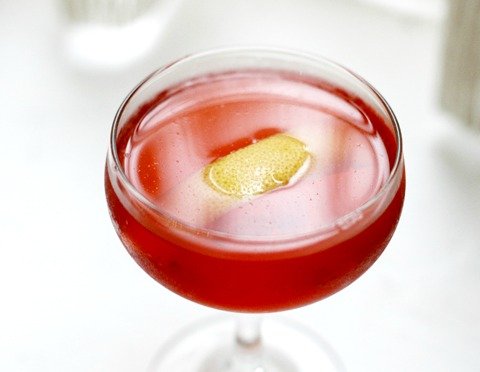 Combine ingredients and stir with ice until well chilled. Strain over fresh ice into an old-fashioned glass and garnish with an orange peel.

And yeah, I find it a little suspect that someone would think to do that on a whim. But that’s the story that the historians are handing us, and so we have to take it as gospel.

But then the story gets even stranger. In the late 1960s, at Bar Basso in Milan, Italy, a bartender supposedly — accidentally — made a Negroni with prosecco in place of the gin. The legend goes that the bartender reached for a bottle of gin one night and grabbed the prosecco instead. There are two suspicious things about this story. One: A seasoned bartender would almost never not know the difference immediately between the feeling of a bottle of English gin in the hand and a bottle of Italian prosecco. It’s just not possible to not know the difference.

The second issue I have with this story is the notion that the prosecco would have been kept warm, in the same location as the gin. We’re talking about a fancy bar here. They should know that sparkling wine should be kept cold.

And a third issue I have with this drink, which is called a Negroni Sbagliato, or “mistaken Negroni” in Italian, is that nobody thought to call it an Americano Royale. Because here we have this unique circumstance of a drink, so I believe, evolving as a joke on Americans, to a widely known drink that changed the cocktail world forever, back to its humble roots as a simple drink before Count Negroni supposedly ever set foot in that bar. The evolution just doesn’t make a lot of sense to me.

Combine ingredients in an old-fashioned glass over ice. Garnish with an orange twist or an orange wedge.

But no matter which you opt for, there is no denying the deliciousness that ensues once you’ve mixed Campari and sweet vermouth. Add some gin, some soda, some prosecco, or even bourbon for a classic Boulevardier, and you’re going to have a delicious drink on your hands.