This past weekend, chefs, mixologists and epicures descended on South Carolina’s oldest city to help celebrate the 10th iteration of the BBT Charleston Wine + Food Festival. In honor of the event’s diamond anniversary, here are 10 highlights and observations from a very filling weekend down South.

1. You can experience all four seasons in just five days in Charleston.
Maybe there really is something to this whole climate-change thing. Attendees at the CHSWFF endured temps in the 30s with howling winds during the opening reception. But by Saturday, the Vineyard Vines shorts were out in full force as the weather changed to glorious sun. Fortunately, most of the female patrons already had kicky Wellingtons in their closets, and chefs are used to wearing clogs anyway.

2. Getting through the TSA checkpoint must be a bear for many Charlestonians.
One of the highlight events was Clammer Dave’s Oyster Roast, held across the dramatic Ravenel Bridge in Mt. Pleasant at the Charleston Harbor Resort & Marina. Hundreds of guests gathered around tables to enjoy clusters of oysters heaped high along with wine, beer and bluegrass music. It was a “shuck your own” party, and when the supply of communal oyster knives ran short, a surprising number of locals dug into purses and back pockets to pull out their own personal shivs.

3. Craig Deihl is a baller.
We’re already on record as big fans of Cypress chef Craig Deihl and his charcuterie skills. For six years, Deihl has offered his meaty version of a CSA basket, which he calls Artisan Meat Share. (Mmm…meat basket.) He recently opened a bricks-and-mortar butcher and sandwich shop right off King Street, where his team makes everything from the bread to the mustard in house. The cozy shop doesn’t have room to hang all his curing meats, but it’s a short trip from the restaurant to the shop, and it’s not like that preserved meat is gonna spoil anyway.

4. Chefs + golf carts = danger.
Flat as a seafood crepe, Charleston is an easy town for walking just about anywhere. But the overscheduled local chefs had to manage their own restaurants in addition to appearing at multiple cooking demos, signature dinners and fringe parties all weekend. So the preferred manner of transport is a fleet of hopped-up electric carts that can careen across the cobblestones at speeds exceeding 20 miles per hour. At least some of the speedy chefs are kind enough to yell “Behind you!” before they run you down.

5. Virginia wines are becoming a big deal.
The Virginia Wine Board was a major sponsor of many of the events at the Charleston Wine + Food Festival and provided a surprising variety of varietals at most of the public events. Wine expert Bartholemew Broadbent introduced a tasting of the commonwealth’s wines and ciders by asserting that “Virginia is on a par with California, Oregon and Washington in terms of quality” and called several of the state’s wineries “world class.” Just like in Napa, millionaires have begun to make their mark on the scene, with two of the four wineries represented at the tasting being owned by the family of ex-Washington Redskins owner Jack Kent Cook and some guy named Trump. 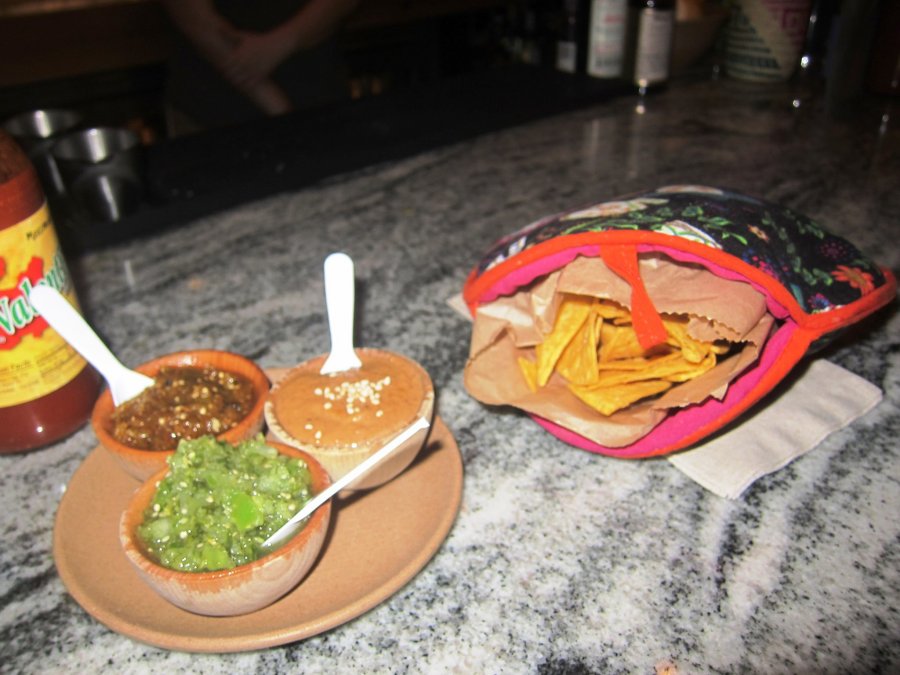 6. There’s nothing Sean Brock won’t put benne seeds in.
Many festival attendees block out time to visit some of the new additions to the Charleston restaurant scene. One of the more popular destinations was Sean Brock’s new eatery, Minero. Brock and his partners at the Neighborhood Dining Group have carved a casual Mexican restaurant out of the former private dining room at the decidedly not-casual McCrady’s next door. Minero is inspired by the street food of Mexico City, but adds Brock’s signature Southern spin. His trio of salsas includes a take on salsa de pepita de calabaza, but with Brock’s favorite benne seeds subbed for the pumpkin seeds. The resulting nutty and spicy salsa is reason enough to visit Minero. With a second planned location already in the works for Atlanta, more diners may get the chance soon.

7. Women basically rule the world.
Saturday at the festival was highlighted by a massive event titled The Southern Betty Brunch. A salute to the talented women who run the kitchens at some of the region’s best restaurants, the brunch kicked off with a champagne toast and the screening of a short film by the Southern Foodways Alliance that highlights trailblazing female chefs. A buffet brunch overflowed with amazing dishes prepared by notable Southern ladies, including host chefs Michelle Weaver of the Charleston Grill and Lauren Mitterer of WildFlour Pastry, along with invited guest chefs Ashley Christensen, Anne Quatrano, Pheobe Lawless and Vivian Howard.

8. Give Chris Shepherd a handful of cilantro, some fish sauce and a butcher knife, and he will rock your world.
Last year’s winner of the James Beard Award as Best Chef-Southwest for his work at Houston’s Underbelly, Chris Shepherd was invited by Mike Lata to cook at the Friends of FIG Signature Dinner on Thursday night. Unfortunately, the weatherman didn’t cooperate and the ingredients for his planned dishes were stranded by bad weather in Memphis and didn’t arrive in time for the dinner. Undeterred even after discovering this fact only a few hours before service, Shepherd dug around the FIG pantry and produced two fine examples of his ethnically diverse cuisine. (Pro user tip: Shepherd’s ingredients did show up at FIG after he left town, so drop in and ask for the Shepherd Special. And ask for a discount since their food costs should be pretty much zero.)

9. Cooking Waffle House food can bring the finest chefs to their knees.
Bon Appetit’s Andrew Knowlton returned to emcee the third annual Waffle House Smackdown, but this time he seemed to have a little more compassion for the contestants. Having spent a 24-hour shift cooking hash browns and patty melts for a procession of late-night drinkers, Knowlton appreciated the pressure involved in properly scattering and smothering those potato shreds. After two semifinal rounds, Chris Hall of Atlanta’s Local Three Kitchen and Bar bested Anthony Lamas from Seviche in Louisville for the title of “Master Blaster” and the Golden Waffle trophy. Perhaps it was the sweat from Hall’s brow seasoning his omelet that made the difference with the judges.

10. The next decade of BBT Charleston Wine + Food promises to only get better.
Mark your calendars for March 3-6, 2016, if you want to be a part of the fun next year. As Charleston’s food scene continues to blow up and guest chefs from around the country return to Queen City to work and play with their friends, this festival continues to ascend to the pantheon of food events worth putting aside your travel money for.