Charles Phan was brewing up bowls of Vietnamese noodle soup long before most Americans had ever heard of pho — or knew how to pronounce it properly. That is to say, way before it was cool. So it was really only a matter of time until the man behind San Francisco’s heralded Slanted Door made his way to trendsetting Brooklyn.

Williamsburg’s Wythe Hotel is hosting the influential cook for a three-day series of pop-up dinners, beginning February 15. (Check out the menu below.) And no, the godfather of modern Vietnamese cuisine is not taking reservations. Walk-ins only. Interesting timing, too, what with two of Phan’s former acolytes soon to be opening a similar-themed modern Vietnamese restaurant in Brooklyn. 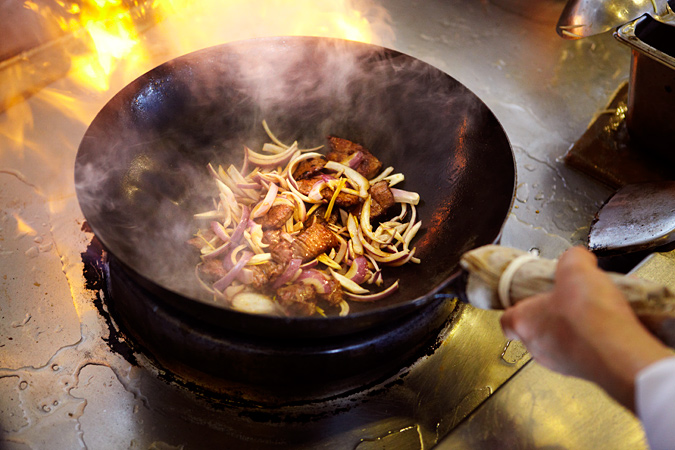 Phan’s pop-up at the Wythe Hotel in Brooklyn will take walk-ins only.

For East Coasters, Phan’s pop-up is a rare opportunity to sample some innovative cooking that blends simple Vietnamese recipes with Chinese, French and American influences as well as a hefty dose of style. Opened in 1996, Phan’s sleekly designed restaurant basically paved the way for fashionable Southeast Asian bistros in cities across the country. In a foreword to Phan’s recent cookbook, The Slanted Door, former San Francisco Examiner critic Patricia Unterman describes it as “a place that catapulted honest, ethnic Vietnamese cooking into the forefront of the contemporary restaurant world by incorporating great ingredients, design, and personal vision.”

It’s presently the nation’s most outstanding restaurant, according to the James Beard Foundation, as well as California’s top-selling independent restaurant, with a reported $16.5 million in sales in 2013. (For New Yorkers who haven’t been, we’re talking about Balthazar-level business.) Here’s the flier: