History doesn’t follow a recipe. The ingredients of life are too chaotic to predict. But add just the right amount of luck and a solid dash of timing, and history appears right before your eyes. On Wednesday night, I witnessed history in Lyon, France, when Team USA shocked the world and captured second place at the 2015 Bocuse d’Or, the most prestigious cooking competition in the world, which somehow combines the World Cup, the Super Bowl and the Westminster Dog Show into one two-day spectacle.

Huge video screens display ornate trout dishes, and screaming fans blow vuvuzelas and wear identical hats and scarves. Judges in tall toques gaze critically as massive platters of guinea fowl parade past them like freshly groomed schnauzers. All of this happens in a small stadium constructed in the back corner of the SIRHA restaurant trade show. Walking into the Bocuse d’Or after a stroll through the convention floor is like discovering the Victoria Secret Fashion Show in the dressing room of a Macy’s.

At 9 a.m. on Tuesday morning, a British brass band was warming up, a throng of cameras was following the French team, and U.S. chef Phillip Tessier and his baby-faced commis, Skylar Stover, were going through the last steps of their pre-competition checklist like NASA Ground Control.

The influence of Thomas Keller was evident everywhere you looked. Tessier and Stover both work for him at the French Laundry, and Keller serves as president of the American delegation. Just above the clock was a small sign reading “Sense of Urgency” — the same message you find in all of Keller’s kitchens and his guiding principle. 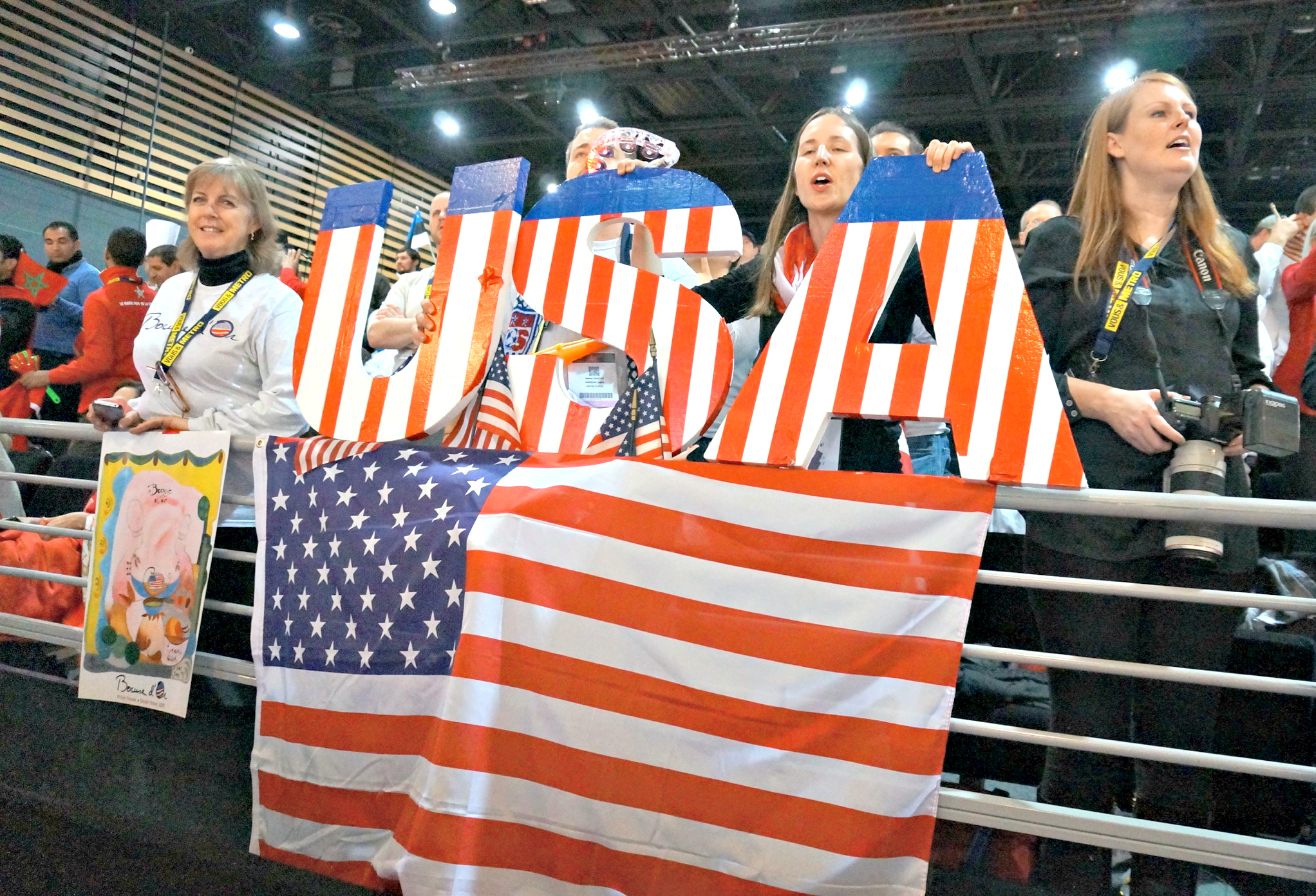 When the countries begin presenting, the Bocuse d’Or transforms from spectator sport to a full-blown theatrical production. Every time a team unveils a plate (first fish, then meat precisely 35 minutes later), ominous music rings down like a culinary interpretation of the Game of Thrones theme song and chefs from the Bocuse committee display the dishes down the line of chef-judges, pausing long enough to make sure each curl of frisée has been keenly observed.

It all comes off as a bit insane — French fans were told to pipe down when their team’s platter came out, and the Estonians chanted “Bon appétit! Bon appétit!” in unison. The Iceland fans, in Viking horns, employed the classic “Olé, olé-olé-olé,” soccer chant, playing it as safe in their cheering as their team did in plating.

“Safe” is a word that actually describes most of the plates. They were all beautiful, but the creativity stayed within the boundaries of “iconic fancy French”: intricate farces, tiny sprigs of celery leaves, multisized dollops of multihued sauces. But when the Americans’ meat platter came out, everything changed.

Until that point, nothing had a wow factor. The Americans’ presentation had it in spades, due in part to Martin Kastner, founder of Chicago’s Crucial Detail design studio, who makes the custom serving pieces for Alinea and Next. The platter was structurally gorgeous, but also fully functional. It felt like the first time you saw Michael Jordan dunk a basketball. Here’s the official description:

The chatter began immediately. A man in a Team Canada jacket congratulated me. Two other international journalists did the same. The experience was identical for Team USA. “We had a lot of people – coaches, presidents, the kitchen jury judges – come and tell us what we had just done was pretty extraordinary,” says Tessier, reflecting on the performance. “We knew we had won the day.” It was just a matter of time to see how big that impact would be.

For Team USA, the second day of competition was a waiting game. At the awards ceremony, the room was packed tighter than some of the fowl served during the competition. Alinea chef Grant Achatz, honorary president of this year’s Bocuse d’Or jury, had the honor of reading the results for the silver. “Hold on,” he said, “let me double-check this.” Then history happened. The Americans had won silver. 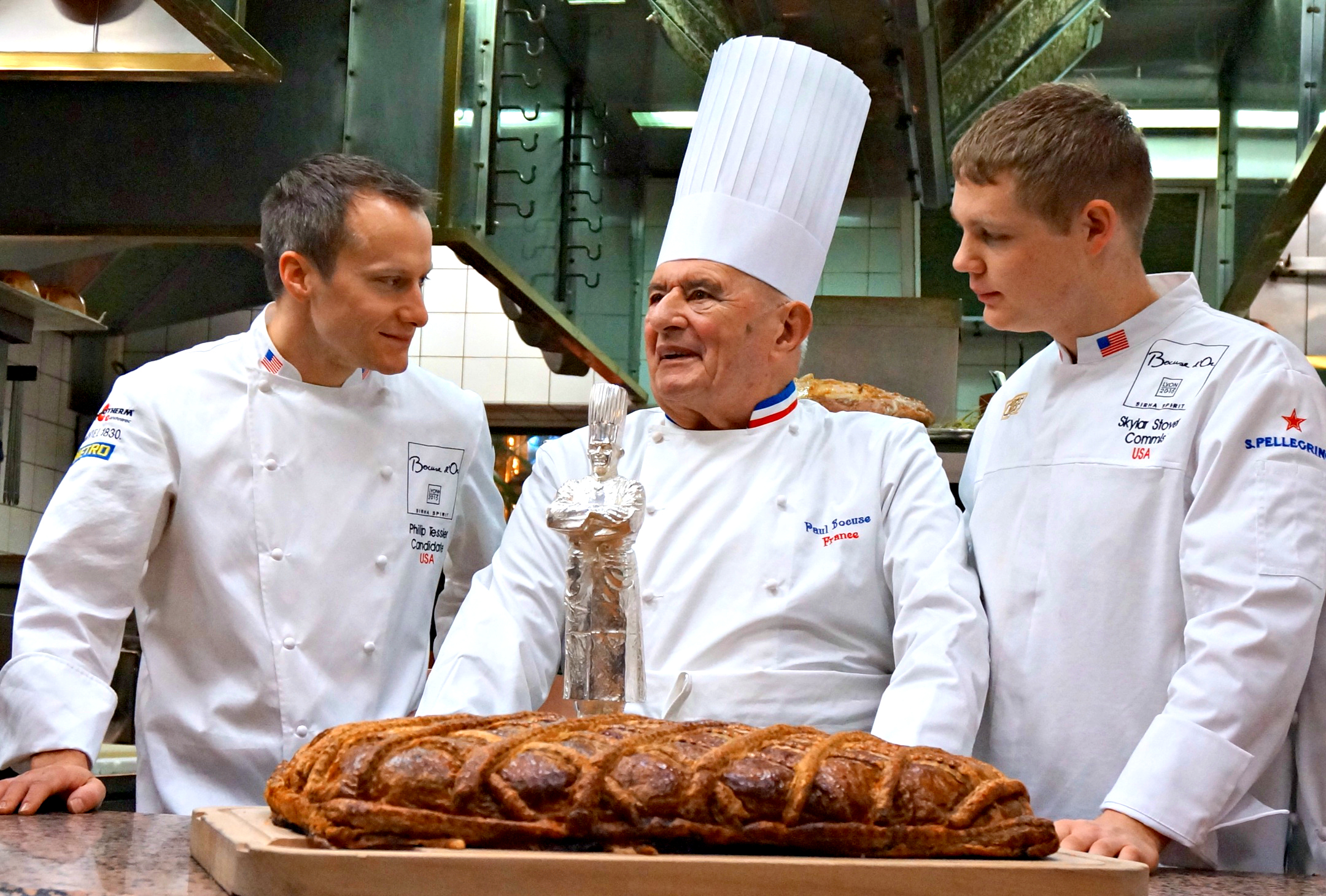 For coach Gavin Kaysen, the moment was perfect. “The second before we found out?” he mused. “If you could bottle up that suspense and then bottle up the release, it would be something that you’d want to drink for the rest of your life.”

The morning after, there was a private ceremony for the winners. It took place at Restaurant Paul Bocuse, the high cathedral of French gastronomy. In contrast to the yelling and flag waving of the past two days, the affair was simple and elegant: Breakfast was served, winners talked shop, and the teams basked in the glow of living legend Paul Bocuse, who, at 88, still enjoys much of the celebration he created. 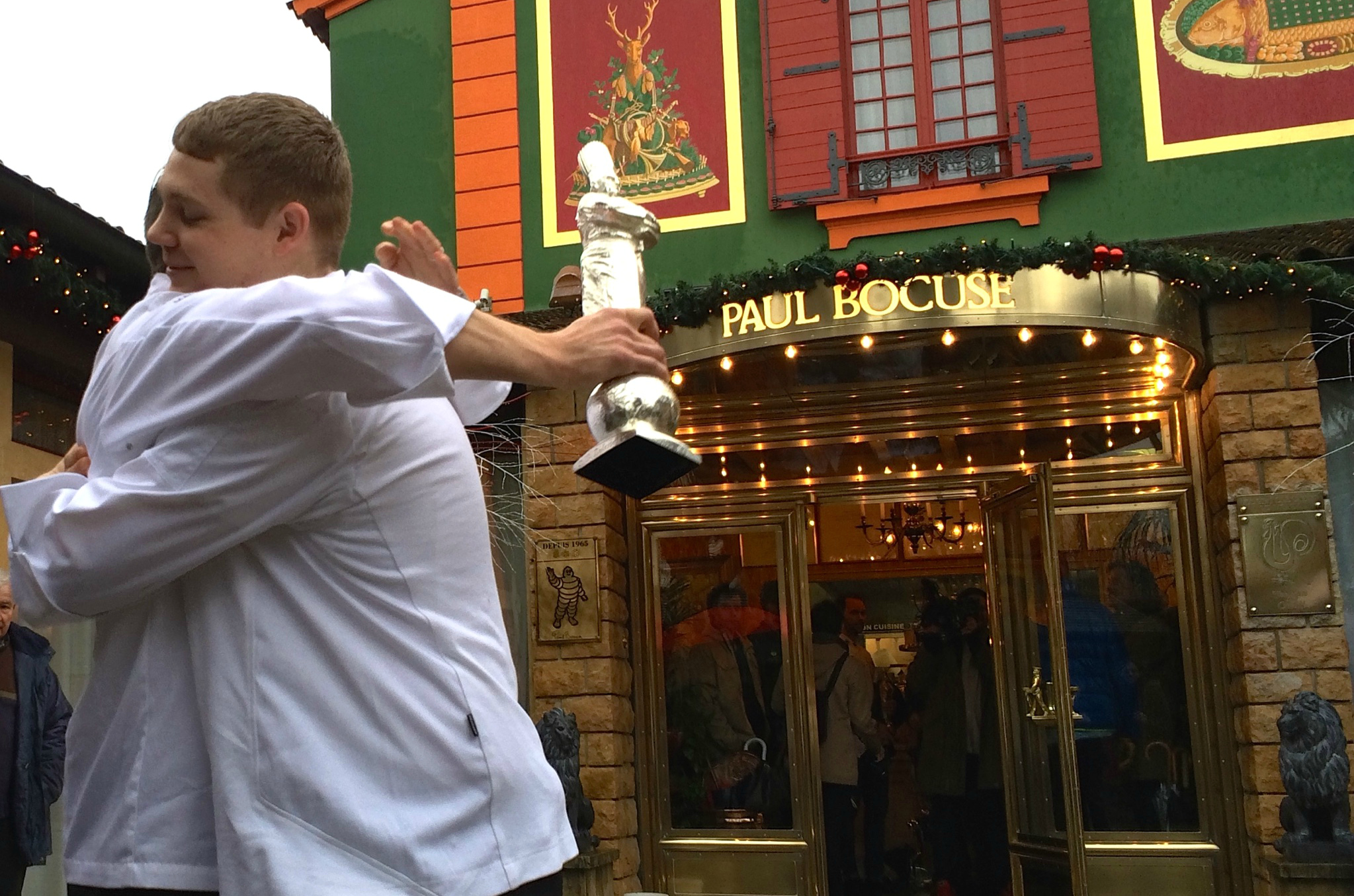 Thomas Keller and I sat in the dining room, and I asked him the most basic question of all: “How did it feel when they announced you had won second place?”

He started by telling me that Bocuse had called him eight years ago. Until that point, the U.S. hadn’t even formed a traditional backing organization, and the American competitors were getting beaten badly. Bocuse told them that he, Daniel Boulud and Bocuse’s son, Jérôme, were the three chefs who could bring the United States to prominence in the Bocuse d’Or, and it was time to step up their game. And so, Keller said, “we promised him back then that that’s what we would do.”

As we spoke, it was clear that the moment was catching up to him. Here he was, sitting in Restaurant Paul Bocuse with Bocuse himself in the next room. Keller’s voice wavered a bit as he continued, his eyes a little glassy. “For me, today is a moment for him [Bocuse],” he said. “It’s a pretty special thing.”

Read more about the Bocuse d’Or on Food Republic: