Most of us who eat and travel for a living taste a lot of unusual foods — if you could even call some of them that (tarantulas, anyone?). Given my particular love for far-flung, out-of-the-way destinations, I run across many unheard-of edibles that seem like they could catch on back home if given a chance. Of course some of them are already known here, like the quinoa I ate at almost every meal in Peru, but haven’t become a mainstream part of our diets.

Since 2014 took me everywhere from remote islands in Cambodia to the Peruvian Amazon to Papua New Guinea’s highlands to the capitals of Ethiopia, Denmark and Israel, I thought I’d weigh in on some unlikely ingredients that caught my eye over the past year. If they become the world’s next superfoods, you can say you read it here first. 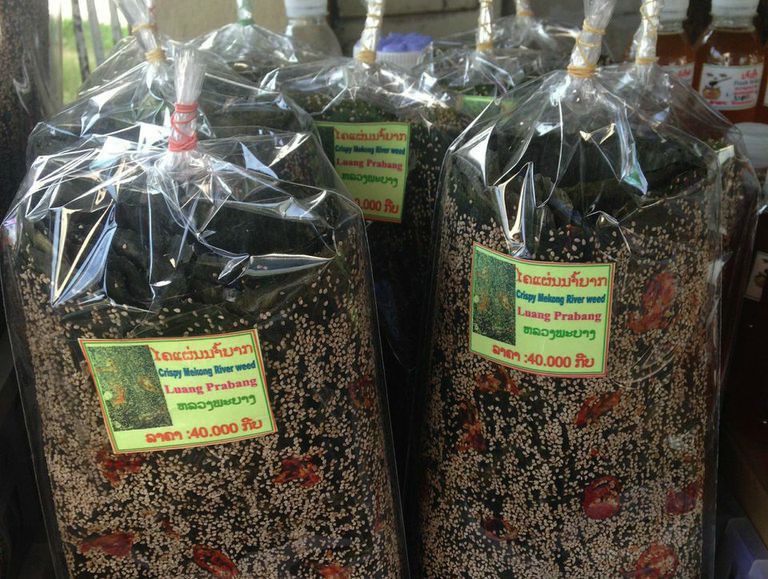 Dried river weed, often served alongside a chili jam, is a common snack in Laos.

Laos: Dried river weed
Last spring I spent a whole week scurrying around Luang Prabang, Laos, on a borrowed bicycle, trying and largely failing, to get a handle on “real” Laotian cuisine. However, one evening I pestered a nightmarket vendor enough to gather that yes, you were supposed to dip these flat, green, nori-like sheets into the burgundy-hued paste they were always sold next to. I found this snack quite tasty: the sweetish chili jam complemented the earthy, nori-like stuff.

Later, doing some reading, I learned the sheets were called kai pen and made of river weed that’s dried in a similar fashion to nori. The chili jam is a jeow — a relish or dip that’s a daily snack in these parts, also commonly prepared with eggplant or tomato. Not only does kai pen sound appealingly like that cute Indian actor who was in Harold & Kumar and then went off to work for Obama, but it’s loaded with protein, iron and fiber. And the jeow are basically gussied-up vegetables, which we all need more of. The whole snack is crunchy and salty, yet vegan, and would make an excellent substitute for a problematic Cheetos habit.

Peru: Sacha tomate
I first tasted this oval-shaped, bright orange fruit in its native Andean region, over a dreamy al fresco lunch at Huayoccari Hacienda, a 300-year-old villa-turned-restaurant in Peru’s Sacred Valley. Stuffed on excellent cooking that has graced the mouths of Antonio Banderas and countless U.S. presidents, I went for the lightest-sounding dessert, dulce de sacha tomate. When the fruit arrived, it had been stripped of its smooth skin and stewed in sugar syrup — the effect was shockingly orange in the afternoon light and appealingly sweet and sour. A few days later, I encountered this fruit again for dessert at the Inkaterra Machu Picchu Pueblo Hotel in Aguas Calientes, where I learned that it’s high in potassium, manganese, vitamins A and C, and a million other things we all need. Word is that New Zealand has been cultivating this fruit, which is known as the tamarillo over in Kiwi-land. Better get on it, rest of the world! 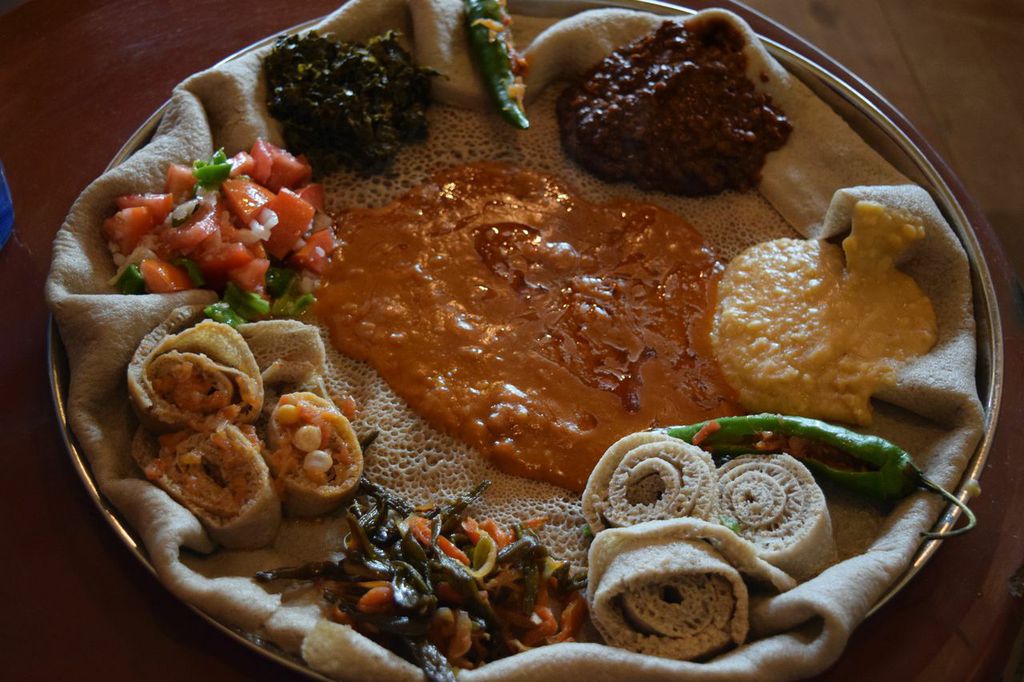 Injera in Ethiopia is made with fermented teff, a tiny grain high in protein, fiber, calcium, iron and vitamins.

Ethiopia: Teff
Sure, I’d been to a handful of stateside Ethiopian restaurants before embarking on a visit to the country itself this past October, but I’d always come away feeling that the cuisine was so heavy. Turns out I’d been eating Gringo-fied injera, the spongy sourdough flatbread that’s served with every Ethiopian meal (so into this food are the country’s natives that, no joke, one common breakfast features stir-fried injera accompanied by regular injera for mopping it up). In the States, I was told, injera is sometimes made with rice flour, which is cheaper than traditional teff but which sits heavily in the belly.

However, in Ethiopia proper, you will find none of this rice flour-injera nonsense. There, the ubiquitous silverware substitute is light and springy and pleasantly sour. This is because it’s made of fermented teff, a grain that’s high-protein, high-fiber and also loaded with calcium, iron, Vitamin B6 and zinc. During my week of using injera to cradle everything from morsels of cooked greens to chickpea stew to chunks of beef, I found the bread filled stomach corners and prevented the blood sugar spike I generally get from say, a French baguette. Plus, this stuff is gluten-free! Which probably explains why Victoria Beckham and Gwyneth Paltrow have already jumped on the teff grain wagon.

Saigon: Pennywort juice
When I hit Saigon at the end of a two-month trip bumming around Southeast Asia last year, I was worn out from many long, dusty Burmese bus rides and much excellent street food in Malaysia. My body was hurting for a health tonic, and though I’d developed a green juice habit back in New York, here I couldn’t exactly waltz into my local kale bar. However, I soon found the next best thing: Saigon streets are peppered with juice shops, where you can choose from a dazzling lineup of fruits and concoct a custom potion for around a buck. Perusing one such menu, the only green thing on there caught my eye: “rau ma,” the juice lady called it. So I ordered one and found it to be sufficiently chlorophyll-loaded to appease my cells, though next time I’d want the drink sans sugar.

After consulting a Vietnamese-speaking friend, the following morning I marched to the juice window off my hotel’s little alley to request “rau ma khong duong.” Without sugar, the frothy green liquid tasted grassy and bitter yet eminently nutritious, not unlike wheatgrass. I repeated this once or twice a day for the next few days and soon felt like myself again. And no wonder: Some internet research on my hotel’s spotty WiFi revealed that pennywort is an incredible superfood, credited with improving memory, eyesight and (nudge nudge) stamina, and it’s loaded with vitamins and minerals. Some tai chi master dude supposedly lived to be 256 years old by consuming this stuff daily — and somehow Gwyneth hasn’t even caught on to it yet! This spring, I went back to Saigon and you can bet your bottom dong (that’s the currency — get those minds out of the gutter!) that the first thing I ordered was a “rau ma khong duong.” 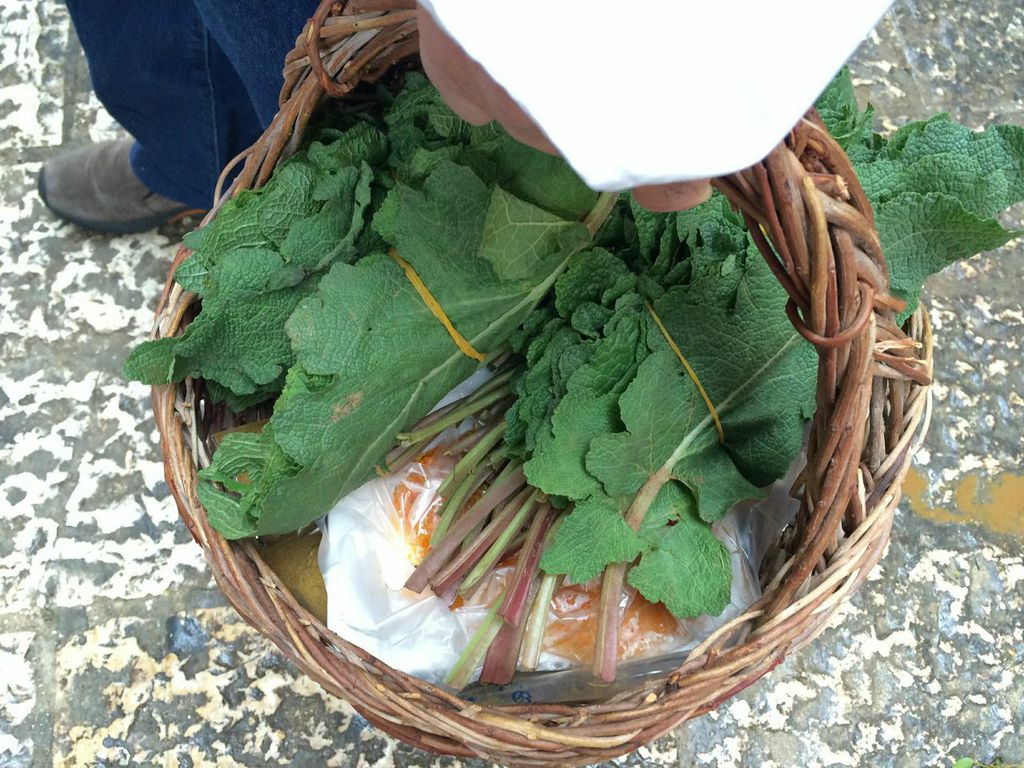 Wild herbs, including lemon verbena, mallow and olive leaves, are high in vitamins, minerals and phytonutrients.

Jerusalem: Wild herbs
As the purple-and-yellow tour bus ferrying me around Israel this past November zoomed its way toward Jerusalem, I spent more time gaping at the heavily fenced Jordanian border and the various seas we passed (Galilee, Dead) than the golden-colored mountains out the other window. Apparently I should’ve had my eye on the hills: That’s where chef-owner Moshe Basson of the Eucalyptus restaurant in Jerusalem goes foraging at least a few times a week. Not to blaspheme, but René Redzepi has nothing on Basson, mainly because the Noma chef is rooting out fussy little nubbins of moss and sea buckthorn while Basson has fields of herbs and flowers — including something like 20-plus varieties of sage — at his disposal.

Basson even forages on the streets of Jerusalem, as I observed while accompanying him to a market in the old city: Along the way he gathered lemon verbena, mallow, olive leaves and other herbs growing next to the sidewalk. Back at his restaurant, the Iraq-born chef incorporates wild herbs into all of his menus. My incredible meal started out with a focaccia-like bread accompanied by various dips: tehine, garlicky aioli and several pestos, one with coriander and one with hyssop, both wild herbs. Later, there were sautéed mallow leaves to accompany chicken-stuffed figs in a sweet and sour tamarind sauce and eggplant garnished with pomegranate seeds.

Basson is a pioneer of a growing Israeli school of cooking called “biblical cuisine,” so many of the recipes he uses are thousands of years old. What’s more, the chef can prescribe remedies using wild plants: hyssop is good for gas in babies; sage can be boiled into a tea for the stomach, he says. Wild herbs have scientific evidence backing up their high vitamin and mineral content, not to mention the presence of beneficial phytonutrients that are hard to come by in domesticated plants. Yet remedies like Basson’s have been known since biblical times and probably way before. Just call wild plants the original superfoods.