Tanguy Laviale, the 33-year-old chef at Garopapilles on the rue Abée de l’Epée in Bordeaux, is one of those serious chefs, whose plating and preparation matter to him like a movement matters to a classical pianist. He doesn’t so much stand in his open kitchen as pirouette around it, cooking a sauce on the burner then swiveling back to slice a piece of buttery foie gras then carefully placing a perfectly dark green leaf on a plate. A dish completed, he lifts it abruptly up to the pass and returns to his work.

I’m watching Laviale from a single stool placed against the lip of the kitchen on a recent Saturday night; to my right is a dining room that will fill over the next half hour with 20 well-dressed, well-coiffed, well-mannered Frenchmen and women, most in their late 20s or 30s, who’ve secured a coveted reservation at this buzzy three-month-old spot. Several times throughout the service, a few of the guests will feel compelled to approach the kitchen and praise the chef; Laviale, dressed in faded Levi’s jeans, clean chef’s whites and an apron tied snugly around his almost impossibly thin waist, accepts the accolades with a slight smile and a nod. He looks less like an actual chef than an actor cast by a young Godard in a film about a determined chef with an almost morally grounded dedication to detail.

Going into the meal, my last of a three-day stay in Bordeaux, I had doubts about whether I’d missed something more important in this restaurant-obsessed city, whether maybe I should have visited Michelin-starred places rather than bistros and less fussy places. I stood outside the entrance feeling a bit forlorn, hesitant. If there’s one thing I’ve learned in life is that you don’t want your last meal of a French sojourn to be a letdown. Laviale’s cooking is market-driven, literally. He sources fish, foie gras, herbs and vegetables every morning before he cooks.

Everything at Garopapilles starts with the entrance, which is no mere foyer but an excellently curated cave à vins, overseen by Laviale’s equally earnest if more affable partner Gaël Morand, who also provides the pairings for each five-course meal. Neighbors in this quiet quarter shop here for choice bottles from Bordeaux to be sure, but also for small-producer wines from throughout France and even beyond; a small craft beer section features a selection from San Francisco’s Anchor Brewing. The cave/restaurant’s logo, appropriately, is half wine glass, half fork. (“It’s the only restaurant that’s a true cave and a restaurant,” in Bordeaux, Laviale tells me in French.)

So yeah, you walk into this restaurant knowing that wine is a big part of the equation, but then comes the amuses-bouche: a mini-platter with five offerings, five bites, each with a mild but pronounced burst of flavor that ramps up the taste buds. An espresso mug of chestnut soup, bright green olives, a red snapper ceviche, a delectable slice of roast duck atop a splash of squash and dotted with peanuts, a clamshell with the meat obscured by a light foam. It’s eye-candy of course, but this introductory salvo makes it quite clear that Laviale is no dabbler. The 33-year-old attended Ferrandi, a prestigious Paris culinary school, then set to work developing a restaurant at Chateau Haut-Bailly in the Bordeaux-area town of Graves, where he met Morand in 2010. They’d conceive and then partner on Garapopilles, obviously, because their time is now. 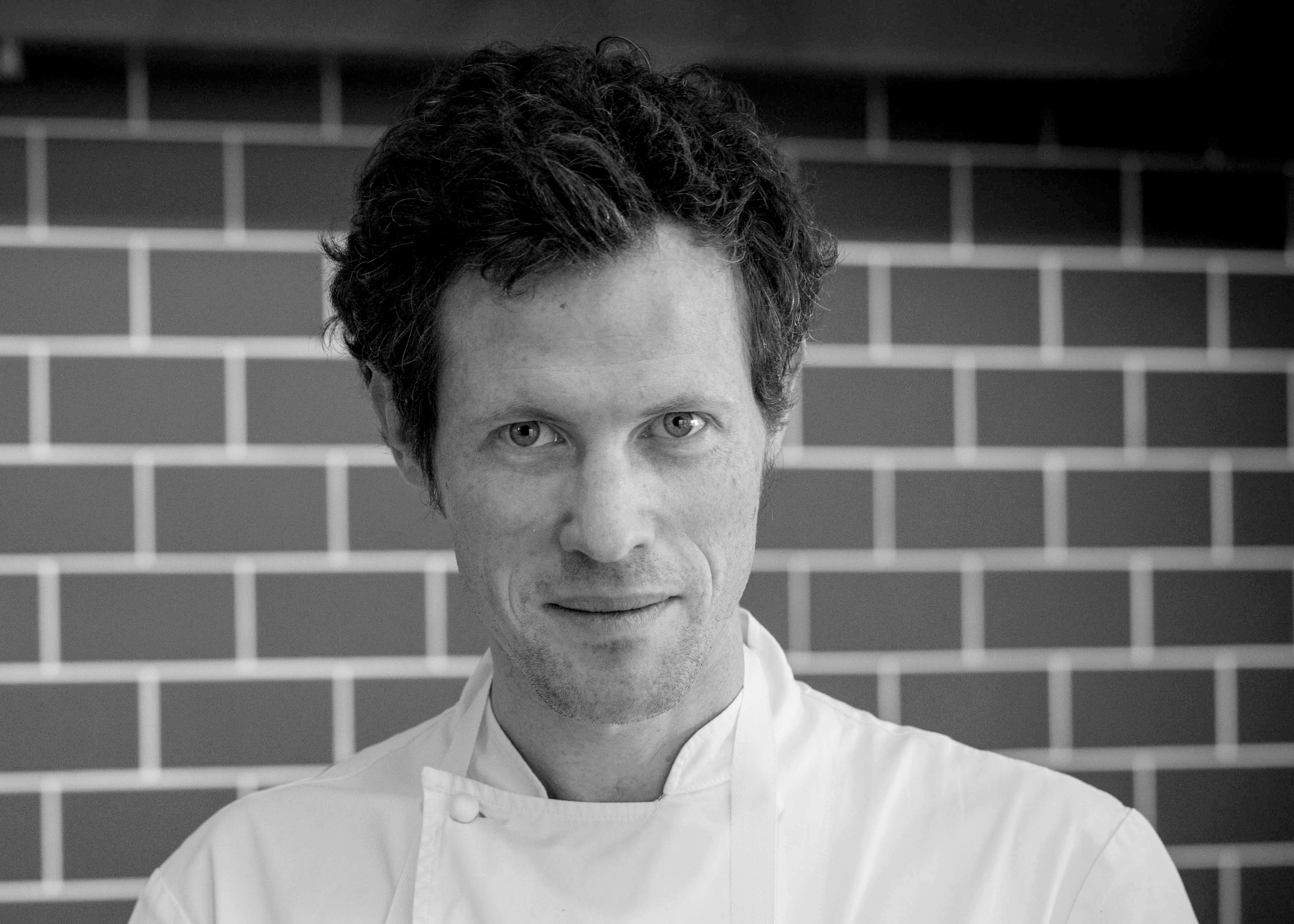 Not surprisingly, the Bordelaises have quickly picked up on Laviale’s talents. Garopapilles only offers dinner service Thursday and Friday (there’s a lunch service Wednesday-Friday, and the cave à vins has more regular hours). Explaining this as he prepares another dish, he feels compelled to say that it’s the most he can handle right now. Every morning begins with a trip to the market, he tells me, and he does all the cooking himself. A sous chef or perhaps a stagiaire is in the small kitchen space with him, but he’s presiding over every dish that goes out. The rest of the team, besides Morand, is Antoine, a suavely dressed waiter who speaks English and seems as committed to the food as Laviale himself and a dishwasher who is mostly hidden from view. That’s it, just five people running what is already one of Bordeaux’s most exciting restaurants, as determined by the authoritative Le Fooding guide and by the masses as well, who’ve made it the top restaurant in the city on Trip Advisor (hence why I was wary about whether I’d made the right choice for my final meal).

Thus, Garopapilles has mastered the art of creating demand through exclusivity, but as Laviale’s earnest explanation suggests, this is no marketing gimmick. And his sincerity surfaces again after I’ve taken a few bites of a dish composed of three seared scallops atop smoked herring eggs with fresh herbs and a soft bed of whipped Jerusalem artichokes. I’m actually enraptured by the flavors, the texture, when Laviale breaks the spell, looking me in the eye, saying, sincerely I think, “Can you taste the love that we put into the dish?”

The next course that Antoine places in front of me is roasted “pigeon” (squab served medium rare), with sautéed porcini mushrooms and cockles. “Bon degustation,” he says. Uh-oh, I think, pigeon, that typical gastronomic French dish that, save for erudite foodies and Frenchmen themselves, no one would ever willingly order. I slice into the meat, which by its nature is slightly tough, and take a bite. Hmm, I think, it’s an acquired taste, but cooked with this sort of care, with clever co-stars on the plate, I can try to get through it. Then another taste — ok, maybe not. I give my palate a minute to ponder it. Then I want more. I finish the dish, sopping up a bit of the lingering mushroom sauce with bread.

The restaurant’s full now, each table’s diners at various stages of their culinary journey. It’s all couples, a couple of four tops on double dates, one whose attractive members take turns removing to the enclosed terrace through a sliding glass door to smoke cigarettes. Laviale’s nearly unflappable. He’s layering slices of foie with roast duck and herbs, then swirling three pans on the planche stove, then checking in on me, compelled to expound on his vision: it’s one of sobriety, he says in French and evoking the French sense of the word, as evidenced by the cleanliness of the kitchen and the perfectly placed knick-knacks and gourds along the counter between him and the dining room. He points to the gourds. “It’s the details. It’s not extravagant.”

Antoine sneaks up on me with a dessert “surprise,” which looks a bit like chocolate mousse in a thin cone of milk chocolate, but which he says is better experienced than explained. Inside the shell is a mousse of sorts, light and airy and with an essence of coffee, with nuts and a sprig of fresh mint to top it off. Gael pours me a healthy glass of 10-year-old port. Tanguy looks slightly taxed for the first time tonight; a few minutes earlier, a diner had sent back the pigeon for a few more minutes of roasting, which Tanguy had handled without an equivocation. My night, my last meal in Bordeaux was ending, but I believe that for Laviale, Morand and their sharply run cave à vins and restaurant, the story is just beginning.