As we turn the calendar for the final time in 2014, food media types will begin to analyze the big events that have caused ripples across the industry. Looking at a couple of news beats over the weekend alone, however, it’s not a pebble but a giant boulder that has been tossed into the lake. Disruptors, it appears, have taken a seat at the dining room table.

As first reported in both the Chicago Tribune and Eater, Chicago restaurateur Nick Kokonas (of Alinea, the Aviary and Next) has officially announced his long speculated restaurant ticketing system that by many accounts is about to change the way restaurants allot their nightly seatings, longer referred to as bookings or reservations. Writing in a blog post introducing Tock (think the sound of a stopwatch), Kokonas speaks to both restaurant owners and consumer to argue that selling tickets in advance will help all involved.

“We are building Tock to fundamentally change the economic practices of restaurants while creating a virtuous circle for consumers: minimizing wait-times, reducing no-shows, food waste, labor hours, and food costs, while enhancing the customer experience is good for everyone,” he writes.

It’s the kind of bold mission that the former technology executive, turned high-minded restaurant operator, has been quietly selling around the United States for some time, and apparently it has worked. With the launch of Tock comes news of several major figures from the world of food and technology, including chef Thomas Keller, Twitter CEO Dick Costolo and the owners of the massive Chicago-based Lettuce Entertain You restaurant group, have signed as investors and early users.

So how does it all work, and when will we be able to buy these tickets? Kokonas is quick to note that he has built the platform “from the ground up” and doesn’t plan to rush things out. But he’s clear that the ticketing system can be applied in a number of ways. The most progressive concept is pre-paying for the meal and service in advance, a literal ticket for a seat in the restaurant — like a concert or airplane ride — with the potential for a varying price, depending on supply and demand. Additional Tock products — which will run about $695/month for the full suite of services, with no additional fees — include “deposit reservations,” meaning tickets are sold with only a minimal deposit for the seat, which is then credited at the end of the meal. A “dynamic deposit” reservation concept is also promised, meaning that depending on demand (high or low), tables will be reserved at varying prices, with the possibility of a credit given that exceeds the deposit. Meaning, like Groupon, diners will be given a deposit of $15, get $30 back sort of deal.

Kokonas says the service will begin in select Lettuce Entertain You venues as soon as this month, with a large rollout by the middle of 2015 — just in time for summer, which has traditionally been a softer period for the restaurant industry and when no-shows are felt the most.

Many have speculated that Tock is taking square aim at OpenTable, the 16-year old reservation site that has become an industry standard that Kokonas tells the Tribune has similar plans in the works (which OpenTable denies). But also in the entrepreneur’s target is the slew of upstart companies in the growing pay-for-reservation game, which Food Republic has covered extensively over the past year. Unlike Tock, which offers reservations with a deposit only, companies like Resy and Zurvu are selling tables for $5-$25 dollars per reservation, with the profit shared equally between website and restaurant. Tock, of course, can change the pricing model with the flip of a switch, and we’re sure they have their eyes on the traction these young companies are seeing in their key market, New York City. 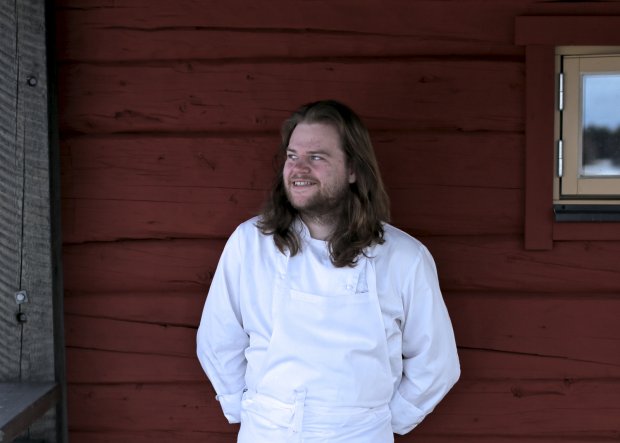 Swedish chef Magnus Nilsson plans to take an annual 3-month hiatus. Will the time off include a residency?

In other restaurant script-flipping news, over the weekend we learned that restaurant Fäviken, located in rural Järpen, Sweden (and recently named the 19th best restaurant in the world by the World’s 50 Best list makers) is dramatically changing the way it runs its restaurant. Describing it as a “dream fulfilled,” chef Magnus Nilsson says he will close the restaurant for 20 weeks each year to create dedicated time for research and creative work in the restaurant. “Time earmarked to develop ourselves without taking focus away from the customer and the execution of our ideas while we are open.” The restaurant will close on the 28th of February 2015 and remain closed until July 1. What he does with the time is a mystery, but one would think that he might take his show on the road.

They say that three is a trend, and with Fäviken’s seasonal schedule, Nilsson is joining two other world-regarded chefs in the decision to close for extended periods of time. In January, fellow Nordic chef René Redzepi will move his entire restaurant and most of his staff to Japan for a five-week residency at the Mandarin Oriental in Tokyo. And in February, chef Heston Blumenthal will move his three Michelin-starred Fat Duck to a hotel in Melbourne, Australia for a six month relocation (while the restaurant in Bray, England renovates).

While it’s unclear if Redzepi and Blumenthal will continue their winter sojourns, it poses a curious question. For restaurants with international appeal, and for hotel operators with the need to market their properties to the jet-set, why aren’t more and more pairing up? The restaurants offer their chefs invaluable travel experience, the hotels offer restaurants favorable financial terms (we speculate at least) and a new city to ply their craft. And diners get to see their favorite chefs without having to travel across the world. It’s only a matter of time until we see Daniel Humm posting up in Shanghai, or Massimo Bottura in Los Angeles for extended runs. The pop-up is dead, long live the residency.