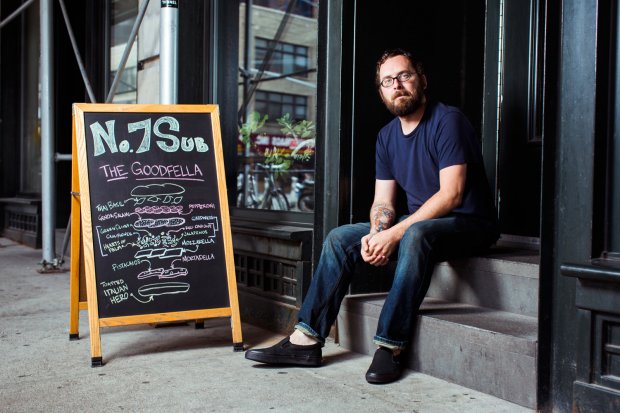 Tyler Kord in his No. 7 Vans Classic Slip-Ons, six years after his initial email to Vans North America.

Here’s awesome proof that reading fan mail pays off. Vans shoes has one outstanding supporter in chef Tyler Kord — even more so now that the footwear company co-designed a pair of shoes with the owner of Brooklyn restaurants No. 7, No. 7 North and No. 7 Sub. “I’ve been wearing Vans since high school. My first pair were black slip-ons, and they were always in my rotation of shoes from then on,” Kord tells us. “I always dreamed about wearing Vans all the time.” So Kord did what any ardent fanatic would do: he found the contact info for one of the brand’s higher-ups and sent an impassioned email making his case. Here’s an excerpt:

I wear Vans all of the time, both in and out of the kitchen, and often after a hard night of drinking, I sleep with them on. They’re great kitchen shoes because they’re cheap and have no laces, but unfortunately they don’t have non-slip tread. [Other brand name] have super cheap shoes with non-slip tread, but their shoes are janky. If somebody created a hybrid of your shoes and theirs, the world might explode, and every cook in New York City, and ultimately the world, would skate to work and then cook like champions who aren’t afraid of slipping on a greasy floor. We would probably invent new ways of eating and living.

Surprisingly six years passed before much happened. Eventually, Kord’s request made its way to the inbox of Doug Palladini, Vice President and General Manager of Vans North America, who said he’d been contemplating ways to approach kitchen culture for a while. After an initial meeting with Kord, Palladini says, “there was no doubt he was the right guy to help us understand the best approach.”

And so a new classic was born, the No. 7 Vans Classic Slip-On, to be exact. Designed specifically with the culinary industry in mind, these shoes are the first of their kind for the brand. Per Kord’s suggestions and feedback, the shoes are enhanced with more cushioning and arch support for long shifts on one’s feet, siped (thinly slitted) outsoles for better traction, Vansguard repellent for spatters and spills and a top-to-bottom black color scheme to hide stains. Palladini tells us that Vans plans to collaborate with a new chef/restaurant every few months and so far have several in mind with prototypes. For now, the current models are available to No. 7 cooks and staff members only. Supremely psyched by the outcome, Kord has even higher hopes for his collaboration: “It would be pretty sweet if “No. 7’s” became the “Jordans” of kitchen shoes some day!” 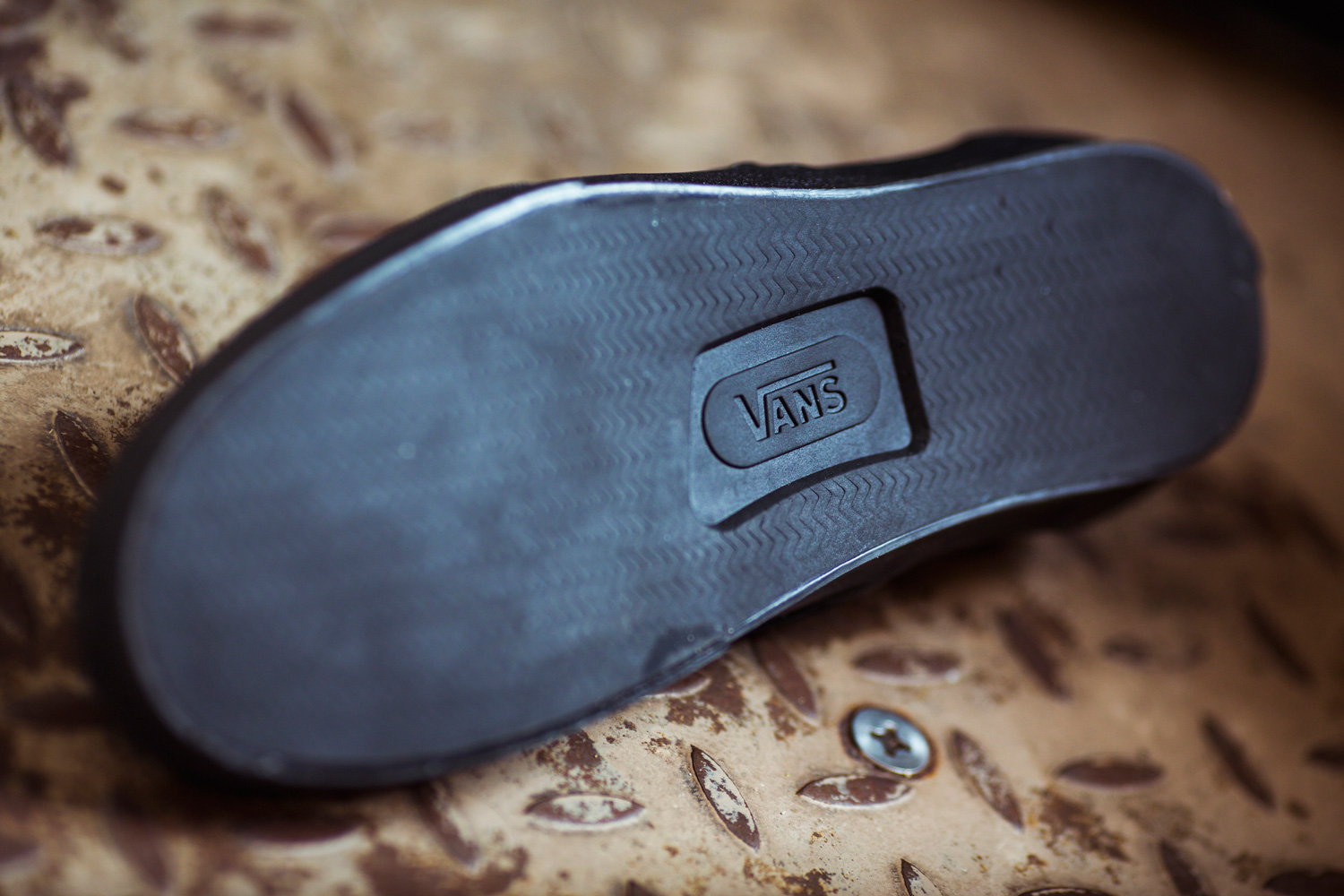