Put a chef and a master bourbon blender in a room together and what do you get? Gossip. Football talk. Also, it turns out, some pretty kickass bourbon. It’s a sizzling July afternoon in Louisville, Kentucky, and we’re sitting in the tidy home of Trey Zoeller, bourbon historian, polo player and the founder of Jefferson’s Bourbon, a company that peddles “ridiculously small batch” bottles of amber Kentucky pride.

Sitting next to him is Edward Lee, a busybody chef who runs the city’s beloved tasting-menu-only restaurant 610 Magnolia (as well as a busy Asian gastropub), while starring in the TV documentary series Mind of a Chef and generally being a good human being. In front of us sits a dozen bottles of booze, marked up in Zoeller’s neat script.

“Just grab one of them and start tasting,” he says, handing us cans of sparkling water to refresh our palates between pulls from glass containers the size of perfume bottles. While the scene might seem like simply an excuse to drink some insanely rare Stitzel-Weller juice, there was actually some work to be done.

Zoeller, like the hooch he sells, is a rarity in the bourbon business. Unlike most commercial operations — which typically follow a long-secret family recipe and distill, age, blend and bottle using various names like “single-barrel” and “small batch” — Jefferson’s stays out of the distilling game completely. Instead, Zoeller buys bourbon and rye from all over Kentucky and matches up disparate flavors and ages (sometimes four or five different producers at a time) for his exclusive bottles. The “ridiculous small batch” hints at the age and quality of the products he uses, which Zoeller can only say is old and many times older: “The contracts with suppliers dictate what I can and can’t say, and it’s usually not that much.”

While the secrecy makes it tough for a journalist trying to wrap his head around Zoeller’s hustle, it’s been good for business. For his Chef’s Collaboration, he’s teamed up with Lee to calibrate a blend that would pair precisely with the food coming out of Lee’s kitchen — a mix of high-flying French and umami-kissed bar grub. It’s not easy, which is why the two had been conducting these tasting sessions semi-regularly.

“It’s not really a science,” says Lee, who makes several specific comments about “spice” and “wood” over the course of the afternoon, but mostly nods with approval, or doesn’t respond if something is not working. “We kind of just keep blending it,” Lee says. “It’s a fun kind of anxiety, but it’s definitely an anxiety because you sit there and you do what do we do and it all comes down to percentages. It’s weird, when you think about how the five percent, up or down, of a certain rye whiskey will have a huge effect on the bourbon.” 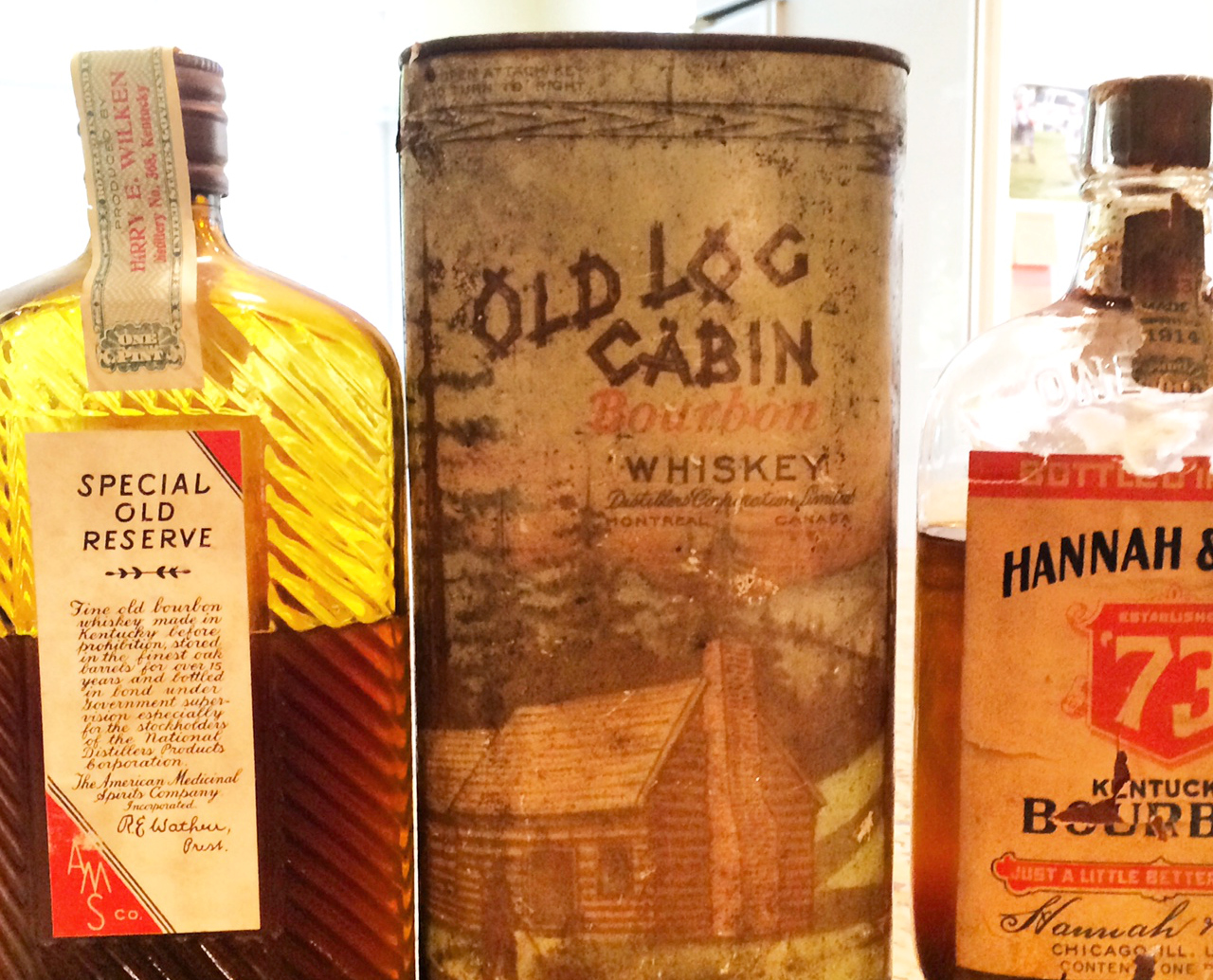 As Zoeller describes it, when he started the company back in 1997, there were warehouses of great aged bourbon just “evaporating off into nothing.” So he started buying it up and bottling it. First, barrel by barrel — which he would throw in stainless steel tanks to suppress the aging. He bought the last 400 barrels from the legendary Stitzel-Weller distillery, famous for its Pappy Van Winkle. It would become the Jefferson Presidential Reserve 17 and 18 releases. But, he then started blending things together. Why? The right combination could taste simply magical.

The bourbon industry was nothing new to Trey. His father, Chet, spent over a decade poring over historical documents and interviewing distillers to write his well-respected book, Bourbon in Kentucky: A History of Distilleries in Kentucky — and is thought to own the world’s most-extensive collection of antique bourbon in the world. During the visit, Trey pulls out a sealed pint from the 1940s, nearly half of it evaporated through the bottle. He says his dad has many, many more.

According to Zoeller, Jefferson’s will offer 96,000 cases for public consumption in 2014. Accounting for less than five percent of that is the Chef’s Collaboration with Edward Lee. When reached by phone earlier this week, Zoeller spilled some details about the latest release, which is scheduled to hit stores around Nov. 15. The 5,000 case limited release will feature two bourbons (70 percent) and one rye (30 percent) and will have noticeably more heat on the front end. As for your chances of scoring a bottle? Good luck! In Kentucky, the release sold out in days. And, in other parts of the United States, where allocations were limited to a couple of bottles for each store, it was even more difficult to find.

“You can drink Knob Creek and any other brand with food and it will be fine,” says Lee with a sigh. “But this was much more focused on the pairing.” As for Zoeller, who long has said his favorite cocktail is bourbon with a little bit of ice added, he’ll even mix it in an Old Fashioned or Sazerac. “For me, that is saying a lot.”

Here’s a clip with Edward Lee talking about the art of bourbon making on the new season of Mind of a Chef: