Last month, we invited a select group of chefs and purveyors to stop by the Food Republic test kitchen and chat about “farm to table” — the label, the lifestyle. The term gets tossed around quite a bit these days. What does it mean in 2014? And how does it work on the local level? We learned a lot about where our food comes from, some of it only a short subway ride away. — George Embiricos, Matt Rodbard and Chris Shott

How do you feel deep down when you hear the term “farm to table”?
I have no ill will against the term “farm to table.” It might be a bit overused, but the sentiment is un-controversially good. Anything that connects eaters back to food and where it comes from is a great thing. I wish it were more applicable to more food options, in an honest and transparent way.

How do you work with chefs to manage their expectations of supply?
By being as transparent as possible. We primarily grow salad greens for our wholesale accounts, chefs and retailers. Reason being that we grow very high-quality salad mixes – arugula, ruby streaks. They’re high-yield, quick turnaround and it’s a product that we can offer with incredible consistency. Conversely, something like carrots which take 80 days to grow and then are traditionally a lower-value crop, are not a great bet for our wholesale market. So we’ve always had a policy of just being completely clear with the chefs to whom we sell. You don’t really wanna be getting your carrots from us.

Tell us about the chefs and restaurants you like working with. What are they serving?
Andrew Carmellini’s restaurants have been incredibly supportive of us. We just started working with them last season with Lafayette and now we also sell produce to The Dutch and Bar Primi. The arugula salad that I had at Lafayette, I was quizzing the chef as to what he had done with it — it was a great representation of arugula. That’s really exciting for a farmer, to go to a restaurant and have a fantastic representation of their vegetables. It almost feels like you’re dropping your kids off at an Ivy League school. 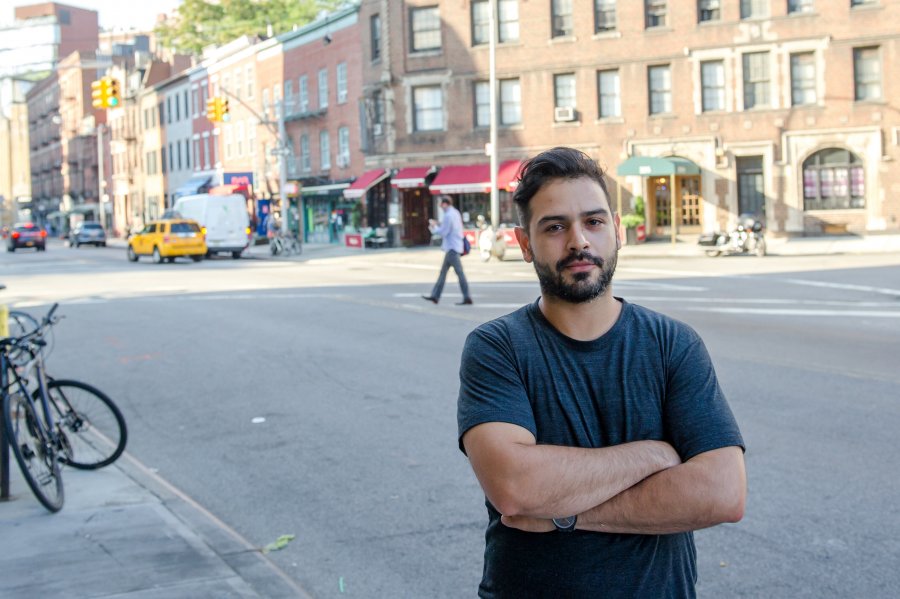 Bobby Hellen, formerly the chef at New York City’s Resto, will team this fall with Nicholas Morgenstern (General Greene, Morgenstern’s) to open GG’s, a seasonal restaurant in the East Village. That is, the menu will be truly driven by the seasons — there’s a large garden in the backyard that will be utilized throughout the menu.

GG’s has large garden in the back. That is very ambitious for an East Village restaurant.
Not a lot of people are blessed with that because of space. Plain old space. We have 13 planting beds and when we’re opening, the menu will definitely focused towards using a lot of the garden stuff. We have — it’s almost cliché — garden greens on the menu. And that means everything from our garden.

Like what?
We grow nasturtium, we grow red sorrel, every type of mixed green, we grow most types of radishes, from a black radish that I pulled out the other day that was the size of my fist to daikon, alpine radishes, husk cherries, all these things are gonna be in. 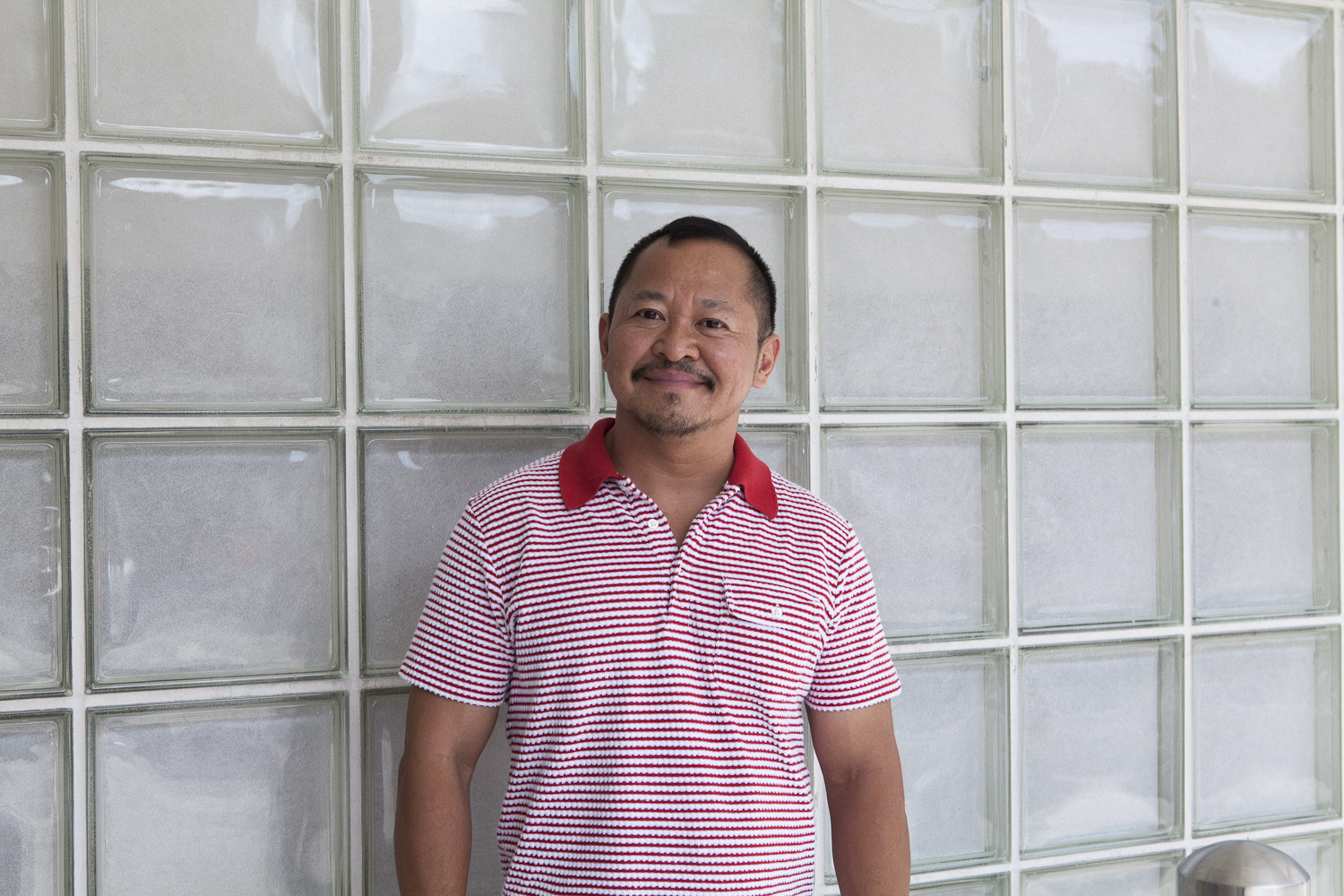 New York pastry chef Pichet Ong grew up in Thailand, Hong Kong and Singapore and has toured the world extensively in search of the best things to eat. He’s currently consulting on several projects and working on the opening of an ice cream shop.

Why is it important to work with dairy farms in the Hudson Valley?
I’ve been using Hudson Valley Milk for the the projects that I’ve been consulting on, beginning with Sugar and Plumm and most recently at Tao. We use their milk for all their pastry products, which also rolls into the coffee program they have at the restaurant. I just think that for food, the shorter the distance that it gets provisioned, the better it is.  I understand re-globalization of cuisine and the way business is set up and the politics involved. Food travels a lot. The shrimp that you eat could have been caught a whole year ago and traveled around the world before it gets to your plate. I just don’t think that that’s what we should do. We should strive for a model where food travels a lot less. 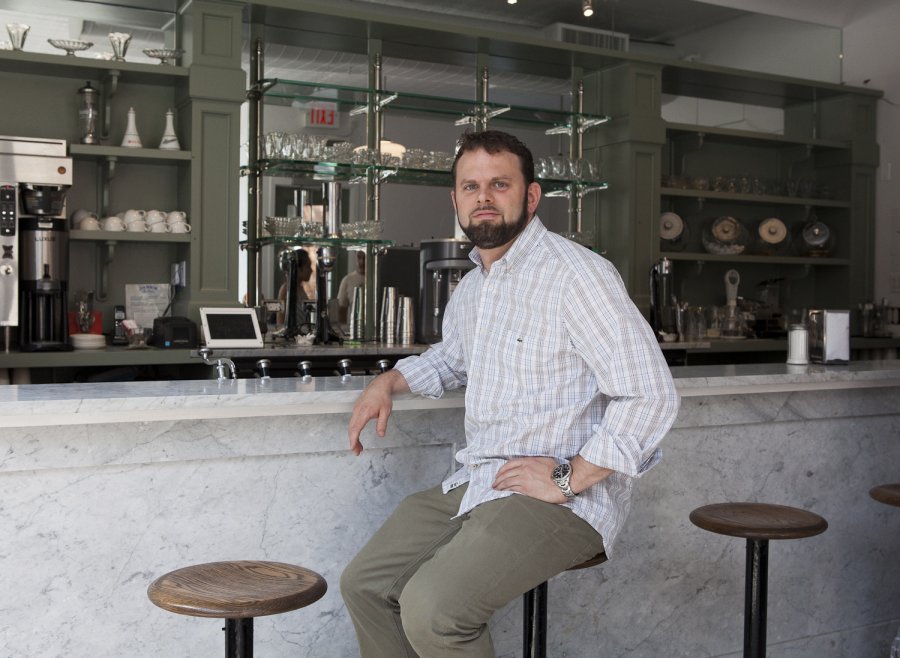 Bryan Hunt is Executive Chef of Tom Colicchio’s Riverpark in New York City. The restaurant includes one of the city’s largest urban farms.

Can you shout out some of your favorite providers?
At Union Square, we get Eckerton Hill Farms tomatoes every year. We get Rick Bishop’s potatoes and arugula and Cherry Lane always has the best asparagus every year. We have good relationships with the farms where we get these foods.

Can you tell us a little bit about the farm at Riverpark?
We have this big urban farm at Riverpark. It’s in milk crates, so it’s portable and we can move things around. We use it to grow specialty things like special mustard greens, purple tomatillos, gooseberries, lemon verbena. Things that you see every once in a while at the market, but aren’t staples. 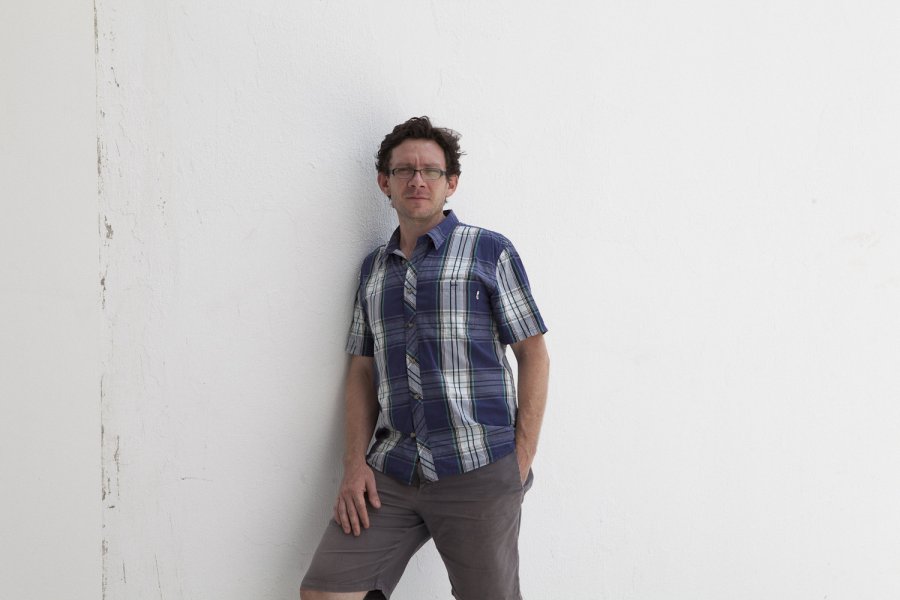 Christophe Hille is both co-owner of Northern Spy Food Co. in New York City and CFO of Fleisher’s Grass-Fed & Organic Meats in Brooklyn.

What do you feel deep down when you hear the term “farm to table?”
I feel that it’s time for that phrase to disappear, because of it just being a normal style of affairs. Everybody with some interest in delivering a great product to customers takes some interest, and it doesn’t have to be A to Z interest – it can be particular things that work for them. The scope of products that are available now is so huge that we shouldn’t really be discussing farm to table versus non-farm to table responsibility. We should be discussing good restaurants versus not-so-good restaurants.

From your restaurant’s perspective, can you describe the relationships you have with farmers?
We use Phillips Farm at the Greenmarket. Tons of people buy stuff from her during the growing season. You’ll see Gramercy, you’ll see Union Square Café, you’ll see ABC Kitchen – everybody’s pulling up cars to her! We work with her and we buy some from Guy Jones at Blooming Hill Farm. He’s a small guy who has been doing this for longer than most people have been saying “farm to table.” And then we have relationships that are more indirect. The main one is through a group called Lancaster Farm Fresh Cooperative, whose growth is kind of parallel to ours. It’s basically a non-profit cooperative of Amish farmers in Lancaster County, and this really smart group of people kind of aggregated them.

Does Fleisher’s work with any restaurants other than Northern Spy Food Co. in the city?
Anthony Sasso at Casa Mono buys from us. I’m working a little bit with Ed Carew, who is owner at Spasso. Marco Canora at Hearth is buying from us. We sell a little bit to Ryan Angulo at French Louie and a little bit to the guys at The Long Island Bar. It’s a little bit hard because it’s really a whole animal program at Fleisher’s.