What’s the first thing that comes to mind when you think of Orlando, Florida? Great food and drink, right? No? Well, you’re not alone. But in the year 2014, you might just have to reconsider. With four true growing seasons – which encourages a significant farm-to-table and seed-to-table movement – the city is quickly growing as a bonafide culinary destination. And it seems the rest of the world is taking notice, too. In fact, earlier this year, the James Beard Foundation made its first live announcement of its Award Semifinalists in the city. Here, we share five places to eat and drink incredibly well in the Orlando area. 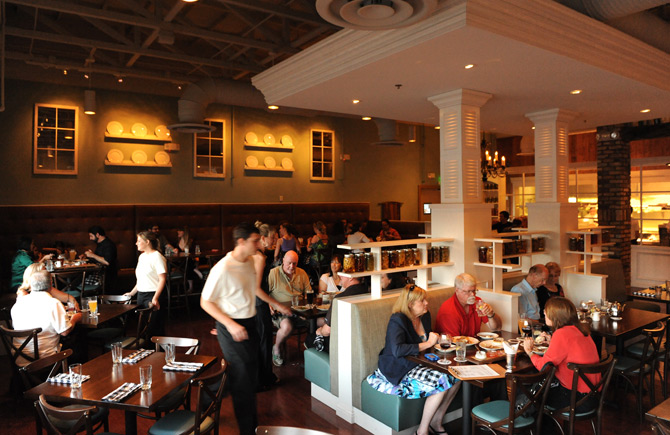 Cask & Larder
Opening a second restaurant after the immediate success of The Ravenous Pig was a no-brainer for owners James and Julie Petrakis. While the kitchen, like at The Ravenous Pig, turns out Southern-inspired food that favors pork, it’s the addition of an on-site brewery that pulls in both thirsty drinkers and hungry diners. Ron Raike, one of Florida’s only certified Cicerones (certified beer expert), is crafting exceptional brews, like the crisp and pleasantly bitter 5 Points Citra IPA, that hold their own next to the restaurant’s heartiest dishes, like the signature “Comeback Pork Burger.” 565 West Fairbanks Avenue, Winter Park, 321-280-4200, caskandlarder.com

Tako Cheena
It’s not fancy or pretty, just insanely delicious. Located in Orlando’s Mills 50 district, Tako Cheena specializes in Asian-inspired, flavor-packed “takos,” burritos and hot dogs, which here are made with Chinese sweet sausage. Loaded with fun toppings like kimchi, pickled daikon and house made house made hot sauces – the jack fruit habanero is especially sassy – these wallet-friendly, handheld snacks are the kinds of things we’d like to munch on eat day long, which explains exactly why this little joint is bustling from opening to close. 932 North Mills Avenue, Orlando, 321-236-7457, takocheenaorlando.com 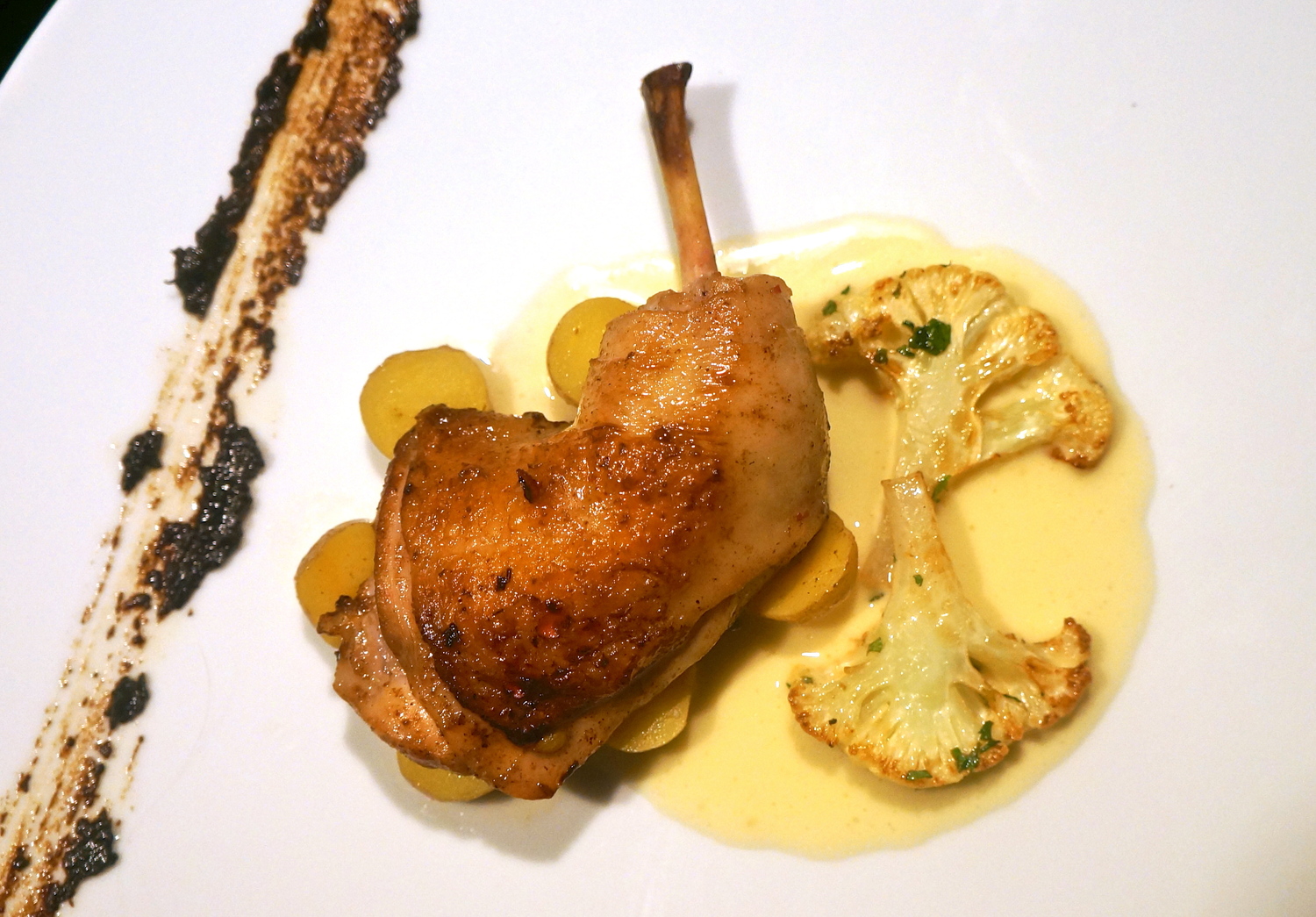 Lake Meadows game hen is on the menu at Chef Dustin Haney’s Scratch.

Hanson’s Shoe Repair
Getting in is just part of the fun. On the day you’d like to visit, leave a message on the answering machine, and later you’ll receive a text with the password, which changes daily. It will get you through the doors and into one of one of the city’s most civilized – but not the least bit snobby – cocktail experiences. It’s a welcome departure from downtown Orlando’s otherwise rowdy bar scene. No cell phones are permitted, and it’s house policy to not serve shots or drinks like Long Island Iced Teas to get you bombed. Instead, chat with one of the three knowledgable bartenders about your preferences, and let them whip up something original and spirited just for you. 27 East Pine Street, Orlando, 407-476-9446, hansonsshoerepair.com 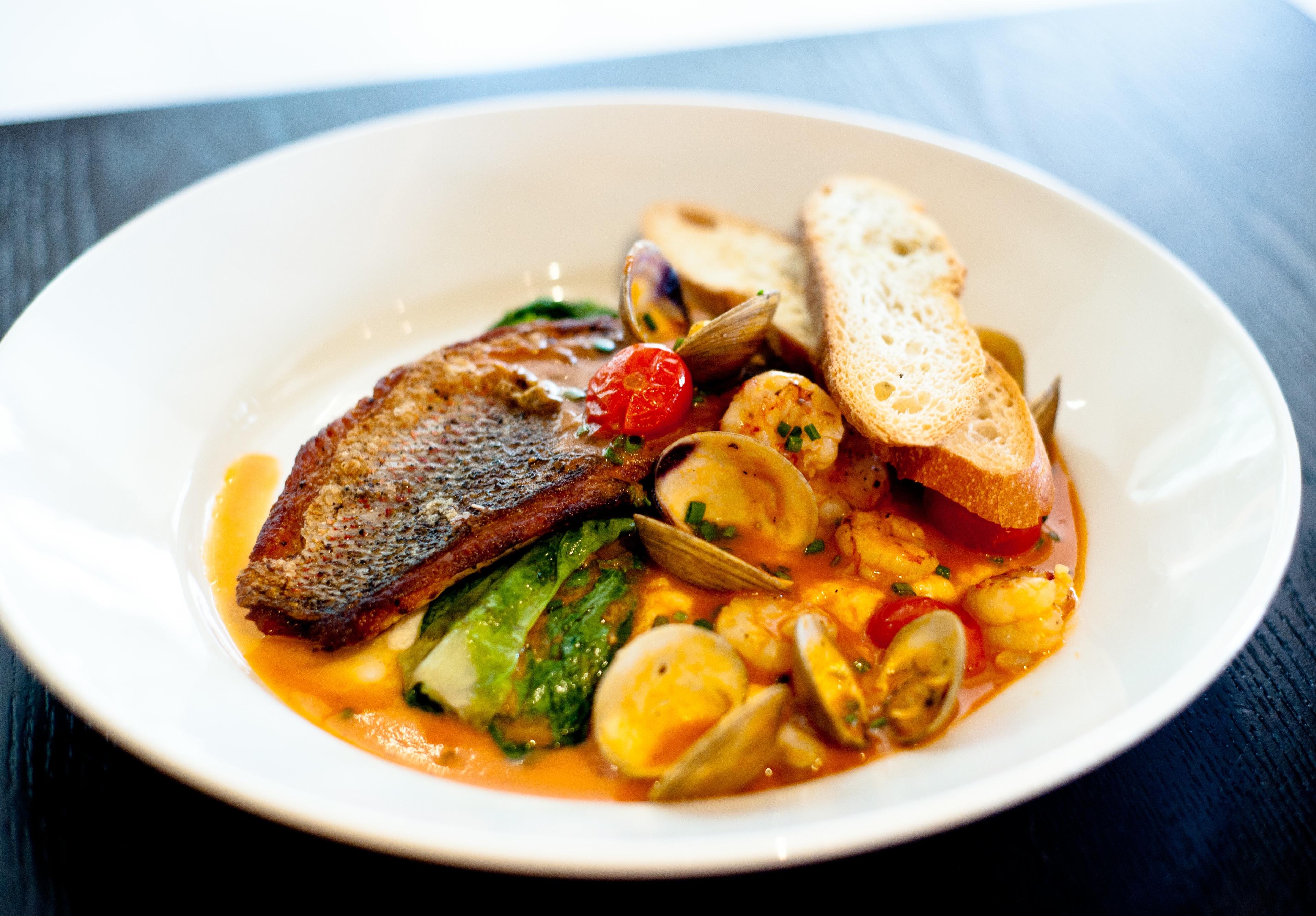 Local seafood pairs with greens, grits and a peanut-shrimp stock in the “Dirty South” dish at Rusty Spoon.

Rusty Spoon
While James Beard-nominated chef-owner Kathleen Blake was among the first in the area to take the local farm-to-table movement seriously, her cooking, on the other hand, is familiar and at times, playful. Blake’s much talked about “Shiittinonion Soup,” for example, blows away the competition with five types of onions, a double-roasted chicken broth and a touch (rather than gobs) of gruyere cheese, so it doesn’t overpower the other ingredients. Blake’s nod to the “Dirty South” features local seafood (pink shrimp, clams and snapper), greens and grits in a fragrant peanut-shrimp stock. 55 West Church Street, Suite 101, Orlando, 407-401-8811, therustyspoon.com

Read these guides to American cities on Food Republic: