Jeffrey Morgenthaler is an award-winning bartender and current bar manager at Portland’s Clyde Common. His writing and recipes have appeared in publications including The New York Times, The Wall Street Journal and Wine Enthusiast. The following is an excerpt about blanching herbs from Morgenthaler’s recently released first book, The Bar Book: Elements Of Cocktail Technique.

Bring a large pot of water to a boil (cover the pot to speed things up). In the meantime, put some cold water and ice into a medium bowl, and arrange a double layer of paper towels on the counter. 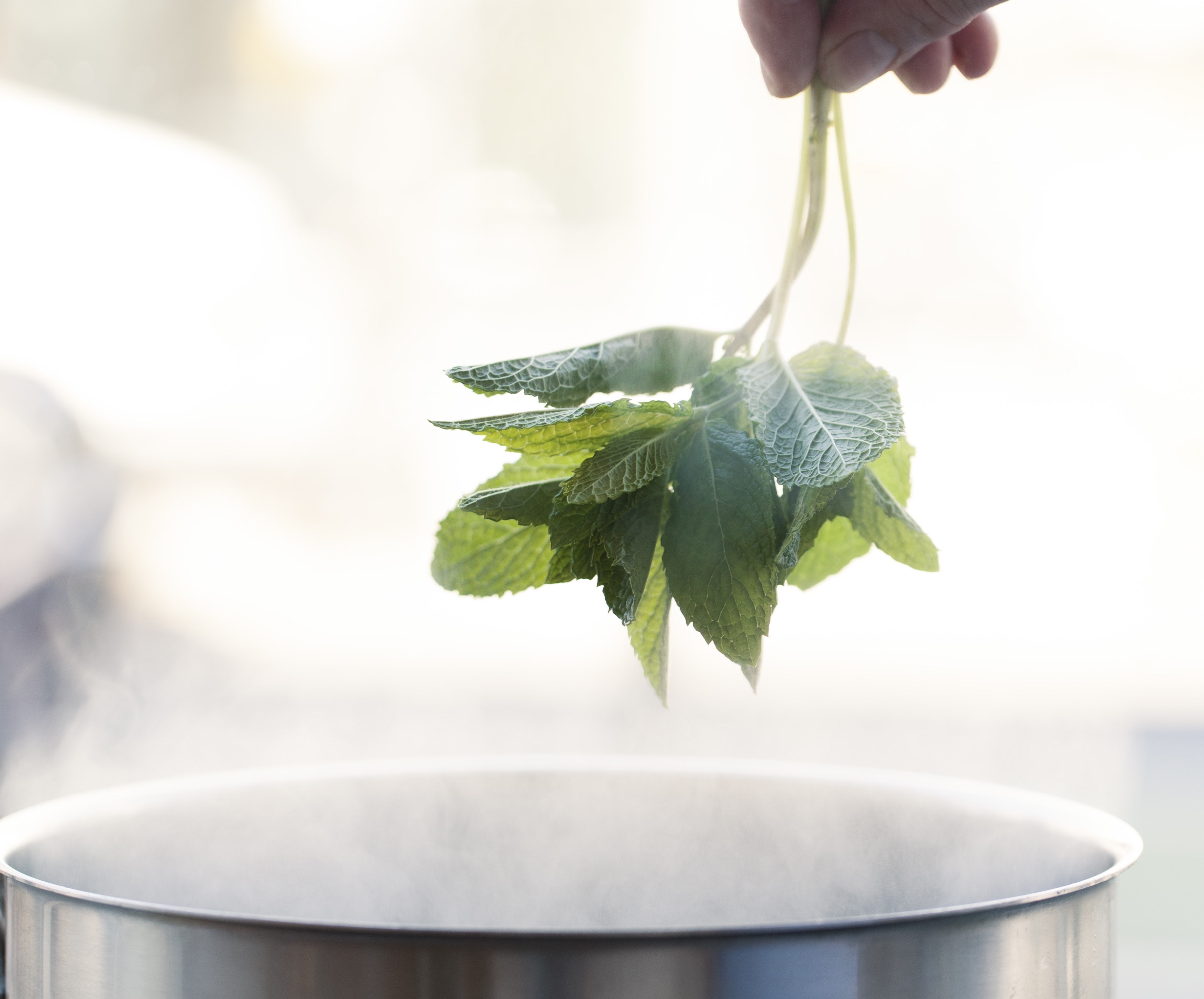 Plunge the stalks into boiling water holding them by the ends and without picking the leaves. 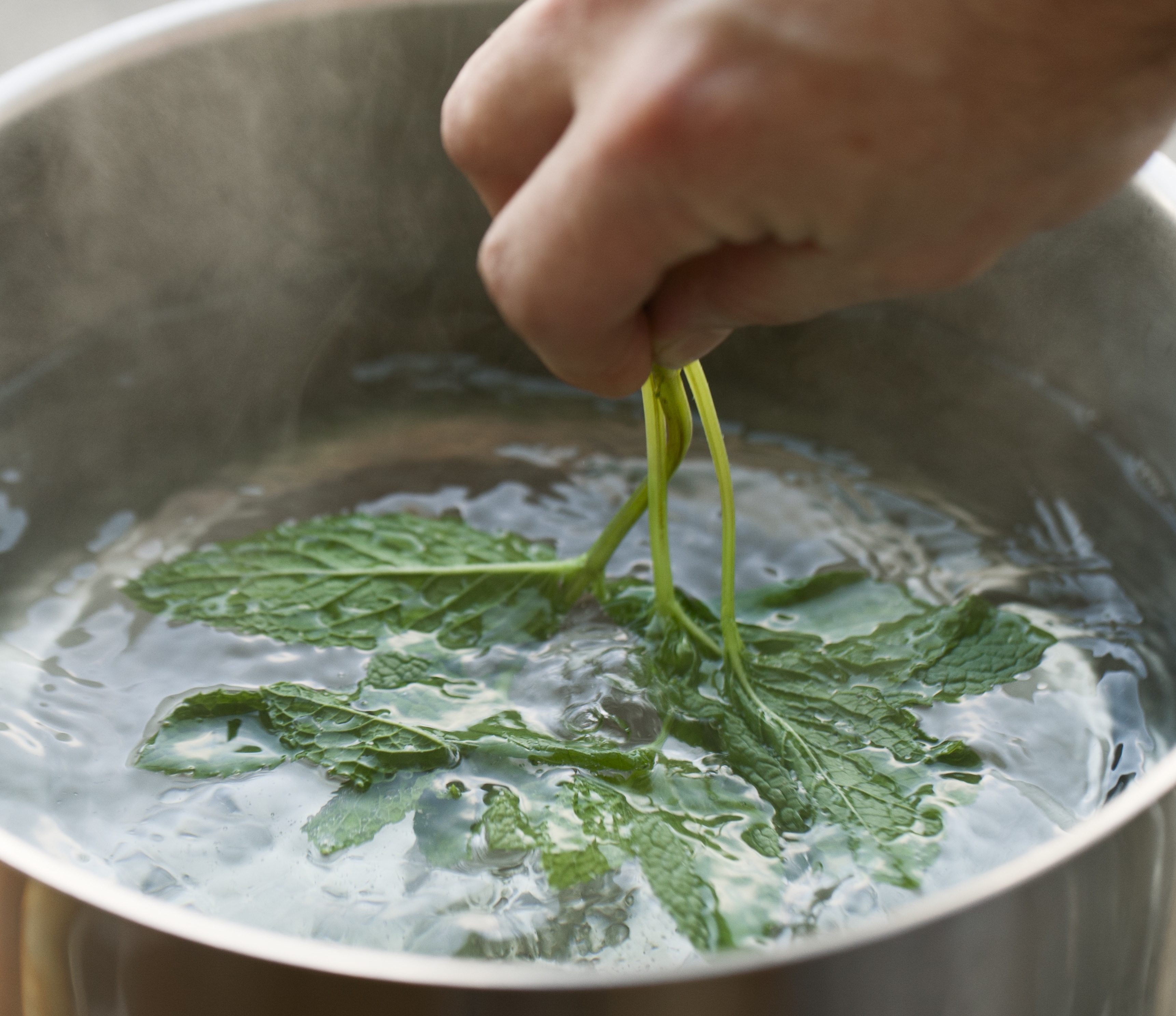 Jeffrey Morgenthaler recommends blanching softer herbs for 15 seconds and hardier herbs for half a minute.

Once the water is boiling, gather your herbs. Don’t pick the leaves; simply leave them on the stalk for now. Holding them by the ends, plunge the stalks into the boiling water. I blanch softer, more delicate herbs, such as mint, tarragon, and basil, for 15 seconds, and hardier herbs, such as thyme and rosemary, for 30 seconds. 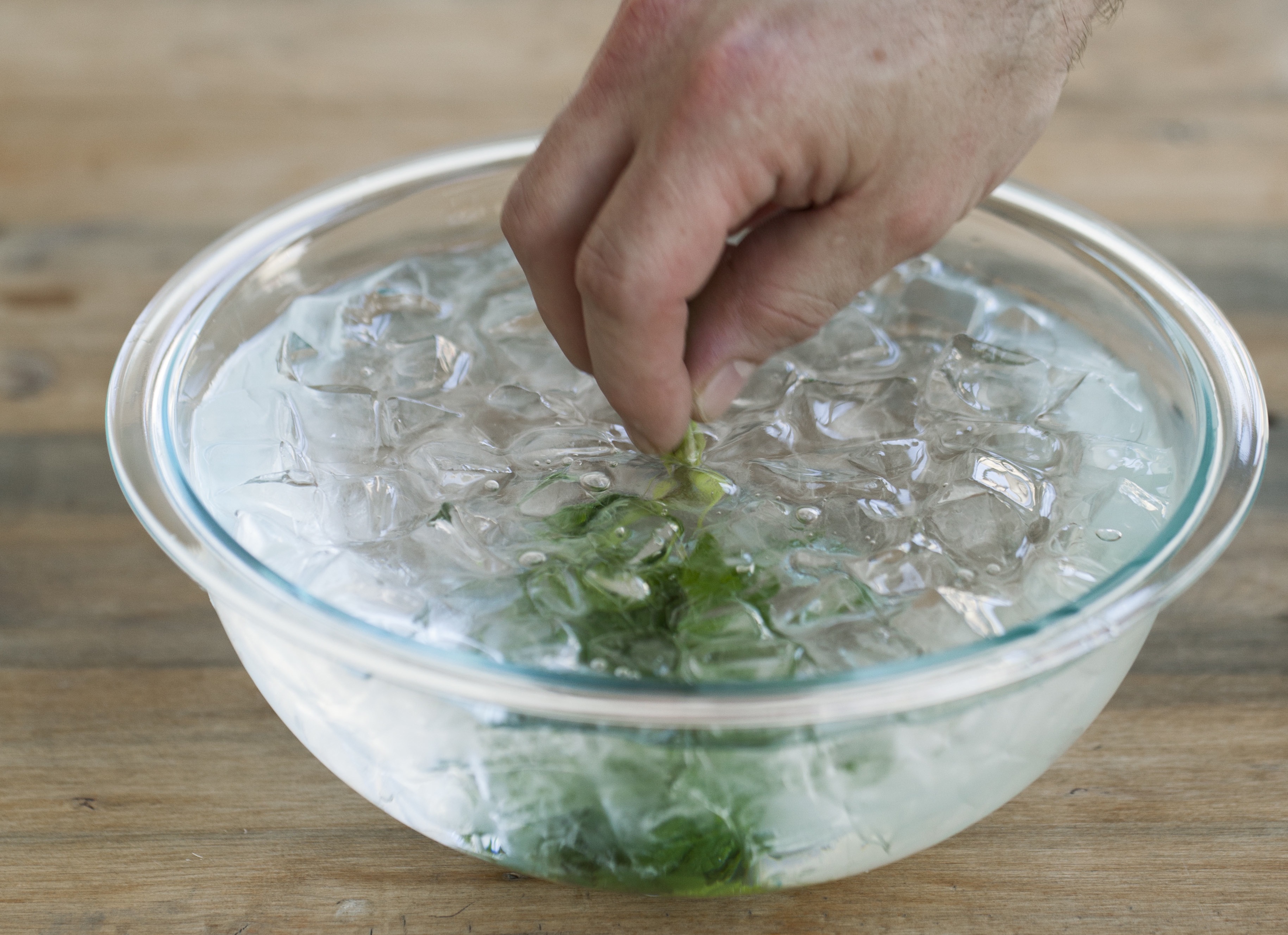 Be sure to plunge the herbs into the ice bath immediately after removing them from the boiling water.

Once the time is up, remove the herbs from the boiling water and plunge them immedi­ately into the ice bath. Let them stay there for a full 1 minute, remove them from the water and pat them dry with the paper towels. 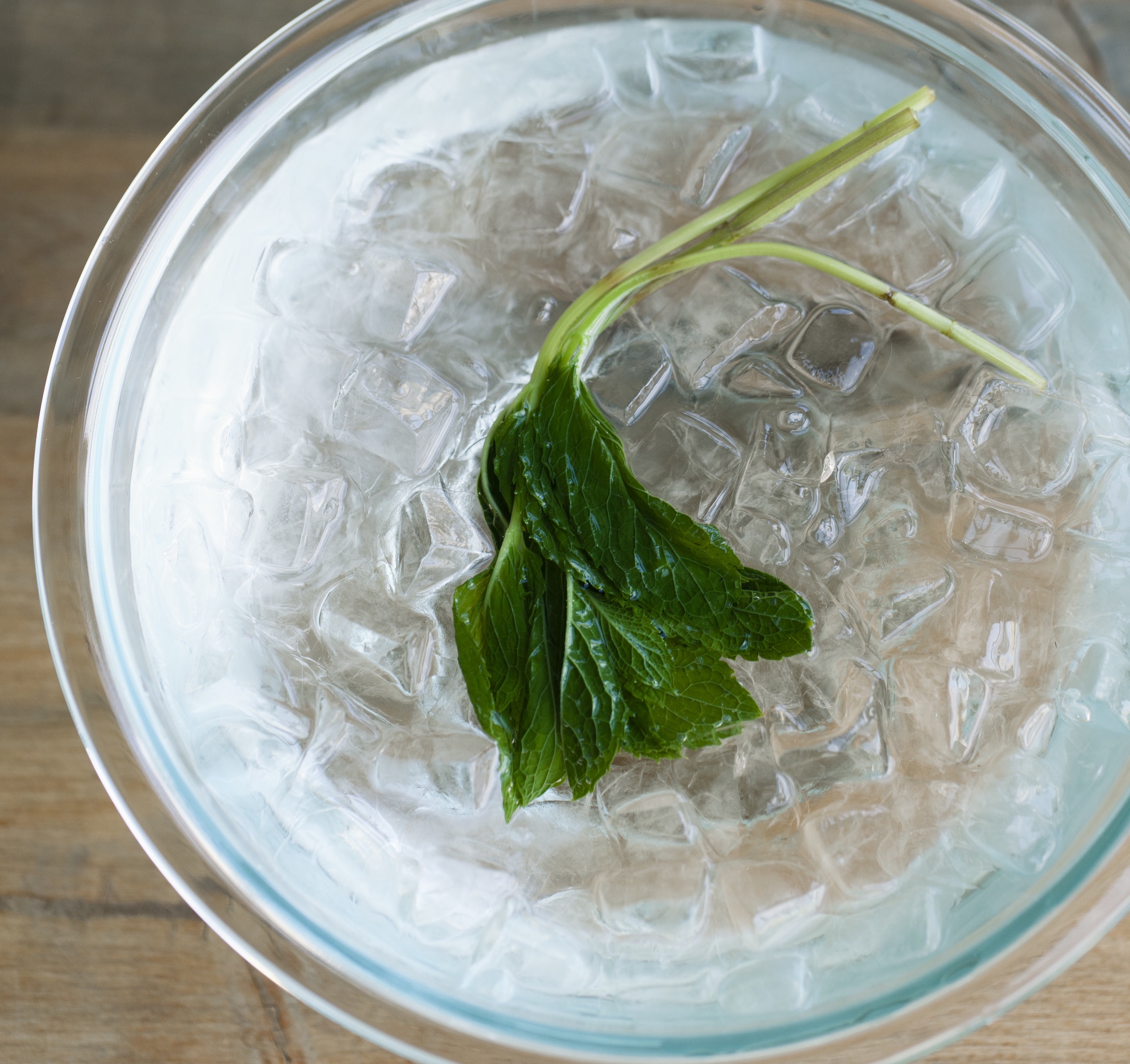 Leave the herbs in the ice bath for one minute before throwing the leaves in a blender with simple syrup.

The next step is easy: Remove the leaves, throw them in a blender with premade simple syrup and blend on high speed for about 1 minute. All that’s left to do is strain out the solids using a fine-mesh sieve and bottle.

Read about these bartenders on Food Republic: