New York City’s Betony has garnered extensive praise since opening less than a year ago. Chef Bryce Shuman’s menu changes constantly to reflect the produce of the seasons, while General Manager Eamon Rockey (he of the house-brewed root beer) has put together one of the city’s most impressive cocktail and wine lists. The pair recently embarked on a research trip to San Sebastián, Spain in order to discover the region’s dishes and flavors. The small coastal city — located in the autonomous Basque Country — is world-renowned for its high concentration of Michelin-starred restaurants. Shuman and Rockey wrote in to Food Republic from the gastronomic paradise. We subsequently booked plane tickets to Spain.

What was the purpose of your trip?
To experience the cuisine and restaurant culture of the region.

What was the highlight?
The trip was definitely centered around a series of truly inspiring meals, but the single most memorable aspect of the trip was the incredible warmth and graciousness that welcomed us everywhere we went, from the pintxo bars of Old San Sebastián to the destinations tucked between the hills around Bilbao.

Where’d you stay and what’s your mini-review of the place?
We stayed at the Maria Cristina; like much of the city, this century-old hotel exudes timeless beauty and is operated by a team of kind and generous professionals.

Where did you eat? 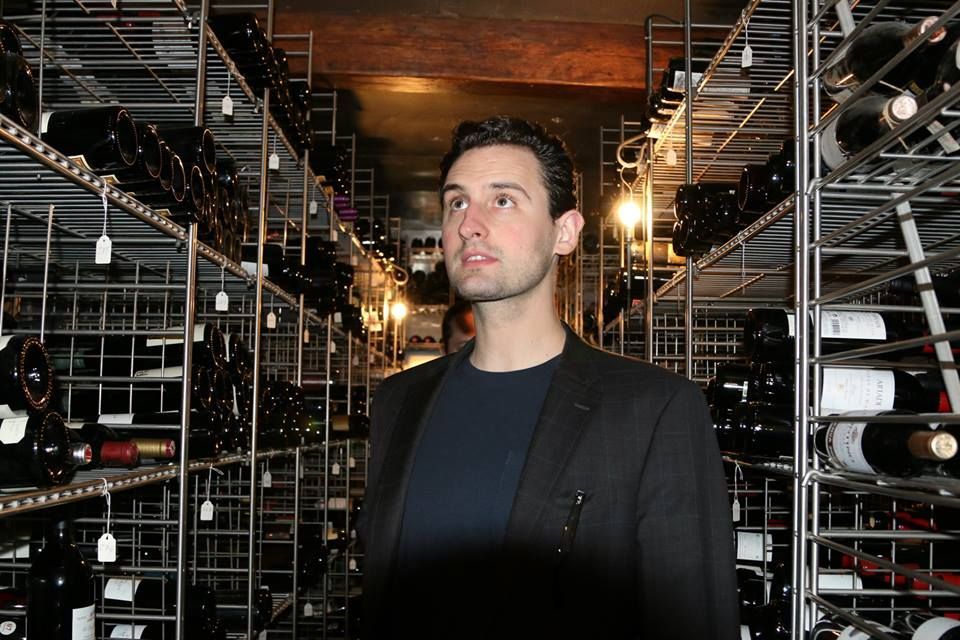 Eamon Rockey enjoys a trip to Arzak’s extensive wine cellar a day after a fabulous dinner.

We were really fortunate to dine at a number of the city’s most exciting restaurants. At Arzak, Chef Elena Arzak and her team spoke to the family’s history with both food and service, and they even invited us back for a tour of the entire restaurant the next day. 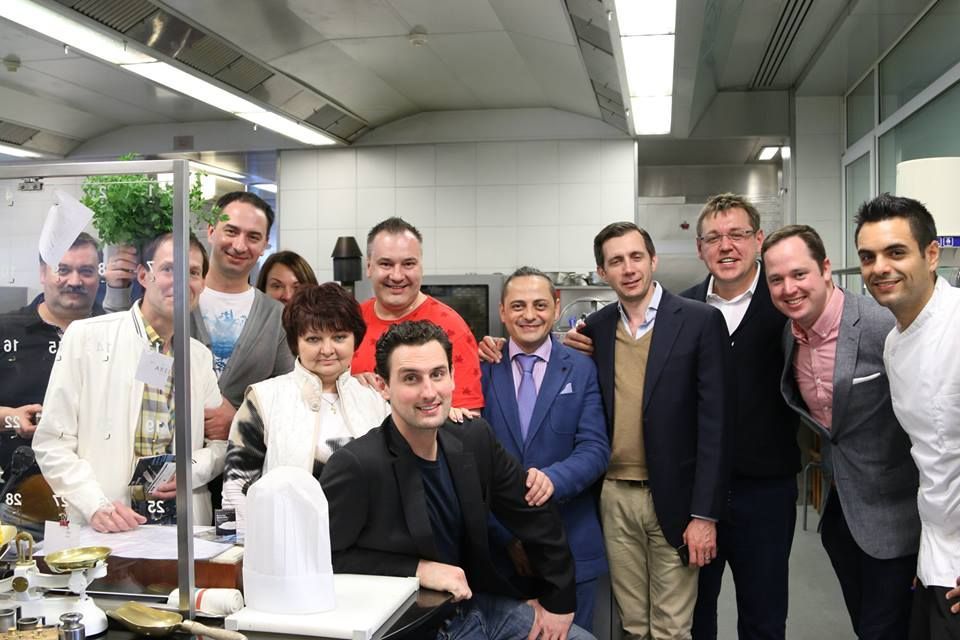 Eamon Rockey and Bryce Shuman (second from right) pose with members of the Akelarre staff.

At Akelarre, the narrative of the restaurant was so strong that every detail and element of the experience had relevance and meaning.

From the second we walked into the lobby at Azurmendi and were served a picnic accompanied by txakoli grown on the grounds of the restaurant, we realized how great of an investment had been made to produce such a singular dining experience. 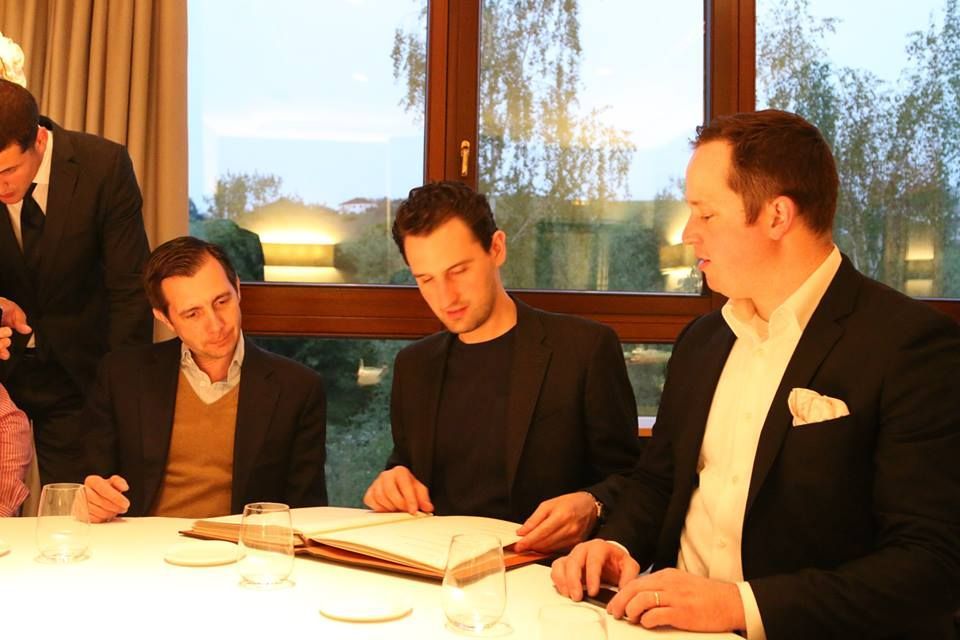 Choosing a bottle of wine at the three Michelin-starred Restaurante Martín Berasategui is no easy task.

The poise that every member of the team at Restaurante Martín Berasategui held themselves with set them apart and spoke to the genuine pride that they have for their work. 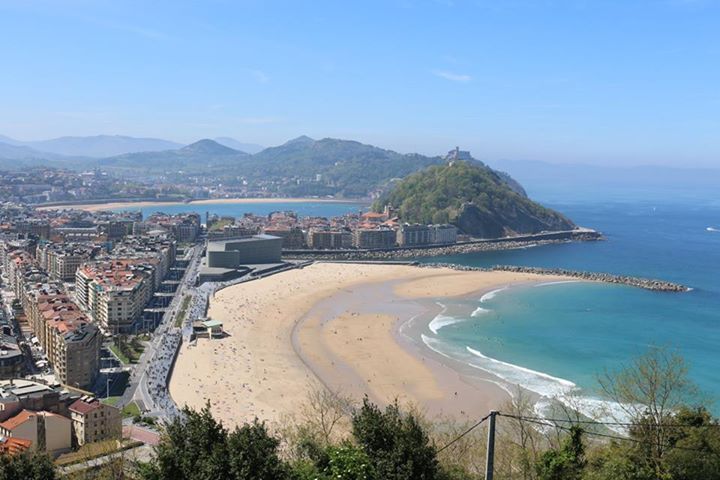 The view of the city of San Sebastián from Mirador de Ulía cannot be beat.

Mirador de Ulía had the most spectacular view of San Sebastián (amongst a bevy of spectacular views) and showcased cuisine that was light, colorful and tasty; being able to step out on a “seabreezy” patio between courses was definitely special. 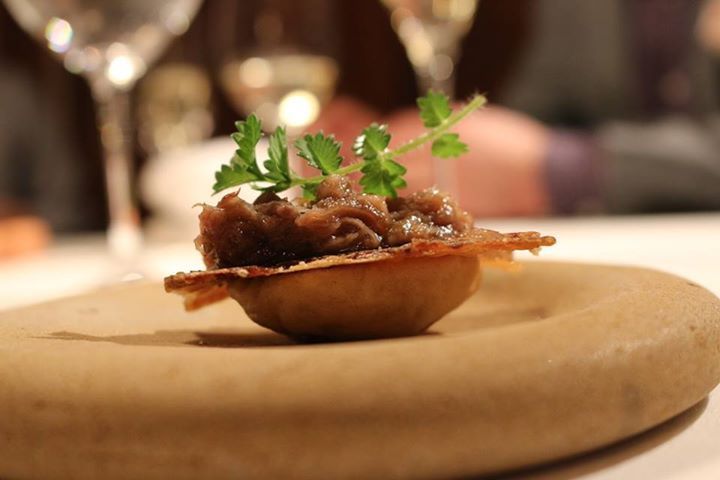 Mugaritz was named the sixth best restaurant in the world, according to this year’s San Pellegrino list. 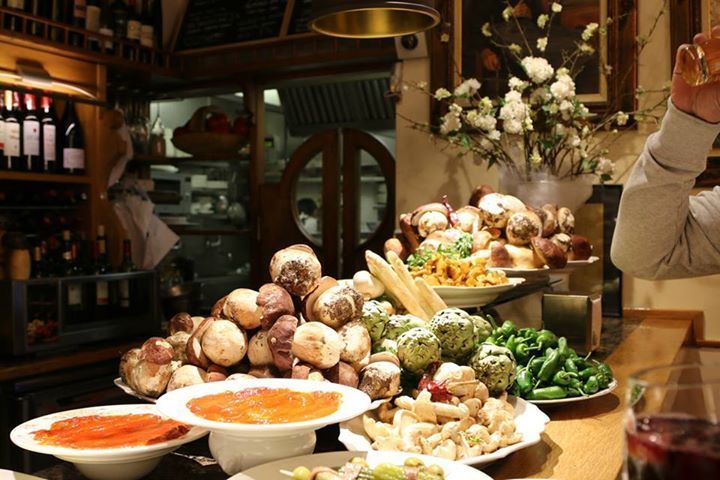 Tapas and pintxos — basically, skewered tapas — are found all over San Sebastián. Here, the spread at Bar Zeruko.

Bar Zeruko gave a twist to the classic pintxo experience by offering some of the most unique and delicious tapas in the city. 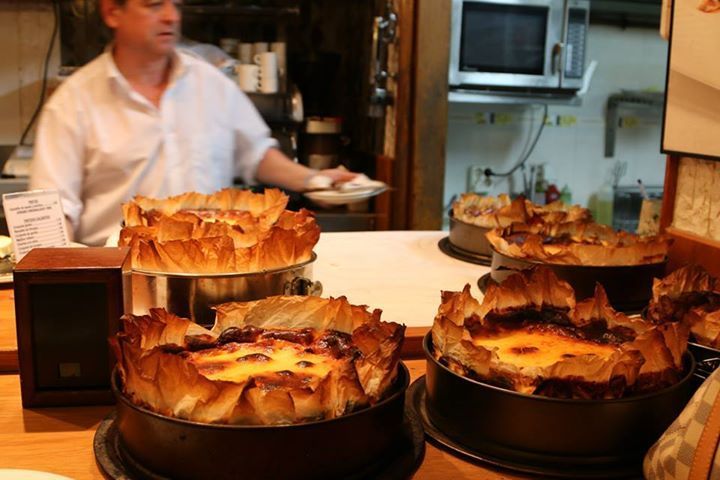 And as for Bar la Viña, one word: cheesecake.

Were there any new ingredients or products that you discovered?
There is absolutely nothing else like the “lamb skin” served at Mugaritz: a bacteria grown on tempeh and reminiscent of blue cheese and lemon.

What did you drink?
Tons of Spanish wine and beer; most notably, estate-grown txakoli.

Did you try any standout beverages?
The estate-grown sweet txakoli with desserts at Azurmendi was one of a kind and truly delicious.

Did you receive any tips on eating there from the locals?
Go visit the family at Gran Paladar for the local scoop on drinking and dining while cryovacing a few sausages for the trip back.

How will you implement aspects of this trip at Betony?
The most impressive and actionable aspects of the trip all relate back to the idea of balance. Service can be warm and attentive while always conveying a sense of place. Likewise, food can be inventive and delicious without being fussy.

What, if anything, did you bring back?
Sausages for the managers and sous chefs!

Where do you want to travel to next, and why?
There are so many places to investigate, but South America is calling right now!