Until last year, I had only been to a handful of Peruvian restaurants. Most were the casual, rotisserie chicken type — Peruvians make a mean roast chicken — but it wasn’t until last year that I started hearing about more upscale Peruvian restaurants. While visiting London, a friend scored a table at Lima London, which having just won its first Michelin star, was experiencing the first glow of being the hot new thing. Lima, of course, has a renowned dining scene, and here was that feeling in London. The food was worlds apart from the Peruvian bakeries I visited in college for the sweet caramel sandwich cookies known as alfajores, or those Peruvian chicken joints like Pio Pio that have popped up in every city in the States.

Despite Peruvian cuisine coming into its own as a universally recognized gastronomic bounty, surprisingly few folks know much about Peruvian cuisine beyond guinea pigs and Pisco. In the first part of decoding the mysteries of Peru’s vast culinary history and refined present, we dive into the country’s national spirit as well as purple beer, quinoa and the wide world of potatoes.

Cultural mash-ups
Peruvian restaurateurs like Gastón Acurio have been debuting restaurants around the world like crazy, with La Mar de Gastón Acurio just opening its doors in Miami. A reason for the success? Peruvian cuisine has long seen culinary mash-ups — Japanese-Peruvian-Nikkei cuisine had been around in Lima for at least a century before making it to London (with Chotto Matte). Washington D.C. chef and restaurateur José Andrés’ ThinkFoodGroup is set to open its first Chinese-Peruvian restaurant, China Chilcano, later this year.

What is Pisco anyway?
It depends which country’s pisco you’re talking about. While Chile has developed a world-famous wine industry and produces much more pisco than Peru, most of Peru’s grape harvest we see in the States still comes in the form of pisco. It’s a grape brandy named for the Peruvian port from which it was first exported. The name stuck, and now both countries’ grape brandies go by this name. Peru’s national cocktail, the pisco sour, is a frothy, clean and crisp combination of Pisco, simple syrup, lime juice, egg whites and bitters. If you have a cast-iron gullet, and are feeling particularly brave, feel free to drink it neat.

So what’s the difference?: Peruvian pisco is short-fermented with the skins, then distilled in copper and finished in steel containers. The Chilean counterpart begins with wine that’s distilled and aged in oak. Peruvian pisco can also incorporate eight grape varietals, whereas Chilean only uses three (and usually waters it down a bit for palatability). 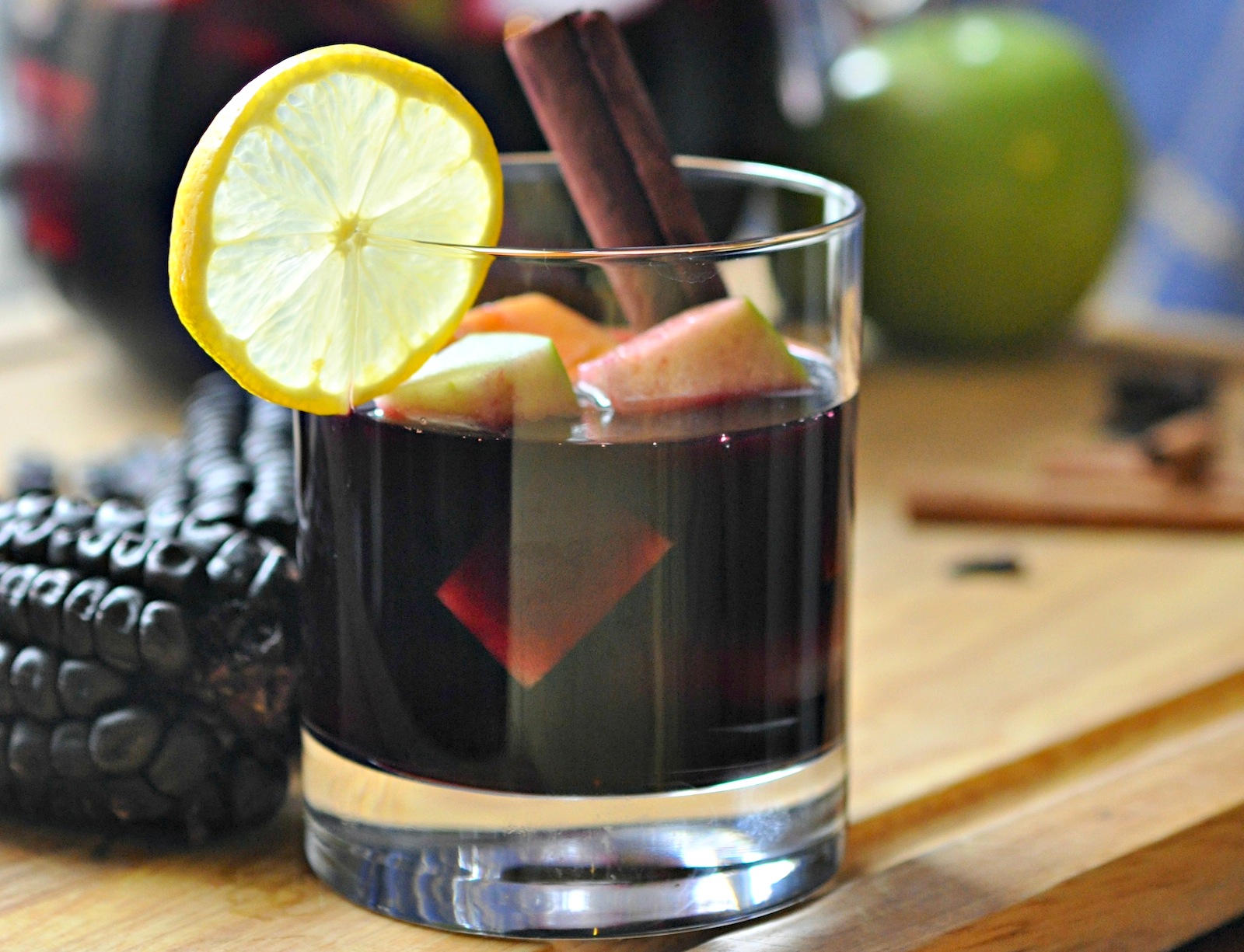 Purple beer
Peru does produce some wines in the Southeastern Ica Valley. They tend towards sweet, full-bodied whites and dry reds. There’s also chicha, a fermented corn beer, not to be confused with the boiled, spiced purple corn-pineapple drink chicha morado — literally “purple beer,” which is a popular non-alcoholic drink akin to soda. Fun fact: before Coca-Cola began growing its Coca supply on U.S. soil in the 1960s, they imported the leaves from Peru. Luckily for Peru, many former coca growers have returned to coffee and cacao crops, which have been grown in Peru for centuries.

Mother of plant-based cuisines
Since Peru has an extraordinary amount of biodiversity, ranking 4th most diverse in the world in terms of plant life, they have an incredible variety of edible plants. As in, there are almost 4,000 types of potatoes. You heard that correctly. Potatoes, tomatoes, squash, pine nuts and sweet potatoes all originated in the Andean highlands that straddle Peru, Bolivia and Ecuador. And let’s not forget that hippie-turned-“it-food” quinoa. It was known by the Incas as the “mother grain.”

A Spanish accent
After the Inca civilization fell to Spanish conquistador Francisco Pizarro in the 1500s, Peru, Bolivia, Ecuador and part of Chile were part of the Viceroyalty of Peru until the 1800s. This is why you’ll see some dishes in common between the countries and why you’ll see some Spanish influence in coastal Peruvian food. The Spanish brought onions and rice, which became an integral part of Peruvian cuisine on the coast.

Did we mention potatoes?
As mentioned, potatoes are a big deal in the country’s cuisine, with many dishes using a particular type of potato. Papa amarilla is a yellow variety often used for causa, a dish of potatoes, avocados and aji amarillo chiles with lime and garlic. In the Andes, meals of grilled corn and dried potatoes (chunos) are a staple dish, fortified with llama, alpaca or beef jerky. And yes, sometimes you will see guinea pigs roasted on spits (but you’re unlikely to see that Stateside). Carapulcra is a stew you’ll see in Peruvian restaurants worldwide; it’s a fascinating dish — a throwback to the Incas. Potatoes were freeze-dried up in the mountains and left to cure in the sun until hard, making them more portable than regular potatoes. The potatoes are rehydrated with chilies, peanuts, cloves, star anise, cinnamon and pork to make carapulcra.

So, how do modern Peruvian restaurants outside of Peru get hold of the goods? Sometimes it involves adapting to what’s available locally, like Chef Diego Oka from Miami’s newly opened La Mar de Gastón Acurio. “We have 3000 types in Peru which are amazing, but here in the U.S. we adapt our preparations with the local ones!” Sometimes, it’s a combination of importing specialty products and working with local ingredients, like Lima London’s Head Chef Robert Ortiz: “Nothing is impossible nowadays in London; there are a number of suppliers willing to bring products from Peru, whether fresh or dried (and sometimes blast-chilled to keep their freshness).”

Check back later this week when we bring you more reasons to understand, and love, Peruvian cuisine.

More from Peru on Food Republic: