Last week, the chef Alex Stupak and his wife Lauren Resler of Empellon Cocina and Empellon Taqueria in Manhattan traveled to Oaxaca to explore its cuisine, meet its producers, and wander through the marketplaces of one of the most biodiverse regions in the world.

The couple has traveled to Oaxaca several times before but this time they decided to add a cooking class with one of the most ardent proponents of Oaxacan cuisine to their schedule.

The iconic chef Susana Trilling is a Texas native who traveled the world before settling in Oaxaca, Mexico nearly 25 years ago. Trilling grew up eating her Mexican grandmother’s Tex-Mex cooking, which inspired in her a lifelong appreciation for the power food has to unite us and forge bonds of understanding no matter how different we are from one another.

She ran restaurants in Manhattan before moving to Australia to consult on another project but never felt quite fulfilled until she realized it was time to return to her roots and relocated to Mexico.

It was in Oaxaca that she fell in love with a farmer from Holland, raised two sons (who are now both chefs in Houston), started writing cookbooks, leading culinary tours and built a cooking school that tourists and locals flock to for Trilling’s comprehensive classes that offer hands-on cooking lessons as well as an informed discussion about why Oaxacan cooking is all the rage these days.

Trilling’s passion for Oaxacan cuisine and the producers who grow the ingredients comprising one of the most eco-rich places in the world is infectious. In this interview for Food Republic, she discusses why she fell in love so many years ago with Oaxaca and its people, as well as how she survived the unrest in her Mexican state in 2006, and more.

Why did you decide to move to Oaxaca in the first place?
I first visited Oaxaca on vacation. I had worked for years as a chef in Manhattan and was feeling burnt out. I actually came here for the first time during a transitional period in my life when I needed to create a little distance between myself and the restaurant kitchen.

I volunteered at a school for the disabled at first and during that trip I fell in love with the food, people and beauty of Oaxaca. I had traveled to other parts of Mexico before but it was in Oaxaca that I felt I discovered the Mexico of my dreams.

I loved the colonial architecture, the incredible markets, the amazing food and the indigenous people who work so hard to keep their traditions alive. I didn’t realize it was a food capital at the time but of course, it quickly became clear to me that I was standing in the center of it all. 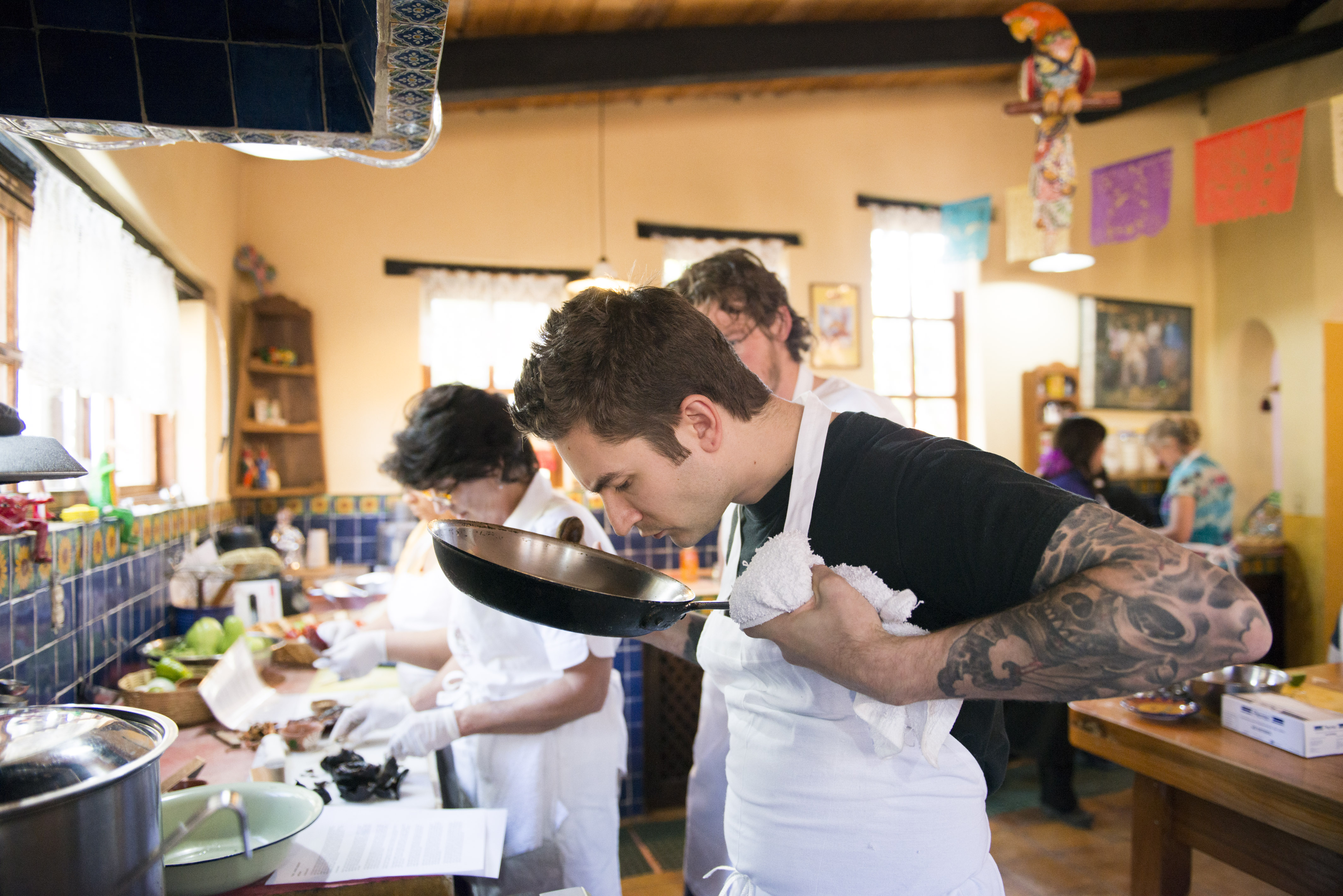 Alex Stupak at Seasons Of My Heart in Oaxaca last week.

What were the early years like after you moved?
I fell in love with a farmer from Holland. We are now divorced but in the early years, when we were married, it was all about digging in and working to survive. I didn’t speak any Spanish at first and because we were selling what we grew at the local markets, the first words I learned were all about food and agriculture. When I gave birth to my first son, the next category of words were all about children and raising a family. I learned like that, step by step, like a child would.

I had been a Mexican chef in New York but it soon became apparent to me when I arrived in Oaxaca that I had to start all over again and learn the Oaxacan way of cooking. My cooking beforehand was informed by so many other influences but in Oaxaca, there is an ancient way of doing things, cooking things and growing things that feels to pure and honest. There is a lot of integrity in the cooking that is rooted in a reverence for tradition.

Why did you decide to open your cooking school, Seasons of My Heart?
For the first four years after moving to Oaxaca, we were just trying to survive by selling what we grew but after having my son, I realized we would need more stability than what came from selling tomatoes and other products at the market. It was easy to move around before I had him but now I needed to settle down and do something different.

At first, I started teaching classes to the local women. They of course didn’t want to learn about Oaxacan cooking, they wanted to learn how to cook American dishes like pizza and brownies. I then started teaching international courses like French and Italian cuisines. Many of my students were restaurant chefs in Oaxaca who wanted to add more to their repertoire.

Word spread that I was offering classes in Oaxaca and at first I was the only one doing it, so tourists who wanted something different started coming, and they of course wanted to learn about Oaxacan food. It grew from there. We added a bed and breakfast component for a while and I’ve always included visits to the markets since this is where you really learn about the true spirit of Oaxacan cuisine.

Did the civil unrest in Oaxaca in 2006 affect you?
Yes, it had a great impact on us. Everyone stopped visiting Oaxaca for a while and times were tough. We really had to struggle to survive for several months. But in 2007, Andrew Zimmern of Bizarre Foods included me on his show and that really helped jumpstart things again.

Today, there are so many schools in Oaxaca and the climate feels different than it did in those early years, but I love the enthusiasm and curiosity of the students who take my classes today. They really want to learn about what true Oaxacan cooking is all about and that’s very gratifying. 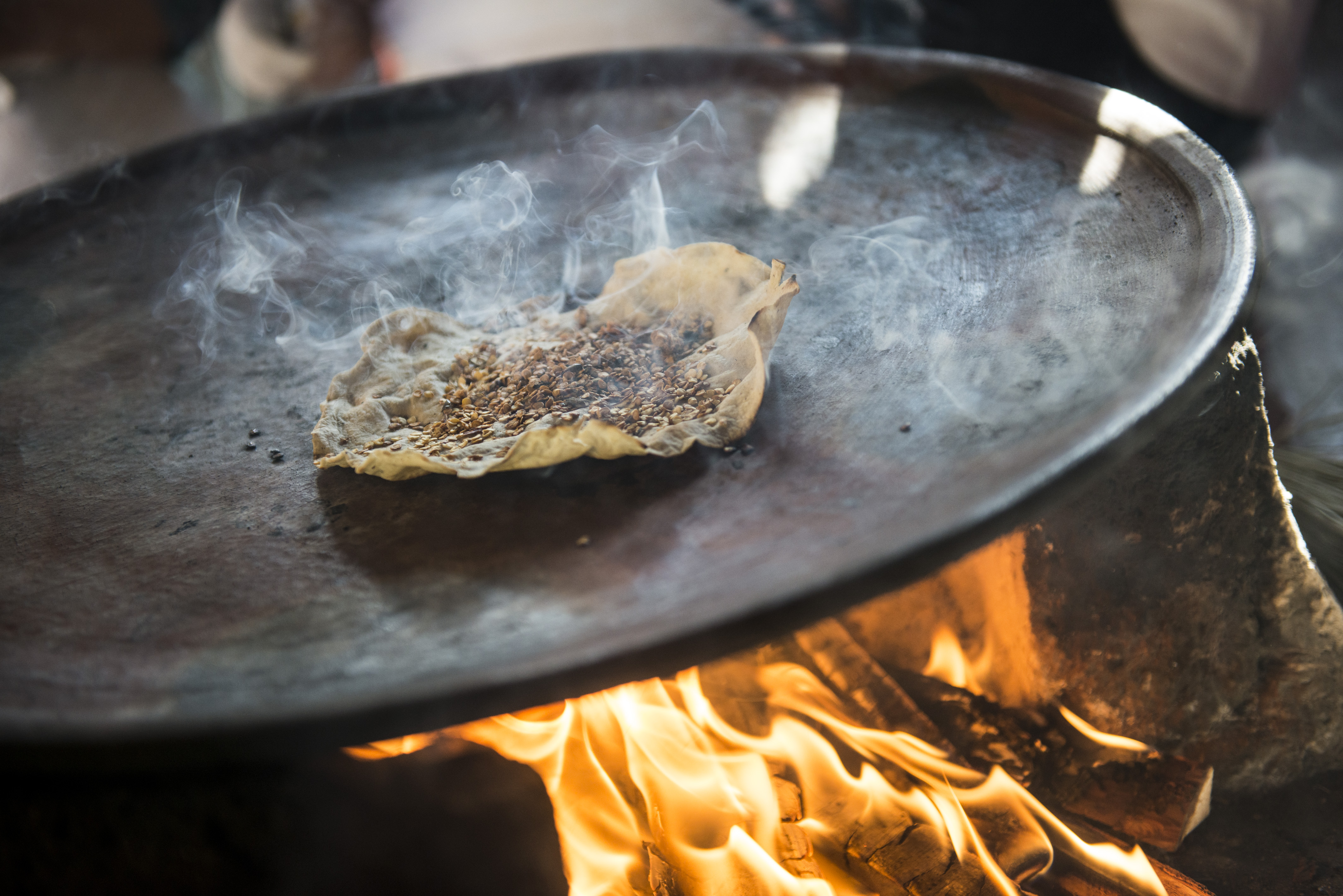 You work with several producers in Oaxaca to get their products to market. What are some of the biggest challenges Oaxacan producers struggle with today?
One of the biggest problems is climate change, just as it is the world over. Farmers used to know exactly when to plant their seeds, when to harvest, when the rains would come, when there would be dry spells. Today, that ancient knowledge is hard to depend upon since the weather has become so unpredictable in recent years.

I work with a lot of producers in very remote villages who are struggling to find a retail outlet for their products. This is another big challenge. For example, there are farmers in remote jungle villages who produce an enormous amount of passion fruit but of course, the fresh passion fruit season is fleeting. We are working with them to take their fruit and transform it into less perishable items like jams and jellies. This solves one problem but the next is finding a consumer base for it.

I first started buying products from regional producers during my culinary tours. We stay everywhere on my tours, from rustic jungle huts to five star resorts, and as we traveled, I would stumble upon an incredible product and buy up everything they had in order to provide them with some income. The problem was then finding people interested in buying it from me because I had so much of it.

Have you found a solution?
We’re working on it. I’ve started selling products such as Oaxacan chocolate, jelly, jams, moles, sea salt and vinegars at the school. We’re also hoping to be in the Mexican Pavilion of The Fancy Food Show in New York this summer. It’s not a definite yet but I hope it will happen, because I know once Americans are able to taste these products, they will fall in love with them in the same way that I have.

What do you love most about Oaxacan cuisine?
There is so much biodiversity here. Seed exchange is still a fundamental part of who the people are and food in general is revered. Oaxacans are the original foodies and I am impressed time and again by how sophisticated and nuanced their palates are.

I’ve never met people who are more in love with food and who so cleverly transform their raw ingredients into dishes that you find yourself dreaming of long after the table has been cleared. It makes sense that Oaxacan cuisine is receiving so much attention these days. There is no other place I’ve discovered where its people are so passionate about cooking and so gracious in their hospitality. It’s a dream.